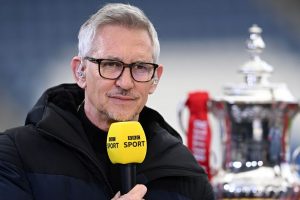 Gary Lineker has signed a "multi-year agreement" to present fixtures from Spain’s top flight for LaLigaTV from next season – having turned down a renewal offer from BT Sport.

The former Leicester and England striker will juggle the role with his Match of the Day duties, and will regularly feature on their VIVA LaLiga studio programme, which is broadcast live from Barcelona.

The 60-year-old looks set to have a very busy schedule for the foreseeable future, having promised to follow Leicester across Europe with his sons following their Europa League qualification.

Lineker, who has watched every weekend of La Liga action for the last two campaigns, played for Barcelona between 1986 and 1989, scoring 52 goals across 137 outings and winning one Copa del Rey. Lineker said of the announcement: “I’m thrilled to become a part of LaLigaTV, a channel I’ve watched every weekend for the last two seasons.

“I have fond memories of my time playing in Spain and very much look forward to sharing the excitement of LaLiga with viewers in the UK and elsewhere.”

"He has a vast portfolio of presenting experience and an in-depth knowledge of Spanish football. We look forward to witnessing the expertise, energy and passion he will bring to LaLigaTV.”

Will you be watching LaLigaTV hosted by Gary Lineker from next season? Give us your thoughts in the comments

Having said of his decision to leave BT Sport back in May: “I would like to thank BT Sport for the generous renewal offer but, after much thought, I have decided to call it a day.

“I feel it’s time to do things that I’ve always promised myself I’d do: such as follow Leicester across Europe with my sons (how many opportunities will we have?).”

Lineker will also front upcoming ITV gameshow Sitting on a Fortune, in which contestants could win up to £100,000. He said earlier this month: "Really looking forward to this."

As far as his Match of the Day duties are concerned, the 1986 World Cup Golden Boot winner signed a new contract with the BBC until 2025 back in 2020.

His roles with the broadcaster include FA Cup coverage, and BBC Sports Personality of the Year as well as major tournaments, including their recent Euro 2020 fixtures.

He said at the time: "I love working with the BBC, and am very proud to continue to be a part of their outstanding football team.

"I'm looking forward to the next five years – with a European Championship and World Cup on the horizon, it's exciting times for me and the team."