Gareth Southgate’s rallying call to England ahead of Croatia clash

Go for it! Gareth Southgate’s rallying call to England squad ahead of crucial Nations League clash against Croatia

Gareth Southgate was asked about the group permutations going into Sunday’s UEFA Nations League showdown against Croatia. His response was unflinching.

‘It’s dead simple, really, we just go for it,’ said the England manager.

‘There’s no point in hedging our bets that we might do this, we might do that or we need a 0-0. We have a chance to get through what has been a really strong group, so for me we just focus on going for the win.’ 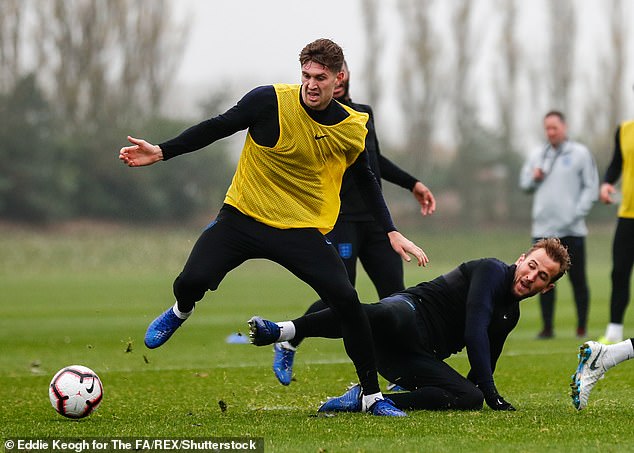 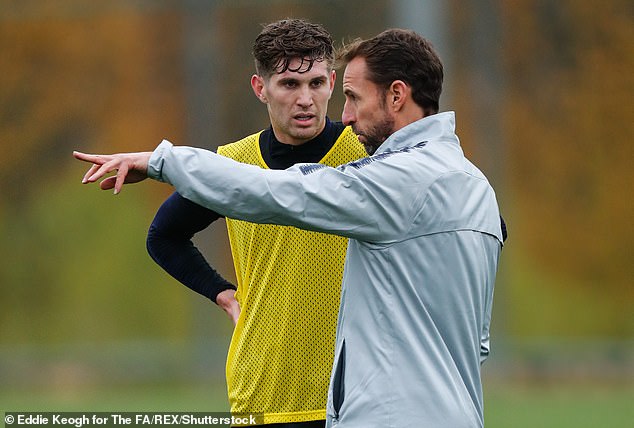 It is a refreshing attitude that shows just how much the mentality has improved under Southgate.

Victory will see England finish top of the group and qualify for the semi-finals next June. Lose and they will suffer relegation into the second tier and Croatia will go through.

Southgate, though, is not contemplating the latter.

‘We want to achieve consistent performances and continue to improve and learn as a team, and these UEFA Nations League games have given us a really good test,’ he said.

‘It is unprecedented that you come off the back of a major tournament and have so many strong tests in such a short period. 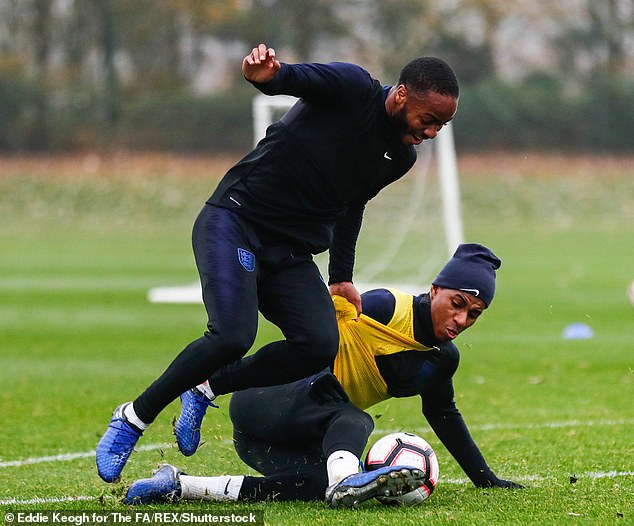 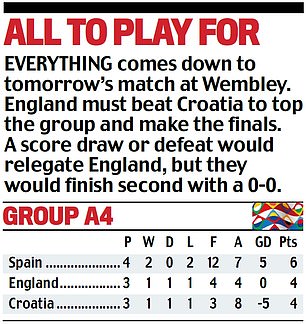 ‘It’s been really good for us as a way of learning and improving what we do with and without the ball, gaining some belief, but also we have some new players who have emerged in that period as well. We are pleased with the progress up to this point and we want to finish that well.’

Once more, Croatia stand in the way. They denied England a place in the World Cup final in Russia last summer on a heartbreaking night for Southgate in Moscow.

And in 2007 they stopped England qualifying for Euro 2008 with a 3-2 win at Wembley — when manager Steve McClaren was famously dubbed the Wally with the Brolly.

But Southgate is not wasting time reflecting on England failures. He is too occupied with steering their future and on Sunday he will recall senior players to his starting XI after selecting an inexperienced side for Thursday’s 3-0 victory over the USA.

Harry Kane will lead the attack, with Raheem Sterling and Marcus Rashford expected to play either side of the England captain.

Jordan Henderson will return to the midfield, with Southgate considering playing Eric Dier next to him in search of more stability in an attempt to nullify the threat of Luka Modric, who has lost his midfield partner Ivan Rakitic, ruled out by an injury suffered in Thursday’s win over Spain. 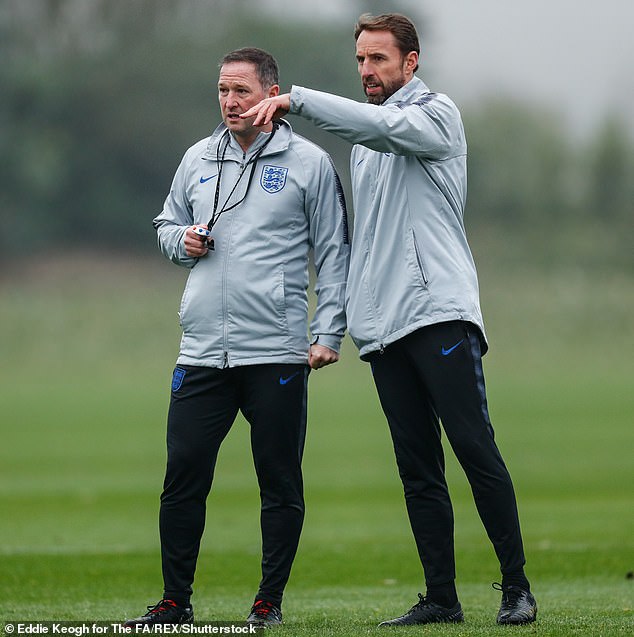 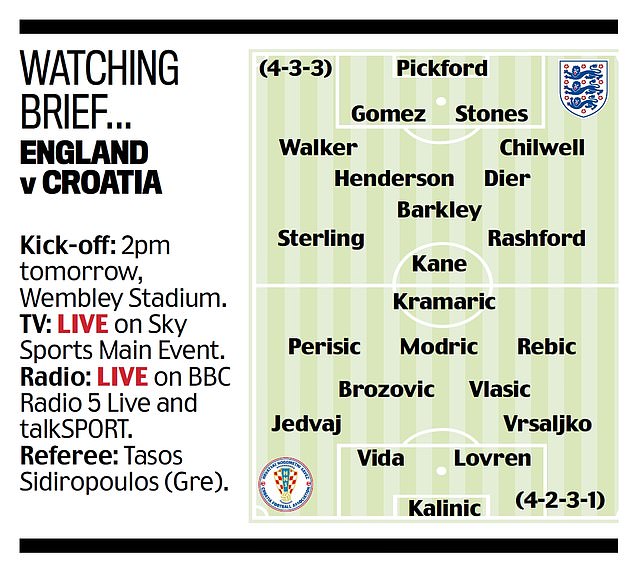 Joe Gomez, provided his achilles injury does not flare up, and John Stones will return at centre half, while Kyle Walker and Ben Chilwell are set to fill the full back roles.

‘I don’t think that game (in 2007) is a reference for me. It is about our team now,’ said Southgate. ‘We play a team that we hugely respect with real competitors and warriors. We didn’t get over the line in the summer and we want to try to prove that we have learned from that and have improved from the summer.

‘That’s what we’ve tried to do over the last 18 months. We’ve got players who should feel that it’s their moment to deliver on this stage and show what they can do.

‘The game on Thursday was a different situation, because we took quite a risk. We put a lot of players in for their first games, a team that hadn’t had the chance to play with each other.

‘This is a bit different. We’ve got some players who have played together for a while, who should have a good understanding of how we want to play.’ England have been here before — Wayne Rooney’s final international appearance on Thursday sparking thoughts of what might been. 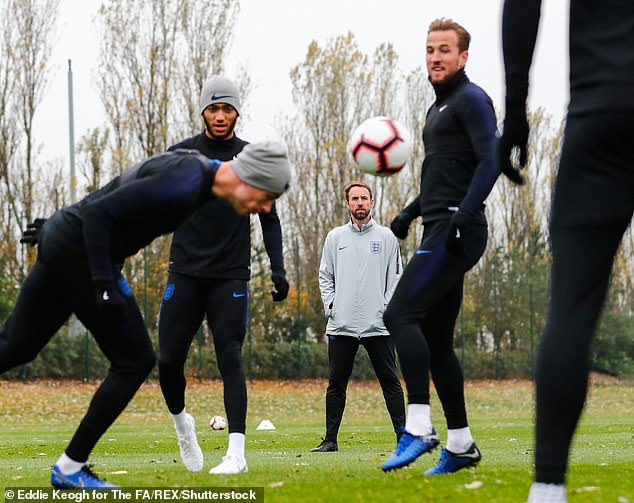 But with Rooney’s international farewell — and the circus that accompanied it — out of the way, England are facing similar questions. Finishing fourth at the World Cup has raised expectations. Can this side succeed where others have faltered?

Sunday will provide a good indication. Many will say Southgate’s team do not possess the individual brilliance of former England teams.

The argument is entirely valid, though that is not to say the current squad are lacking creativity. The emergence of Jadon Sancho provides evidence of an increasing talent pool. And Reiss Nelson and Mason Mount could soon be fixtures in the squad, with the likes of Ryan Sessegnon and Phil Foden also pushing for inclusion.

Equally, there is a growing confidence within the England camp that West Ham’s Declan Rice will switch international allegiances from the Republic of Ireland in the coming weeks.

If those youngsters fulfil their potential, then England could have a squad to rival that golden generation.

But for now, it is time for Southgate’s England to prove their recent resurgence is not another false dawn. 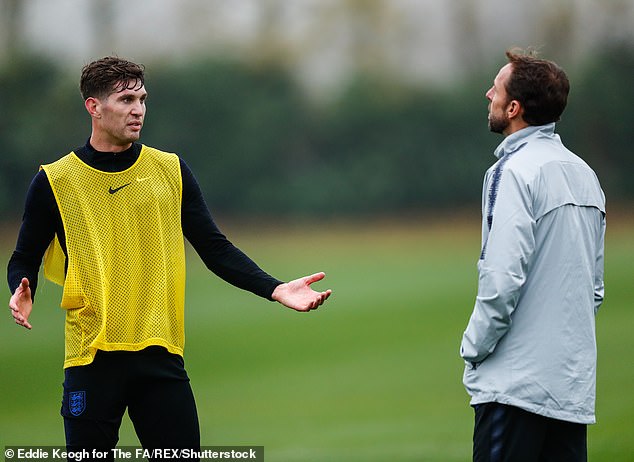