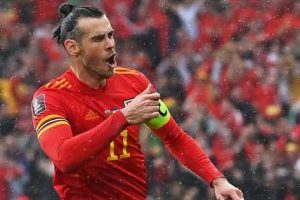 Dean Saunders believes free agent Gareth Bale will head back to the Premier League for next season and Newcastle would be the perfect destination.

The 32-year-old former Tottenham star was released by Real Madrid after his contract expired but so far hasn't given anything away regarding his future. Bale featured in Wales’ qualification to this year's winter World Cup and it's very likely the huge £500,000-a-week salary he made at the Bernabeu would be slashed to get himself a new club.

And Saunders, who played for Nottingham Forest, Aston Villa and Liverpool during his playing career, has opened up about how Bale joining Newcastle would make the most sense. Speaking on TalkSport, the 57-year-old ex-striker said: ''If I could pick a club for him to go to now, I'd say sign for Newcastle. They've got a project; they're going in the right direction – he would slot in."

''The fans right now in Newcastle, because I've been there and I worked there – and I realise how much they love the club – right now they could sell 80,000 season tickets.'' So far Bale has been linked with moves to Cardiff City, former club Spurs, where he was even loaned back to, as well as Forest.

Bale – who is Wales' record goalscorer with 39 strikes for The Dragons – also spoke about his ambition to prioritise the upcoming World Cup in the winter.

Do you agree with Saunders' assessment? Give us your thoughts in the comments section below.

The five-time Champions League winner said via the Chronicle: "It influences it (his decision), I want to play heading into the World Cup and to be as fit as I can obviously.

"The manager said ideally he wants everybody to be playing and everybody wants to be playing. Hopefully, I can enjoy my holiday and then decide where I want to be from there.”