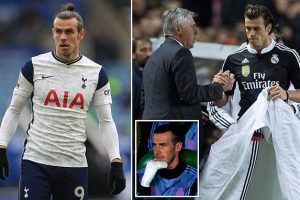 Gareth Bale has described Carlo Ancelotti as a ‘great manager’ and expects to speak to the new Real Madrid boss after the Euro 2020 tournament.

Bale spent last season on loan at Tottenham and has one year left on his sizeable Real contract, and Ancelotti’s return to the Bernabeu after leaving Everton could increase the likelihood of the Wales forward staying in Madrid.

‘I know Carlo Ancelotti is a great manager. I get on with him really well, we had some great times in the past,’ Bale said ahead of Wales’ final Euro 2020 warm-up game against Albania in Cardiff on Saturday. 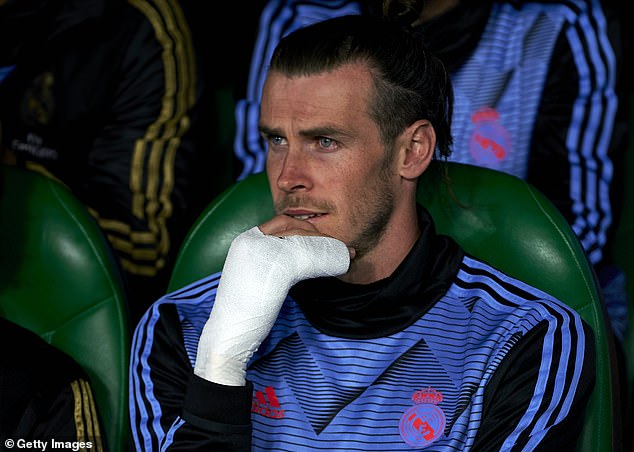 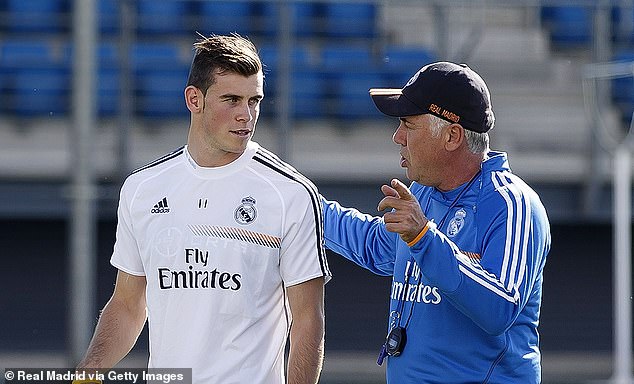 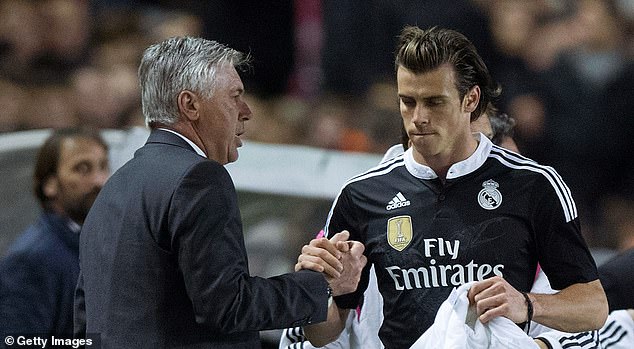 The former Everton boss was in charge when Bale signed from Tottenham Hotspur for a then-world record price in 2013, and the pair won the Champions League together later that season

‘As soon as the Euros finishes I’m sure I’ll have a conversation and then I’ll go from there.’

Bale, 31, said after the final game of his Tottenham loan spell last month that he knows where his future lies after this summer, but claimed it would ’cause chaos’ if he reveals it.

Ancelotti was in charge when Bale joined Real from Spurs in September 2013 and the pair won the Champions League together that season. 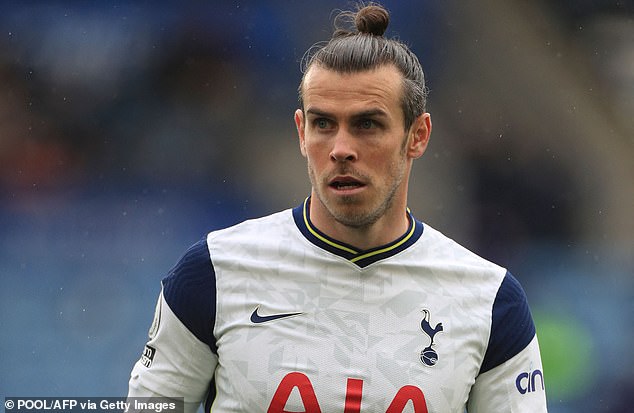 Bale was on loan at Spurs last season, helping them qualify for the Europa Conference League 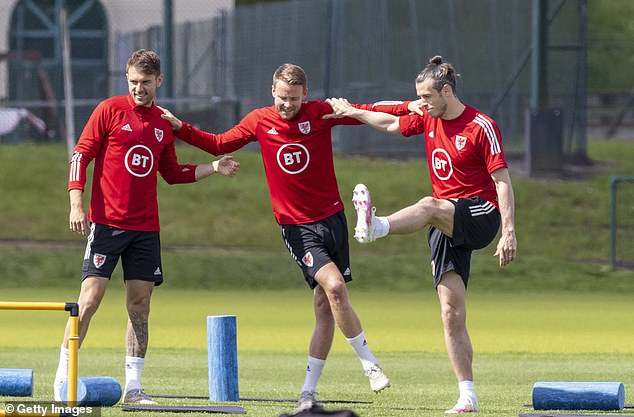 The Welsh forward was frozen out under Ancelotti’s predecessor Zinedine Zidane at the Bernabeu, and was allowed to join Tottenham after only making 20 appearances and scoring three goals in all competitions in the 2019/20 season.

However, he has still enjoyed a glittering spell at the Spanish giants, winning four Champions League titles, two LaLigas and the Copa del Rey during his eight-year stint at the club.