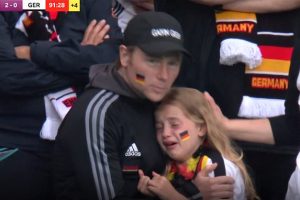 JustGiving page for German girl who was seen crying during England’s victory at Wembley was set up to ‘call out vile online abuse’ – not because her team lost, says organiser, as fundraiser hits £26,000

The man who set up a JustGiving page for a German supporter who was seen crying during their 2-0 defeat at Wembley says the fundraiser was launched to call out vile online abuse.

With England 2-0 up going into injury time of the last 16 tie, cameras picked out the distraught young girl in the crowd, who had to be comforted by her father.

The image was widely shared on social media with many posting abusive, xenophobic comments. 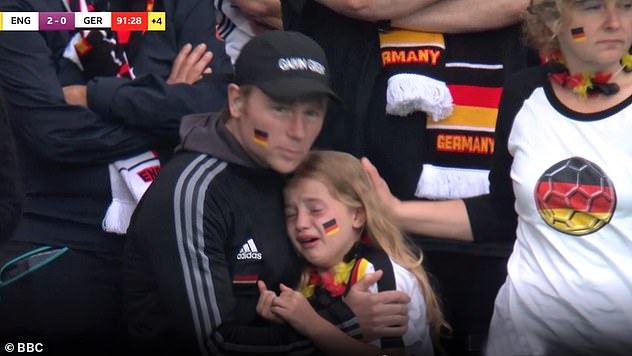 Collymore shared pictures of some of the comments and said: ‘No words needed’.

Newport man Joel Hughes decided to set up a fundraising page for the girl. His initial target was £500 but that figure has now risen to much as £26,000, which led some fans to question why there was a need raise money.

Hughes took to Twitter to explain that he set up the page to ‘call out vile social media abuse.’

He said: ‘This shouldn’t have to be said but here goes… The campaign is NOT just about a little girl crying because her team lost a football match.

‘It is about: calling out vile online social media abuse; trying to add a voice of positivity into these increasingly intolerant times; intolerant, divisive times that are actively encouraged by our shambolic gov; show the world and our European friends and neighbours that the highly visible, and highly vocal negative minority in the UK do *not* represent us all. And that there is goodwill left (sic)’.

On the fundraising page, Hughes explained how ‘an unsavouraby (sic) element of social media piled in on this photo of an upset little girl’.

He added: ‘Yes, there are more people affected by this than just this little girl but hey, this is just meant to be a token of goodwill. Yes there are other potential good causes – but I’ve picked this. 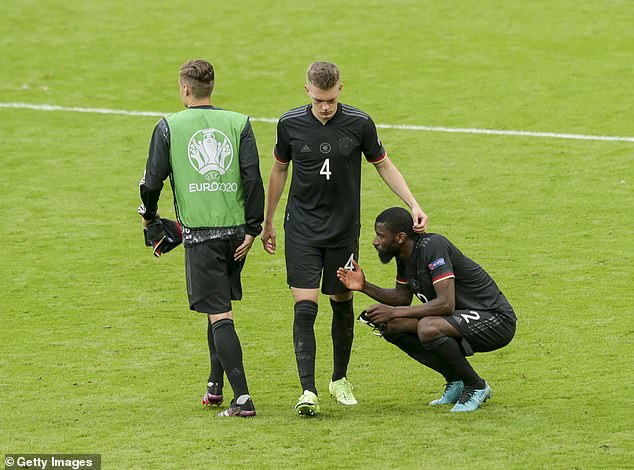 ‘I’d like to think that the parents of the little girl will spend this on a nice treat for her so that she knows that not everyone from the UK is horrible and that we care.

‘No, I don’t think this will change the world. But it can do one thing for that little girl.

‘No, I don’t know who the girl is (yet) but I know social media can sort that out.’

Hughes has not been able to get in touch with the girl’s family but said he has some ‘strong leads’ and is in touch with a number of German journalists.