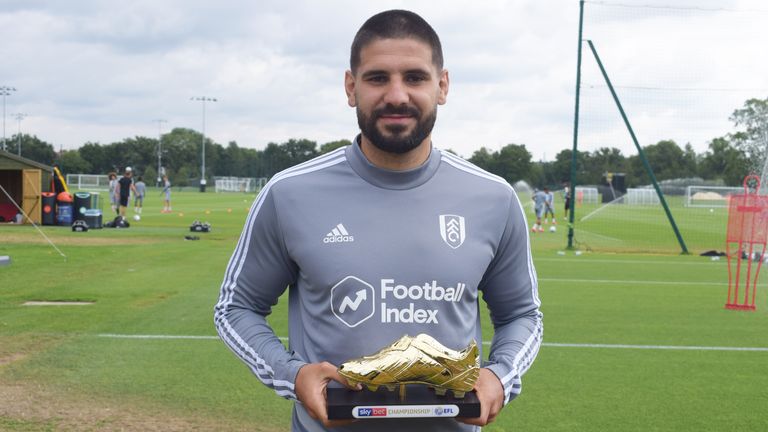 Mitrovic faced stiff competition throughout the season from local rival Brentford’s striker Ollie Watkins, but the Serbian’s 26 goals, scored in just over 3,500 minutes on the field, were enough to secure the award.

A double in the penultimate match of the season, against Sheffield Wednesday, allowed Mitrovic to leapfrog Watkins into poll position, with neither strikers able to add to their tally as they chased automatic promotion on the final day.

The award, which takes into account all league games, and does not include Play-Off fixtures, was presented to Mitrovic at training after the final game of the season last Wednesday.

Mitrovic said: “It’s a nice honour. It means I did my job well this season, so I’m happy with this. Of course I want to thank my team-mates and manager, everyone at the club who helped me to win this. I want to say a big thank you because without them I wouldn’t have won.

“It’s a nice award and I’m happy to win it. Now hopefully we can finish the job and get promoted. It would be nice to follow this award with one more Play-Off winner’s medal. That’s what we’re working towards and hopefully we can do it.” 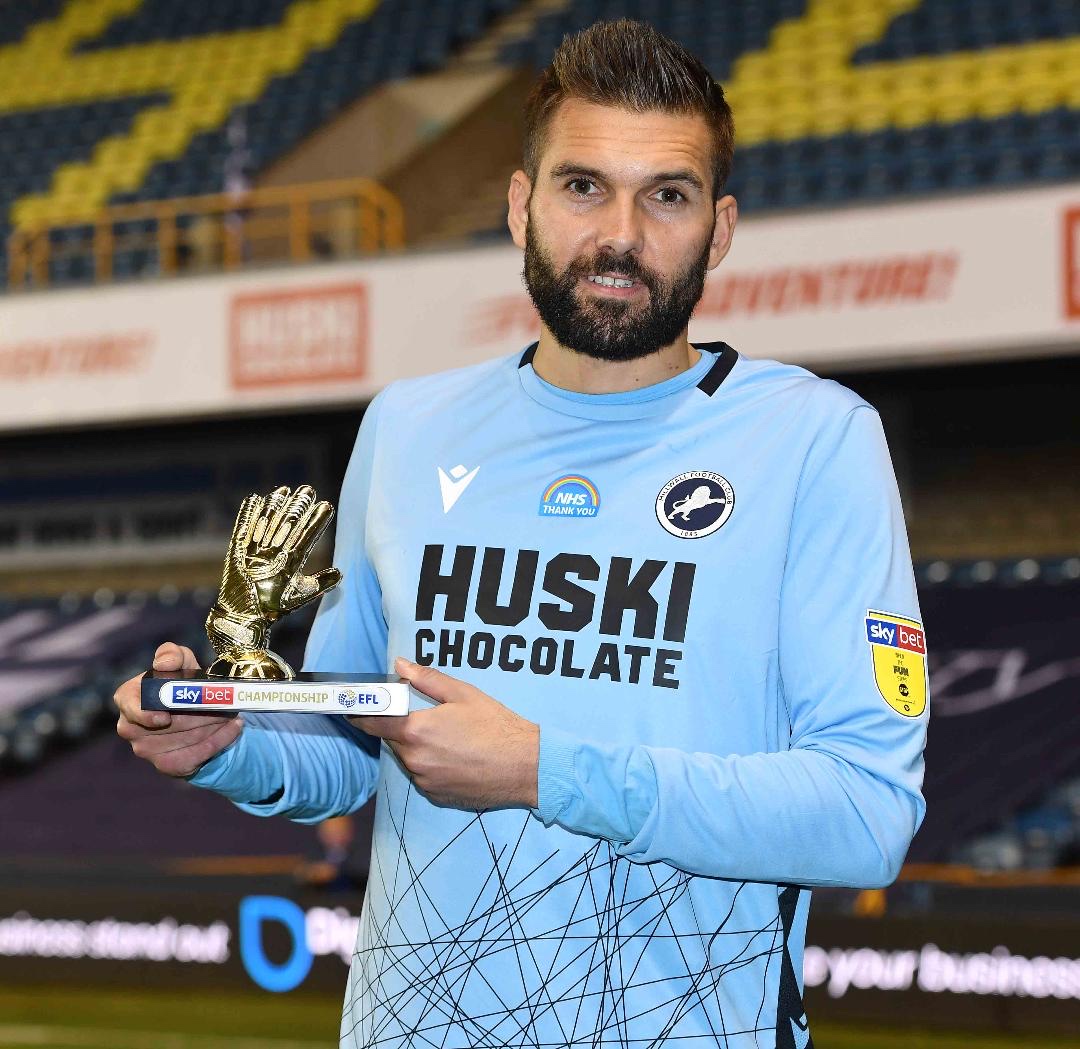 The Brentford and Millwall goalkeepers David Raya and Bartosz Białkowski have shared the Sky Bet Championship Golden Glove award for the 2019/20 season.

Raya and Bialkowski both finished the season with 16 clean sheets, one ahead of both Leeds United’s Kiko Casilla and Wigan Athletic’s David Marshall.

The awards, which take into account all league games, and do not include play-off fixtures, were presented to both of the winners after the final day on Wednesday.

Białkowski picked up this award in his first season at The Den, where he played in every one of their 46 league games, after replacing the injured Frank Fielding in the 43rd minute of the opening day fixture against Preston North End.

Białkowski said: “It’s an honour to win this award and I’d like to thank all of my team-mates for working so hard each and every week to make it possible. 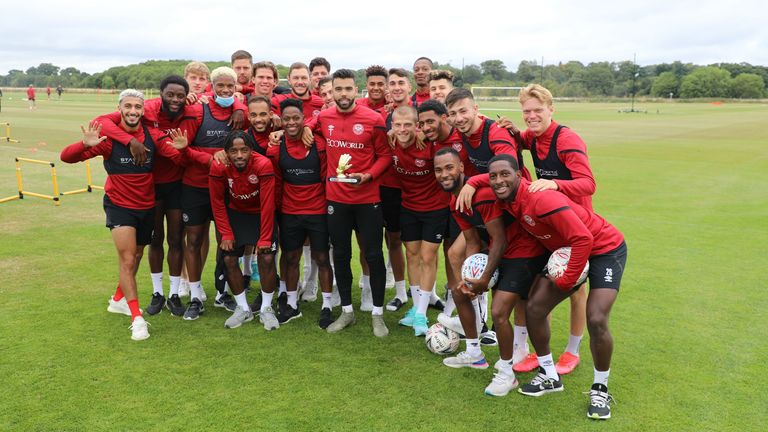 Raya came close to winning the Sky Bet League One award two seasons ago when he was Blackburn No 1, but went one better this season as a vital member of the second-meanest defence in the Championship.

“Without them doing what they do, as well as they do, my job in goal would be impossible but thanks to them we were able to secure many clean sheets over the course of the season.”