‘I will keep on him because I want more’: Frank Lampard expecting Tammy Abraham to continue getting better and better as he praises in-form striker for answering his critics

Frank Lampard praised Tammy Abraham for his emphatic response to his early-season critics but insists he will keep on his in-form striker’s case because he wants even more from the youngster.

Abraham rounded off his dream week by kick-starting Chelsea’s victory over Southampton with an impressive lobbed opener.

It came after he celebrated his 22nd birthday on Wednesday by scoring his first Champions League goal, against Lille, and was then rewarded for his impressive form with an England recall the following day. 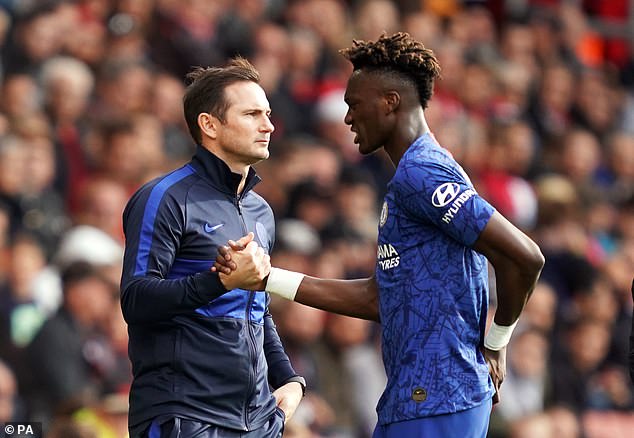 Abraham now has nine goals for the season having started the campaign with some doubting whether he had what it takes to lead the line for Chelsea and score at the highest level.

Lampard said: ‘When people are in good form, things happen for them. And that comes from how Tammy has handled himself all season form the early moments when people were questioning him. ‘The work ethic behind the scenes that gets him in such good nick. I trusted in Tammy at the start of the season.

‘He has made the position his own in the short term. Over the season we will need everybody and he deserves a great start to the season. I will keep on him because I want more.’

Chelsea head into the international break on the back of four straight wins and have climbed up to fifth in the league. 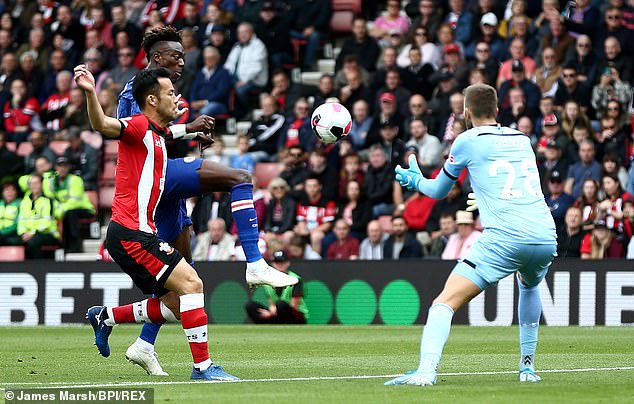 Lampard said: ‘If we can keep going with that then yes, we will be challenging right up there I hope.’

Lampard, though, was also forced to condemn chants from the away end which included a song about ‘pikeys’.

‘We don’t want to have chants and stuff that is discriminatory to anyone,’ Lampard said. ‘And I think we all need to look at it.

‘It’s a wider problem than Chelsea, without a doubt. But it shouldn’t stop us talking about it.’

Southampton boss Ralph Hasenhuttl’s frustration with his side’s defending especially during the first half was clear to see and he pulled no punches in his assessment of their performance which continued their poor form. 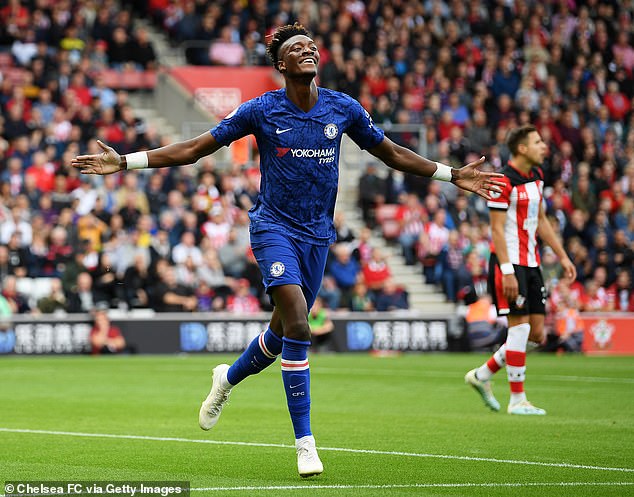 They have now won just two of their last 13 league games. He said: ‘If you invite them to score then you don’t have to wonder that they do it.

‘At the moment our work against the ball is not good enough. This game today was a little bit too easy for the opponent.

‘In total it’s not enough at the moment and that is why we have two intense weeks in front of us.’