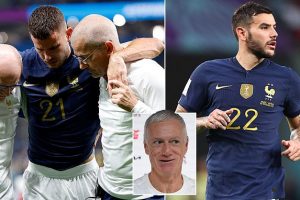 It was a bittersweet moment for any sporting family.

When Theo Hernandez made his World Cup debut in France’s game against Australia, it was the crowning moment of an increasingly impressive career. The only problem was that he was replacing his injured brother.

Lucas Hernandez, the elder by 19 months, was part of France’s victorious squad four years ago and had edged out Theo for a starting spot at left back.

Yet Lucas’ dreams of retaining the Cup alongside his brother were ruined after just 13 minutes of the opening match. The Bayern Munich star damaged his anterior cruciate knee ligament and faces a long spell on the sidelines. 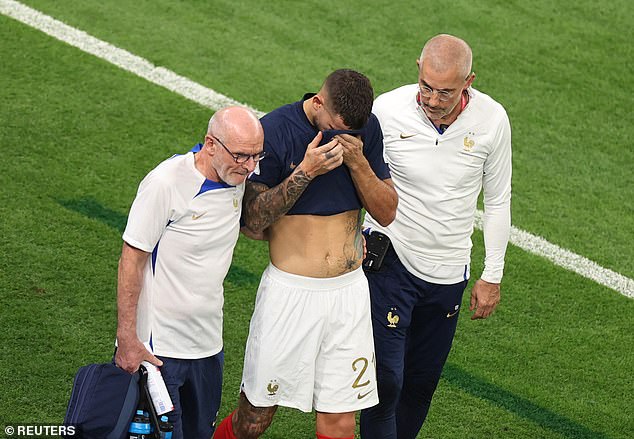 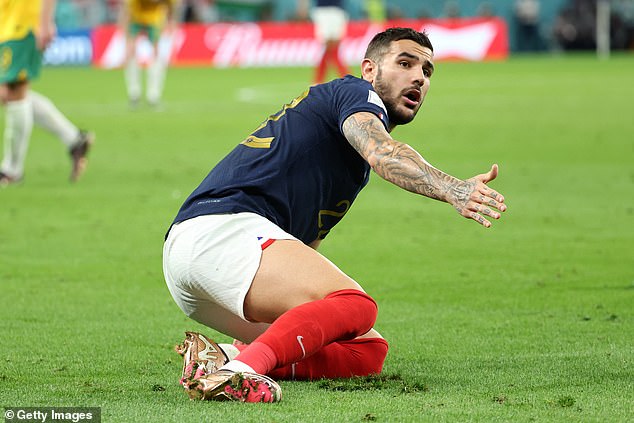 It was desperate luck and made his remarks last autumn even more poignant.

The brothers were named in France’s squad for the Nations League Final Four, won by Didier Deschamps’ men, and playing together was clearly a huge source of pride.

‘We couldn’t have dreamed of this as children,’ said Lucas. ‘It is exceptional, incredible. What a moment for the whole family.’

‘It’s an honour to be here with my brother,’ added Theo. ‘My mum, my grandfather and the whole family are very happy.’ 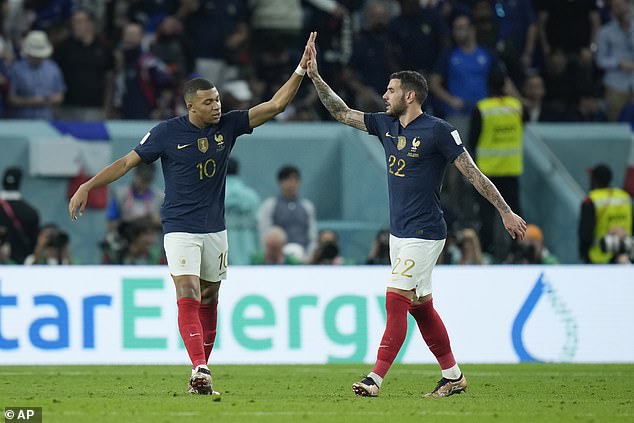 Theo would not have wanted it this way, of course, but Lucas’ absence means he now has the chance to become one of the stars of the tournament.

Because anyone who has watched Theo regularly for AC Milan knows that, at his best, he is possibly the best left back in the world, and it was surprising that he was not included in the original starting XI.

His pace and physical presence mean he is a formidable opponent for any winger, but he really makes the difference at the other end of the pitch. Not many players run a game from left back but Theo can.

When Milan have the ball, manager Stefano Pioli essentially gives his star man a free role, allowing him charge into central areas and create a daunting attacking force.

He scored five times and produced seven assists as AC Milan won the Serie A title and has two goals and four assists in the current campaign. 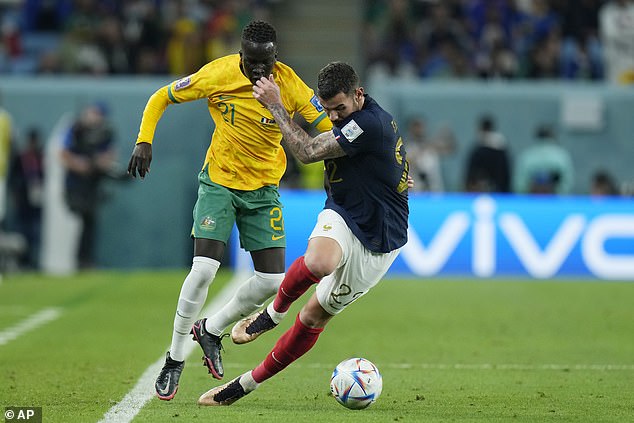 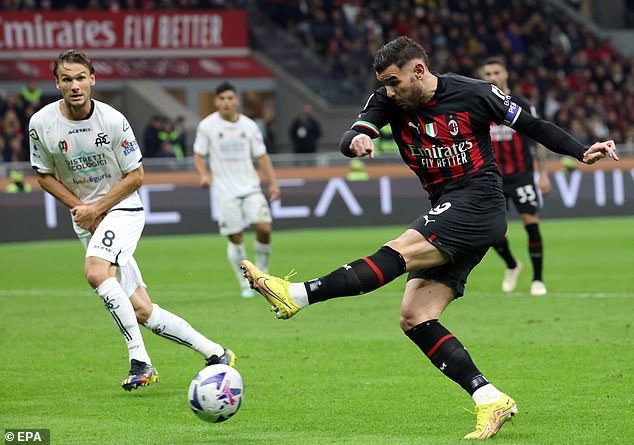 Handily for Milan, Theo signed a new deal earlier this year, which ties him to the Italian champions until the end of the 2025-26 campaign.

Compared with the Premier League elite and other European giants, Italian football is not flush with cash, meaning that even their most famous clubs need to trade to keep the balance sheet healthy.

Theo is already on the radar of a number of clubs and if his showing against Australia is any guide, that list will grow quickly as the tournament progresses.

Theo linked with Kylian Mbappe as though the pair had been playing together all their lives. His natural sense of adventure meant that, rather than simply looking after Mbappe, the Australian defenders had another opponent to worry about.

Theo’s desire to overlap also gave Mbappe space to drift inside and link with France’s other attackers. The champions produced a menacing performance to win 4-1. 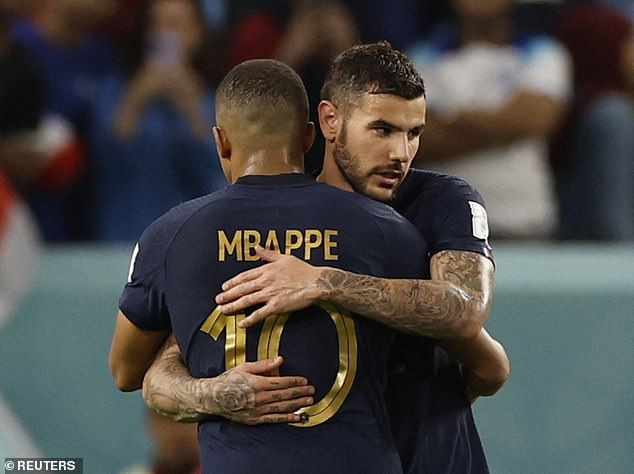 With England slated to meet France in the quarter-finals, there has been a great deal of discussion about how they might stop Mbappe, with the fit-again Kyle Walker identified as the best man for the job.

He would not be the only threat on that flank, though, and Theo’s presence at left back might tempt Gareth Southgate to revert to a back three.

Faced with such a positive player, Bukayo Saka would not be able to think only about attacking, as he could against Iran.

The chance to emulate his injured brother by delivering another World Cup – their third – for France is a powerful incentive for Theo.

‘Hang in there my brother @LucasHernandez,’ he tweeted they day after the win over Australia. ‘Stronger than ever before.’ Lucas will doubtless be his greatest supporter.