Four transfers that could happen in final hours of window including Man Utd, Chelsea deals 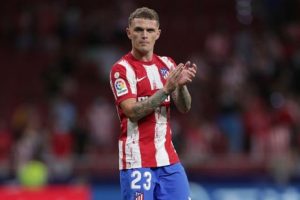 The transfer deadline is nearly upon us, with clubs having until 11pm on Tuesday to get any last-minute deals over the line. And club chiefs will be working around the clock to give their sides an edge in what could be one of the most competitive Premier League seasons in history.

It’s been one of the most remarkable transfer windows ever, with a string of mega-money moves.

Manchester City broke the British transfer record to land Jack Grealish from Aston Villa, but failed in their quest for Harry Kane.

Chelsea broke their club transfer record to take Romelu Lukaku back to Stamford Bridge earlier this month, while Liverpool brought in defensive reinforcements in the form of Ibrahima Konate.

Manchester United will welcome Cristiano Ronaldo back to the club this week after already spending big money on Jadon Sancho and Raphael Varane, while Tottenham have also bolstered their ranks.

Arsenal have brought in five players so far and will be desperate for more additions following their egregious start to the season.

Express Sport takes a look at four transfers which could happen in the final 24 hours of the window.

Chelsea have been heavily linked with Jules Kounde all summer and he looked certain to sign for the Blues earlier in the window.

The 22-year-old centre-back started Sevilla’s first two La Liga games of the season but was left out against Elche on Saturday, with speculation about his future intensifying.

Kounde has a release clause of a staggering £68million and with Sevilla demanding the Blues pay it in full, a deal hangs by a thread.

It looks increasingly likely that Chelsea will miss out but given the Londoners’ finances it is entirely possible they could still make a u-turn to do a late deal.

MUST READ: Man Utd ‘may have found PL solution’ to give Ronaldo No 7 shirt

Man Utd have been courting Kieran Trippier this summer after his impressive Euro 2020 with England.

Trippier would provide competition for Aaron Wan-Bissaka at right-back, while also giving United the option of playing five at the back.

The Atletico Madrid full-back can also play on the left side of defence and would certainly provide Solskjaer with some attacking prowess down the flanks.

United are, however, apparently unwilling to meet Atletico’s steep asking price for a player who is 30 and out of contract in 2023.

It remains to be seen whether the Red Devils will stump up the cash or keep Diogo Dalot at Old Trafford to play second-fiddle to Wan-Bissaka.

A deal to take Adama Traore to Tottenham appeared all but done last week, with the winger thought to be keen to link up with his former boss Nuno Espirito Santo.

But negotiations have stalled as Spurs apparently want the player on an initial loan deal with an option to buy.

Wolves want a straight transfer for £40m so chairman Daniel Levy could have a tough decision to make in the coming hours.

With Kane remaining in north London and Son Heung-min in fine form, the addition of powerhouse Traore this summer could give Spurs a huge boost in their quest for Champions League qualification.

Arsenal’s creativity problems appear to exacerbate on a weekly basis and they are yet to find the back of the net in the Premier League this season.

The Gunners have signed Martin Odegaard this summer but club chiefs are apparently keen to strengthen further before Tuesday’s deadline.

Houssem Aouar has been put on the transfer list by Lyon and could be available on an initial loan with an obligation to buy.

The 23-yeaer-old is technically gifted and could play the role of chief creator if given the chance to showcase his abilities at the Emirates Stadium.