Four midfield transfer bargains Arsenal should be all over this window 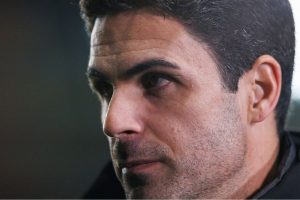 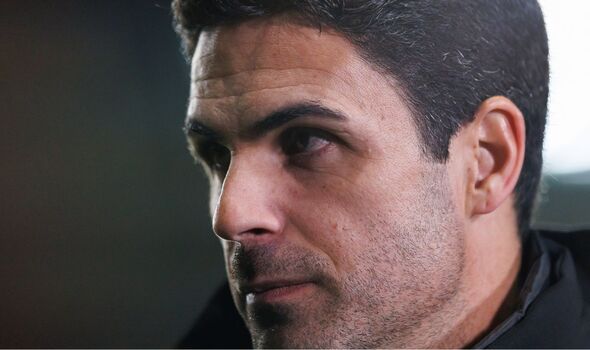 Arsenal boss Mikel Arteta has confirmed the club are open to signing a new central midfielder amid concerns over the fitness of Mohamed Elneny. The Egypt international could now be facing a prolonged period of absence due to a continuous niggle and the Gunners are seemingly prepared to sign some extra cover in the middle of the park to bolster their squad depth. Express Sport assesses four potential bargains Arsenal could explore in the current market…

You are never too far away from a link between Arsenal and Tielemans but with the Belgian now in the final six months of his contract, Leicester are prepared to consider offers.

Despite lots of speculation involving both Arsenal and Manchester United, Tielemans is yet to receive any concrete offers ahead of his next venture.

Arsenal have tracked him for a long while but they are yet to move for his signature and that is probably telling given he is up for grabs.

Should he stay with Leicester until the end of the season, Tielemans’ representatives are likely to demand a significant salary for their client given there will be no transfer fee involved.

The Gunners are no longer interested in difficult negotiations and therefore this could be a deal that they swerve but should they be bold enough to launch a move this month, Tielemans could prove to be a brilliant acquisition.

He is Premier League proven and would be the perfect player to provide support and competition for both Granit Xhaka and Thomas Partey in the engine room.

The Juventus maestro could potentially be set to depart Turin this month with Leeds now upping their efforts to sign the USMNT international starlet.

But if Arsenal were prepared to throw their hat into the ring, their current project and Premier League position suggests they would be more than capable of trumping Leeds to a deal.

McKennie also fits the qualities that Mikel Arteta requires. He is a box-to-box, energetic midfielder that is capable of having an impact at either end of the field.

His eye-catching display against England at the World Cup with the USA was evidence of his quality and McKennie could prove to be a major asset for the Gunners.

Although he has had a mixed time with Juventus, Arteta is the perfect coach to ensure he fulfils his potential. Arsenal should therefore be at least exploring the conditions and terms of a deal.

Ounahi lit up the World Cup with his brilliant performances in midfield for Morocco and although there has been plenty of interest in his signature, Angers are yet to shake hands on a sale.

Napoli and Leeds are among the favourites to land Ounahi but neither of those clubs are yet to win the race for his signature – leaving the door open for Arsenal to pounce.

Angers, however, want the 22-year-old to be loaned back for the remainder of the season to bolster their hopes of survival.

That could prove to be a problem for Arsenal as they need players that are ready to make an impact and difference now, if required.

Ounahi also needs game time to continue developing at his current rate and unfortunately, Arsenal cannot offer that consistently due to the brilliance of Xhaka and Partey this term. Nonetheless, he is a talent worth considering.

Rabiot is a player Arsenal know all about and they were reportedly recently offered the chance to sign the Frenchman, whose Juventus contract is up at the end of the season.

The 27-year-old came close to joining Manchester United last summer and now could be headed for the Premier League when his Juve deal expires.

Given their recent 15-point deduction, you could forgive Rabiot if he decided he wanted out of Juventus before the end of the campaign.

Arsenal would represent a competitive and appealing challenge but the arrival of Rabiot, who is a notoriously strong character behind the scenes, could potentially risk upsetting the current harmony within the squad.

Nonetheless, he was brilliant at the World Cup with France and if he is available on the cheap this month – Arsenal would be silly not to at least consider a swoop.