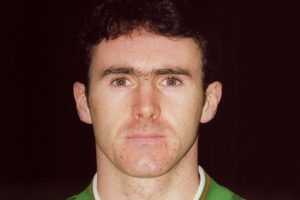 Former Republic of Ireland midfielder Alan McLoughlin has sadly passed away at the age of 54.

McLoughlin revealed in March that he was battling renal cell carcinoma, a form of kidney cancer, having originally been diagnosed with a kidney tumour in 2012.

The 54-year-old was born into an Irish family in Manchester and began his football career as a trainee with Manchester Utd in 1985.

Although he never played a first team match for United, he did make over 40 appearances for the Reserves.

After his release from Old Trafford, McLoughlin joined Swindon Town where he would go on to make over 100 appearances under Lou Macari and Ossie Ardiles.

We'll be bringing you the very latest updates, pictures and video on this breaking news story as it unfolds.

For all the latest news, make sure you visit: dailystar.co.uk/sport/football

And you can stay up to date with all the must-see headlines, pictures, analysis, opinion and video on the stories that matter to you.