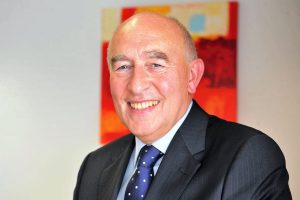 Former Manchester United director Maurice Watkins has died at the age of 79.

Solicitor Watkins, who had been battling prostate cancer, spent 28 years as a director at United from 1984.

That included navigating the club through the legal process that followed Eric Cantona’s kung-fu kick on a Crystal Palace supporter in 1995, and brokering the deal that saw Sir Alex Ferguson stay on as United boss after the Scot had decided to step down in 2002.

Ferguson said in a statement: “Maurice was really supportive during my time as manager and great company. In my 26 years there were some rocky moments and he was always there with wise advice. He had great energy as well – involved in so many organisations.

“He was unflappable. During some tense games I’d look over and he would be calmly reading the programme.

“His legal experience was invaluable. When I called him to say I wanted to stay at United he said they had already sorted a new manager, but not to worry he would dig us out. And he did. He was a true gentleman.”

United said in a message posted on Twitter: “All at Manchester United are deeply saddened by the loss of our former director, Maurice Watkins, who served the club with such distinction for over a quarter of a century. We send our heartfelt condolences to his loved ones at this time.”

After leaving United in 2012, Watkins, who was head of sport law for Brabners solicitors in Manchester, was appointed as chairman of British Swimming.

GB registered a best-ever haul of swimming medals at an Olympics with the eight secured at the Tokyo Games this summer, and British Swimming chief executive Jack Buckner said: “I have been fortunate to experience Maurice’s personal dignity and humility. He has been a leader of deep wisdom and patient intelligence, the wise steward at the heart of the sport.

“Even in his last days his total focus was on Tokyo and the great events which unfolded there. Maurice – a piece of these medals belongs to you.”

Watkins was also a director of Lancashire County Cricket Club, chairman of the European Swimming Legal Committee and a trustee of the Professional Footballers Pension Scheme.

He had four years as Barnsley chairman from 2013 to 2017, and other former roles included being interim chairman of the Rugby Football League in 2012, chairman of the Greyhound Board of Great Britain from 2009 to 2014 and chairman of the British Basketball Federation.

Watkins, made a CBE in 2011 for services to charity, helped raise over £68million for hospitals as chairman of the Royal Manchester Children’s Hospital charity appeals board.