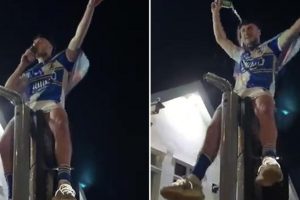 Bristol Rovers striker Aaron Collins drenched himself in beer while sitting on top of a traffic light as he went on a boozy bender to celebrate their dramatic promotion from League Two.

Collins was filmed pouring a can of beer over him Stone Cold Steve Austin style after he'd climbed up the traffic light, much to the delight of the fans who were following him on the night out.

The 24-year-old was still wearing his full kit hours on from Rovers' 7-0 win over Scunthorpe, which saw them promoted on goals scored. He then led a chant of "We are going up" outside The Royal Oak pub in Bristol.

After posting the video from the night before on his Twitter account on Sunday (May 8) morning, Collins later shared a selfie which showed him still out and about with a promotion flag tied around his neck.

He wrote: "THE WHEELS ARE FALLING OFF. WE NEED A LIFT TO THE PUB ???" Team-mate Antony Evans replied "Go get a shower lad f*** sake" along with several laughing emojis.

Which Premier League star could you see replicating this? Let us know in the comments section.

Joey Barton's Rovers managed to slam seven goals in on the final day of the League Two season to climb above Northampton and into the third and final automatic promotion spot.

Collins grabbed two of those to take his tally for the season to 18, finishing as the club's top scorer. After the all-important seventh goal had gone in, the drama was somehow furthered as fans invaded the pitch and caused the game to be suspended.

Play resumed 16 minutes later after Barton had urged their supporters to return to the stands, and Rovers saw out the miraculous win to kickstart the celebrations.

Barton said post-match: "I didn't expect us to win 7-0 today. I don't think anybody did. But, again, were we going to do it any other way?

"The world's tough. If we can give a little bit of an oasis on the weekend to people then that's where football's at its best." 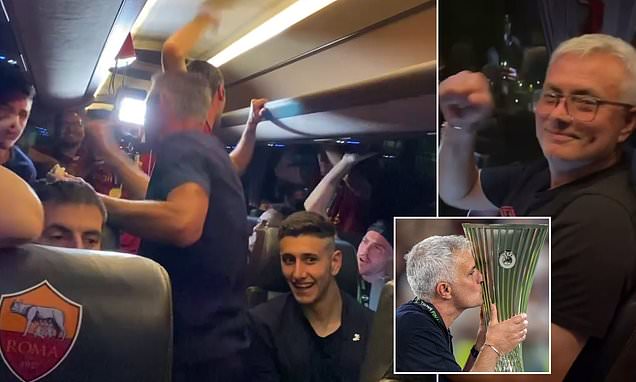 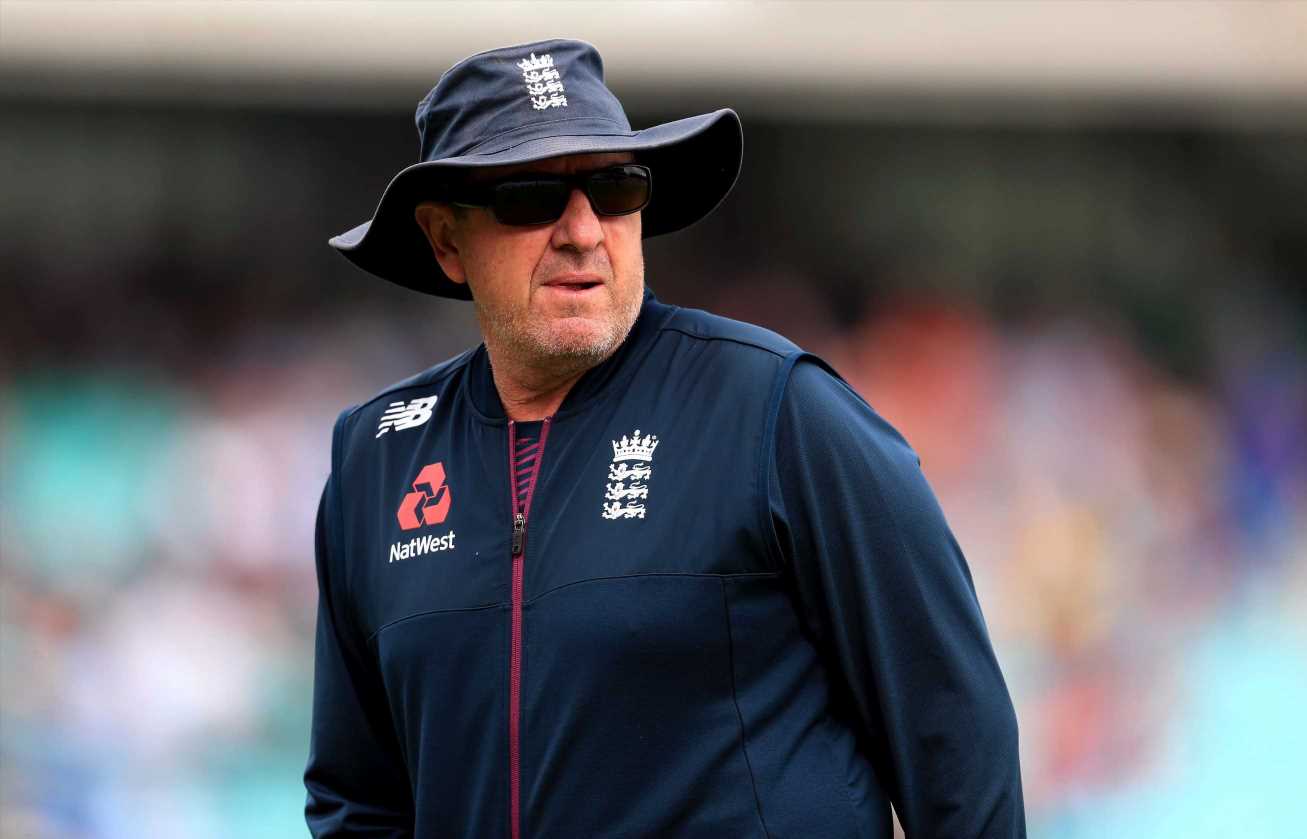 On this day in 2015: Trevor Bayliss appointed England head coach