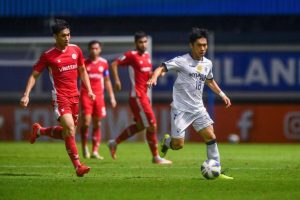 HONG KONG (REUTERS) – The South Korean city of Jeonju will host the two quarter-finals and the semi-final of the eastern half of the Asian Champions League in October, the Asian Football Confederation announced on Friday (July 30).

The matches will be held on a centralised basis rather than as home and away legs due to the Covid-19 pandemic, with the quarter-finals to be played on Oct 17. The semi-final will be three days later.

The quarter-final line-up will be determined in mid-September, when the round-of-16 matches will be played as one-off ties.

The winners of the eastern semi-final will take on the team who emerge from the semi-finals in the west of the continent. The host for those matches, which will also be played on a centralised basis, has yet to be announced.

Group matches in this edition of the Asian Champions League were also played on a centralised basis, with Thailand and Uzbekistan hosting games in the east and India, Saudi Arabia and the United Arab Emirates the venues used in the west.