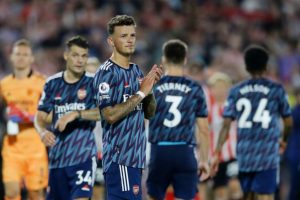 While Aubameyang has tested negative since and is in contention to feature against Chelsea on Sunday, strike partner Lacazette is still recovering from the illness.

Others in the squad who returned positive tests include goalkeeper Alex Runarsson and winger Willian, both of whom are unlikely to take part in Chelsea’s visit to the Emirates Stadium.

Manager Mikel Arteta’s side have been further depleted by injuries to Thomas Partey, Gabriel Magalhaes and Eddie Nketiah, with all three ruled out for Sunday.

Arsenal, who lost 2-0 to Brentford last week, have a series of tough fixtures ahead of them, with the Chelsea game followed by a trip to champions Manchester City.