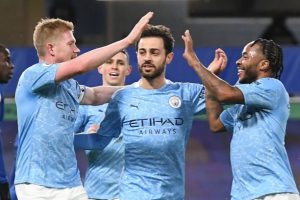 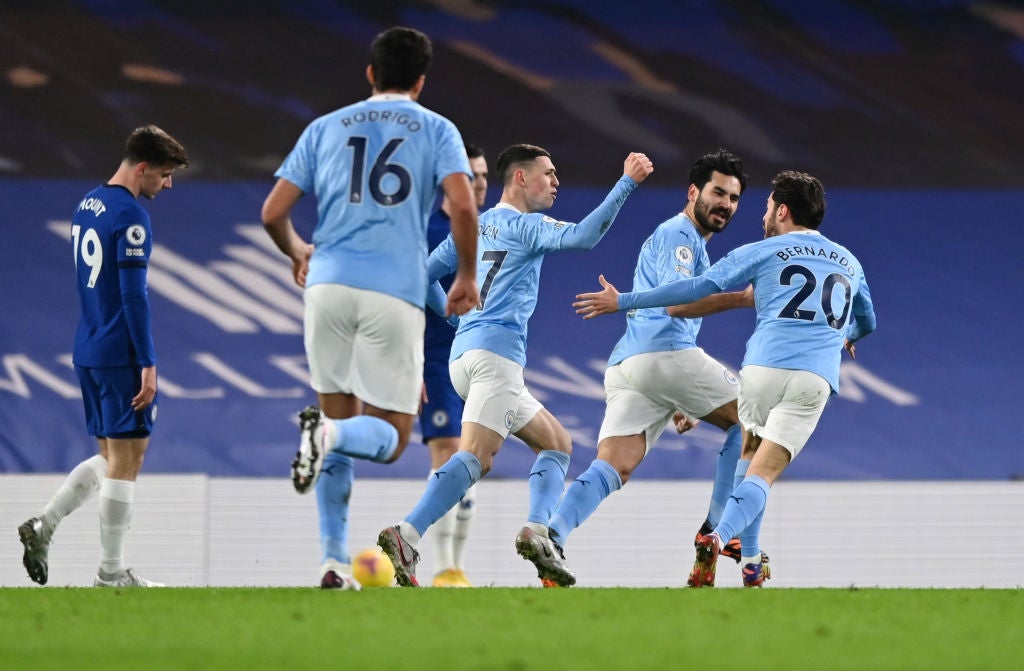 Ilkay Gundogan celebrates his opener for City at Stamford Bridge

Are City good enough for the title?

They sputtered at times earlier in the season, but it now appears that Man City have found some real momentum.

The win leaves Pep Guardiola’s side just four points behind Liverpool at the top of the Premier League – and City have a game in hand.

They defended well, but it was City’s exceptional performances in midfield and attack that truly establishes them as contenders.

Rodri was excellent and dominated Kante and Kovacic, allowing the likes of De Bruyne and Foden to get forward at will and instigate the quick-passing movement that defeated Chelsea. 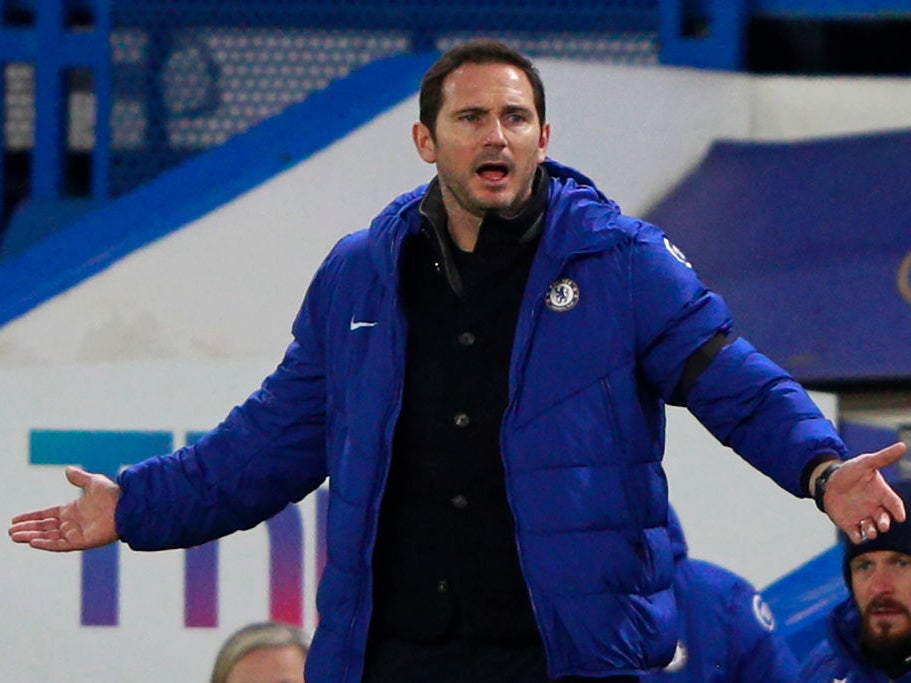 Frank Lampard gestures on the touchline

It appears that no matter where you place Timo Werner into Chelea’s attack, he fails to provide goals.

The German is bereft of confidence, but it was surprising that he failed to impose himself on Zack Steffen, who was making his Premier League debut in goal for the visitors.

Werner is not the problem and obviously should not get blamed for their defeat today, but something needs to change as the fans begin to run out of patience.

Ironically, Man City appear to be doing more than enough without a true finisher.

Guardiola opted to leave Sergio Aguero on the bench even with Gabriel Jesus out, and it proved to be the perfect formula for City. 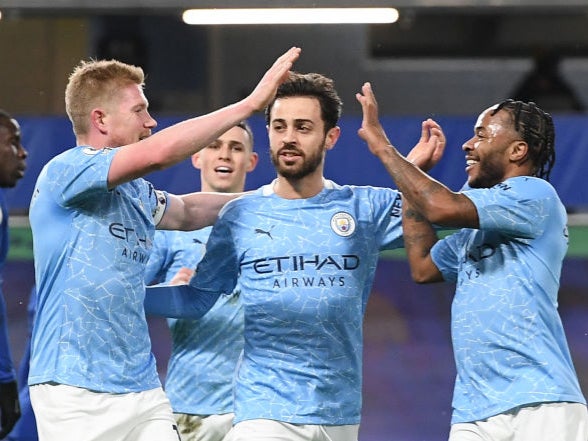 Chelsea could not deal with the pace of City’s counter-attack, and the clever movement by the likes of Sterling, Foden, De Bruyne and Bernardo Silva was overwhelming.

City played like they could read one another’s minds.

A clinical Man City without a true number nine is a dangerous prospect for their rivals. 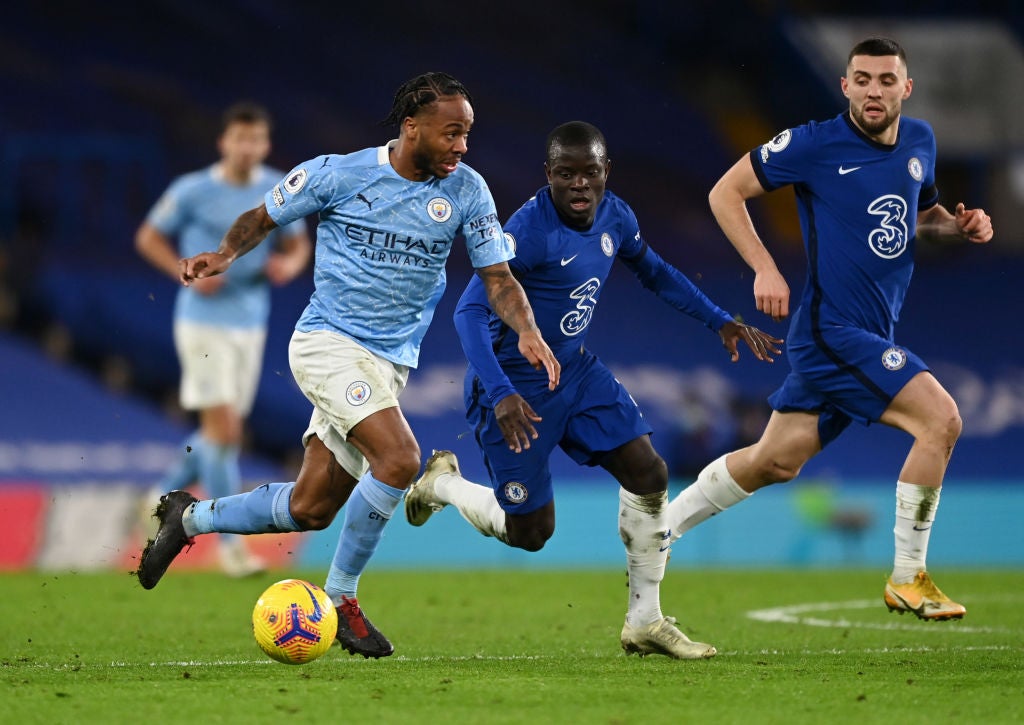 N’Golo Kante was dominated at the Emirates Stadium on Boxing Day, and he was once again dominated against Man City.

The World Cup winner lost the ball in midfield on a number of occasions, and he was outclassed by the likes of Rodri, De Bruyne and Sterling.

The 2016/17 PFA Player of the Year looked like a shadow of himself in the midfield battle, consistently coming off second-best.

He was booked in the second half for his troubles.

Guardiola bests Lampard in the dugout

Man City came into the game without the likes of Ederson, Ferran Torres, Kyle Walker, Jesus and Eric Garcia after the club was hit by a coronavirus outbreak.

This was the strongest squad and team available to Lampard in months – and Guardiola worked his magic.

The Blues failed to put City goalkeeper Steffen under any pressure, and the visitors broke forward with speed.

The result leaves Chelsea with just one win in their last six matches, and Lampard must surely be feeling the pressure.