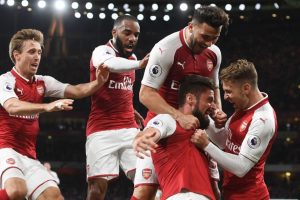 The wait is over. At long last, the Premier League is back.

Of course, the Euros was fun, well, until the inevitable heartbreak in the final, but nothing truly matches the buzz of the English top-flight.

The last-minute goals, the explosive rivalries, the crunching tackles and the ever-controversial VAR.

An exciting round of opening games is the best way to set the tone for the campaign. T

here has been some major upsets in years gone by, as well as several high-scoring matches too.

Let’s take a walk down memory lane and revisit the five best opening games of the Premier League.

In their bid to reclaim the Premier League trophy from Blackburn Rovers, the Red Devils were handed a battering on the opening day of the 1996/97 season.

Twenty-year-old David Beckham then came off the bench to score a late consolation in the 88th minute but it was too little too late.

That evening on Match of the Day Hansen questioned why United manager Sir Alex Ferguson had not bought more players to improve upon his young team, reeling off the sensational line: “You can’t win anything with kids.”

They won the league that season and the FA Cup, before going on to win countless other trophies in United’s golden era. Who’d want to be a pundit…?

Reigning champions Chelsea kicked off their title defence in the worst possible way at Stamford Bridge as they suffered a shock loss at the hands of Burnley, who were tipped for relegation by many.

Newly-appointed Blues captain Gary Cahill was sent off after 14 minutes for a high and late tackle on Steven Defour, which Blues boss Antonio Conte labelled as the ‘key moment’, as the floodgates opened from that point onwards.

Striker Sam Vokes opened the scoring in the 24th minute before Stephen Ward smashed home a second to send the away end into ruptures just 19 minutes later.

Vokes nodded home a third two minutes before half-time to seal the deal for the Clarets, or so it seemed.

New signing Alvaro Morata came off the bench to head Chelsea back into things in the 69th minute and give them a fighting chance, but 12 minutes later the momentum was killed as Cesc Fabregas was given his marching orders for a second yellow.

David Luiz did volley home a late goal (88’) to reignite the pressure but Burnley’s defence stood strong and secured a memorable victory. Leeds United returned to the Premier League after a 16-year absence in tremendous style as they produced an absolute cracker with reigning champions Liverpool last season.

Marcelo Bielsa’s side got off to a horrendous start after Mohamed Salah converted a penalty following a handball by Robin Koch.

However, the newly-promoted visitors scored their first of three equalisers eight minutes later; Jack Harrison glided past Trent Alexander-Arnold and Joe Gomez with ease before beating Alisson at his near post with a fierce strike.

Virgil van Dijk then went from hero to villain in the 20th minute as he nodded home a simple header before misjudging a long ball and giving Patrick Bamford a simple tap-in 10 minutes later.

Salah scored the fifth goal of the first half in the 33rd minute with a thumping half-volley into the top corner that gave Illan Meslier no chance.

The second half was less action-packed, Mateusz Klich equalised in the 66th minute with a sweet touch and volley inside the penalty area, then Leeds’ hard work was undone with just two minutes left on the clock.

Thirty-million summer signing Rodrigo made his impact off the bench in the worst way possible with a true striker’s challenge on Fabinho that resulted in Salah having the chance to settle the tie from the spot.

The Egyptian duly obliged and grabbed his hat-trick, it was a game of two attacking masterclasses and two defensive disasterclasses. 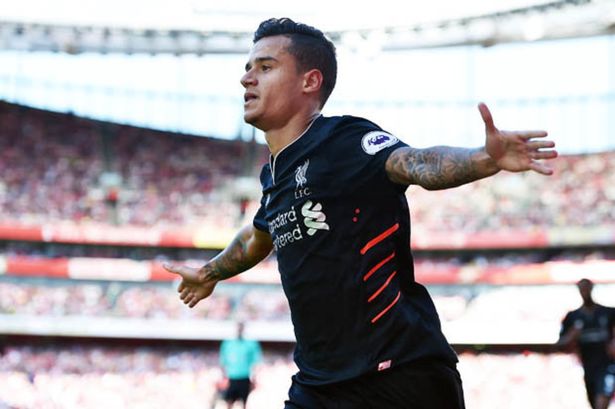 Drama-filled from start to finish, Arsenal and Liverpool provided everything that a neutral fan would want on the opening day of the 2016/17 campaign.

Liverpool were 4-1 up with 27 minutes to go, but a sensational solo goal from then Arsenal star Alex Oxlade-Chamberlain and a glancing header from Calum Chambers forced the visitors' defensive partnership of Dejan Lovren and Ragnar Klavan to fix up and make sure the away side took all three points back with them to Anfield.

Arsenal took the lead in the 31st minute thanks to Theo Walcott who made amends for his missed penalty a few minutes prior.

Phillipe Coutinho then scored twice either side of a coolly taken Adam Lallana goal to put the Reds into a two-goal lead.

Sadio Mane then looked to have put the icing on the cake in the 63rd minute after he cut in off the right and curled a superb strike past Petr Cech and into the top corner in what proved the decisive goal.

Arsenal replicated the scoreline that they lost by in the previous opening game of the season just a year later, but this time they did all they could to make sure they came out on top.

New signing Alexandre Lacazette kicked off his debut season with the Gunners by scoring after two minutes, but his celebrations were short-lived as Leicester’s Shinji Okazaki equalised three minutes later.

The Foxes then took the lead as Jamie Vardy tapped home a Marc Albrighton cross, but the half ended all square as Danny Welbeck scored just before the break.

Vardy, who has a knack for scoring at the Emirates, grabbed his second of the match in the 56th minute as he nodded in from a corner, and it remained 3-2 right up until the 83rd minute.

It was the two late substitutes that flipped the game on its head; Aaron Ramsey equalised with a half-volley seven minutes from time before Olivier Giroud powered a header past Kasper Schmeichel moments later to steal the victory.