FIFA 20 gamers are waiting to learn who has made it into the latest Team of the Week following the most recent round of fixtures across Europe. FIFA fanatics are set to be treated to a star-studded 23-man roster, with a host of tempting In-Form options expected to be available as FUT Champions rewards.

Manchester United transfer target Bruno Fernandes could be set for a timely stats boost after his double secured three points for Sporting Lisbon against Setubal.

The Portuguese ace could be joined by potential future team-mate Marcus Rashford after the Red Devils frontman scored twice in a 4-0 rout of Norwich City.

Sergio Aguero is also expected to feature following a hat-trick against Aston Villa while Neymar was on target twice as Paris Saint-Germain were held to a 3-3 draw by Monaco.

Elsewhere, Samir Handanovic preserved a point for Inter Milan with a penalty save against Atalanta while Zlatan Ibrahimovic made an impact on his Inter Milan debut – but who else is expected to receive upgrades? 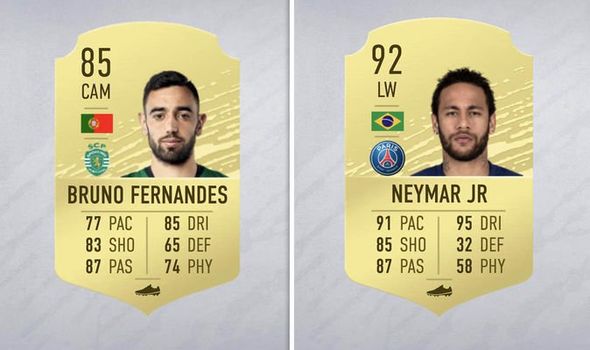 The Brazilian stopper made a number of key saves to keep out Tottenham as Liverpool moved 14 points clear at the top of the Premier League.

Almeida scored in Benfica’s 2-1 win over Aves, giving him a good chance of inclusion this week.

The Fiorentina centre-back nodded in the only goal of the game against SPAL to stake his claim for an In-Form.

Nkoulou was Man of the Match as Torino beat beat Bologna 1-0.

The Spanish defender has been deployed out of position on the left in recent weeks but an assist and a clean sheet shows he is flourishing under Frank Lampard.

Manchester United fans will be keen to get their hands on an In-Form Fernandes after his two goals helped Sporting see off Setubal.

Watford are experiencing a resurgence under Nigel Pearson and Doucoure is at the heart of it, with the Frenchman’s goal and assist contributing to a 3-0 win over Bournemouth.

The first of two Manchester City selections this week, with Mahrez scoring the opening two goals against Villa before providing another asset in the 6-01 win.

Neymar is expected to receive a boost up to an overall rating of 94 following his double against Monaco.

Another star man who bagged a brace this weekend, with Rashford proving invaluable to Ole Gunnar Solskjaer at Old Trafford.

Nailed on to be included after his lightning hat-trick, with Aguero becoming the most prolific non-English goalscorer in Premier League history. 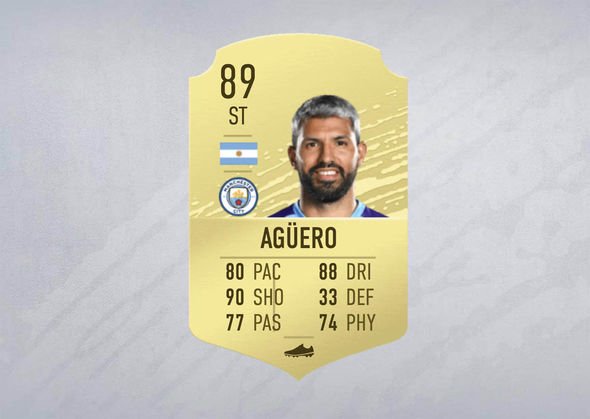 Handanovic kept out a late Luis Muriel penalty to earn Inter a point against Atalanta, although the result allowed Juventus to move to the summit of Serie A.

Everton have had a tough time this season things are looking up under Carlo Ancelotti and Digne was on hand to set up Richarlison for the only goal of the game against Brighton.

Udinese have recorded three consecutive wins in Serie A, with Fofana a key component of the latest 3-0 win over Sassuolo after setting up two of the goals.

A goal and assist from Cornet helped Lyon come from a goal behind to beat Bordeaux.

The 36-year-old scored twice in Sampdoria’s 5-1 win over Brescia.

Charbonnier was a key man as State Brestois beat Toulouse 5-2 away from home, scoring twice and supplying another in the victory.

Ibrahimovic is back with a bang, scoring on his AC Milan return as his new side beat Cagliari 2-0.

Eight saves from Abedzadeh helped preserve his side’s clean sheet in a 0-0 draw with Vitoria.

Mean was on target twice in a 3-1 victory over Queretato.

Olympiakos thrashed Lamia 4-0 away from home, with Arabi scoring three in the comfortable win.

A hat-trick for Grbic was vital in securing a 3-2 win for Clermont over Troyes.

Two late goals from Paulinho were enough for Braga to fight back and secure a 2-1 win over Tondela.