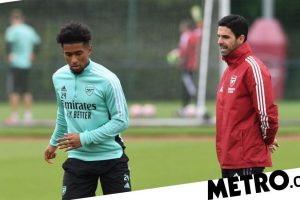 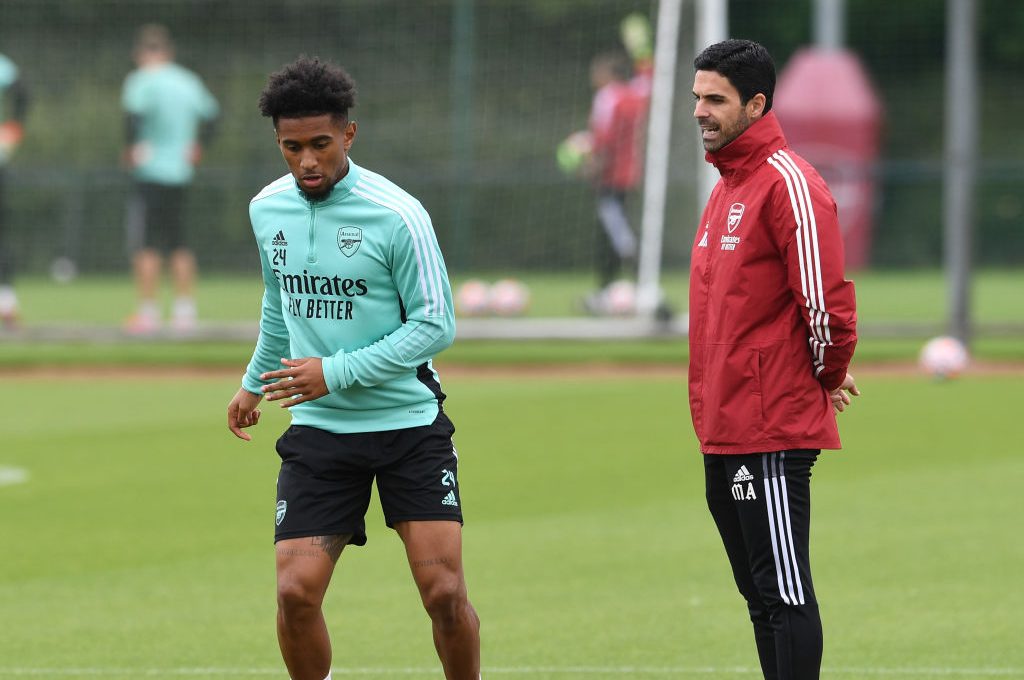 Feyenoord coach Arne Slot has raised questions over the intensity of Arsenal’s training by revealing that Reiss Nelson picked up an injury after struggling to adapt to the Dutch side’s more rigorous sessions.

The 21-year-old moved to Rotterdam on deadline day after Mikel Arteta made it clear he would have limited opportunities at the Emirates this season.

Nelson was expected to make a big impact in the Eredivisie and was even handed the No.14 shirt, though he was left out of the squad that will take on Maccabi Haifa in the Europa Conference League on Tuesday.

Dutch newspaper Voetbal Primeur had initially suggested that Nelson was lacking match fitness after arriving at the club, though now Feyenoord boss Slot has revealed that he picked up an injury having struggled with the intensity of training.

‘Nelson had participated in almost all training sessions at Arsenal, but he experiences the training here as a bit more intense,’ Slot explained at his pre-match press conference.

‘He suffered an overuse injury and so he is not here. Whether he will make it to PSV [at the weekend] remains to be seen. At least not as a starting player.’

Slot’s comments will create question marks over the intensity of training at Arsenal under Arteta, particularly with the club having made their worst ever start to a Premier League season with three straight loses – though they did bounce back with a 1-0 win at home to Norwich on Saturday.

Speaking about his decision to swap Arsenal for Feyenoord, Nelson said at the time: ‘I’m looking forward to playing in this fabulous stadium.

‘Feyenoord is a great club and a nice challenge for me. I hope that I’ll be able to give the fans something to cheer about soon.’

The club’s sporting director Frank Arnesen said of the England Under-21 international: ‘We’ve been following Reiss for months now. Bringing him to Feyenoord in this transfer window was one of our priorities, so we are very happy that we’ve managed that and that we are able to welcome him.

‘Reiss is a very creative striker, a rapid boy, good with his feet, who makes things very difficult for defenders in one-on-ones. We can really use a player like that in our forward line.’