Ferdinand highlights Lampard "problem" which Tuchel has fixed at Chelsea 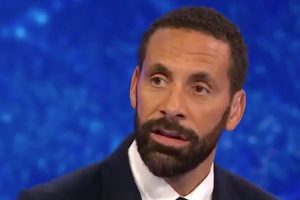 There was a strong emphasis on integrating youth players throughout Lampard's one-and-a-half season tenure, with some senior members of the squad regularly left out of the side.

Among these players were Antonio Rudiger and captain Cesar Azpilicueta, but both defenders have played key roles since Tuchel replaced Lampard in January.

The German has proved an excellent appointment so far, leading Chelsea to the top four of the Premier League, the semi-finals of the FA Cup and the quarter-finals of the Champions League.

Ferdinand believes Tuchel is reaping the rewards of placing his trust in his experienced players, in contrast to Lampard's style.

"I think bringing experience back into the team and giving them more responsibility has been a big difference to Frank’s," Ferdinand told his Vibe with FIVE podcast.

"Frank definitely went with the younger players and I think that knocked a few of the older players’ noses out of joint and they may have reacted negatively towards that. That created a problem.

Will Tuchel lead Chelsea to a trophy this season? Have your say in the comments.

"But these players have come back in – Tuchel has rounded up the experienced players and told them, 'You’re here, you’re my mainstay and the younger players you’re going to be a part of that as well'.

"But the older players, 'Don’t worry, you’re with me', and they’ve all bought back in after not feeling a part of it before."

Ferdinand also explained how Tuchel's approach is different to that of his predecessor.

The former England centre-back added: "He wants his team to be hard to beat, hard to play against. Hard, aggressive team.

"[With] Frank, the team was a bit more fluid going forward and they scored more goals but they conceded more goals."