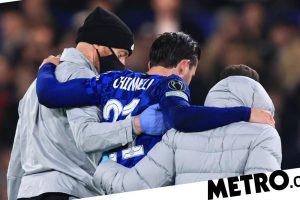 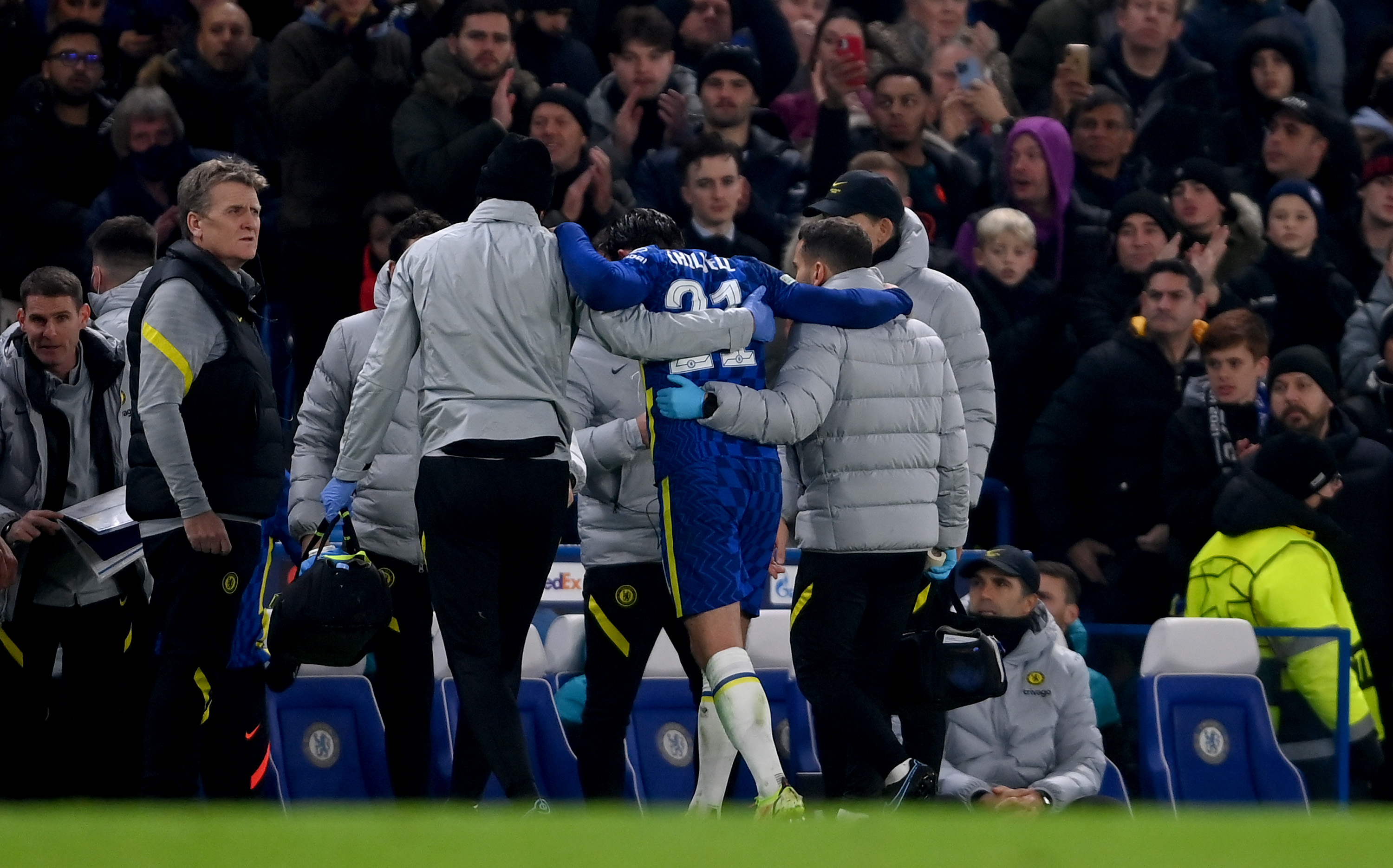 There are fears Ben Chilwell could be sidelined for the remainder of Chelsea’s campaign after the left-back suffered a knee injury in the side’s 4-0 victory over Juventus.

Goals from Trevoh Chalobah, Reece James, Callum Hudson-Odoi and Timo Werner booked the Blues a place in the Champions League last 16, but Chilwell’s injury put a slight dampener on the hosts’ resounding win.

The 24-year-old appeared in some discomfort as he slammed his fist on the ground and subsequently had to be helped off the turf by Chelsea’s medical staff, with Cesar Azpilicueta coming on in his place.

According to The Sun and The Telegraph, Chelsea are sweating over the results of Chilwell’s scan as damage to the full-back’s anterior cruciate ligament could rule him out for between six and nine months.

The severity of Chilwell’s injury would also be a concern for England’s manager Gareth Southgate, with the defender involved in both of the Three Lions’ games versus Albania and San Marino during the recent international break.

N’Golo Kante also hobbled off with a knee problem in the first half of Chelsea’s win, but the Frenchman’s issue is not thought to be serious and there are hopes he could feature against Manchester United this Sunday.

‘He [Chilwell] has a sharp pain in the knee, unfortunately N’Golo as well, he twisted his knee a little bit,’ Chelsea head coach Tuchel told BT Sport shortly after the final whistle in west London.

‘I can tell you more tomorrow, they will both be examined.

‘That was the only two things that were very sad because N’Golo was again fantastic until the moment he went off.

‘Chilly is in a fantastic moment, so, so important for him personally, so, so strong. Let’s hope for the best.’

Chilwell has been in impressive form at both ends of the pitch this season, nailing down his place as Tuchel’s first-choice left-back and notching up three goals and an assist in the English top flight.

Marcos Alonso, an unused substitute versus Juventus, is likely to replace Chilwell this weekend when the Premier League welcome Manchester United to Stamford Bridge.

Club captain Azpilicueta and Andreas Christensen are alternative options for Tuchel, with the latter having filled in at left-back on occasion for the Danish national team.