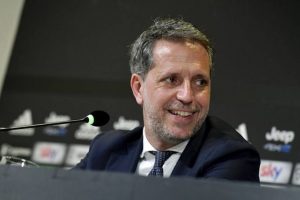 Tottenham chief Daniel Levy will work with Fabio Paratici this summer to find a new manager despite the Italian yet to formally arrive. Spurs had the idea that the Juventus supremo would join as a double-act with Antonio Conte, but that has not come to fruition.

Tottenham are going ahead with their decision to hire Paratici as their new director of football.

And that is despite the fact that Conte will no longer be considered for the vacant managerial role at the club.

Talks broke down yesterday over a number of issues with the Italian keen on bringing an entire new coaching team to north London.

Levy was only prepared to let the former Inter Milan boss have four members of staff and neither side could compromise. 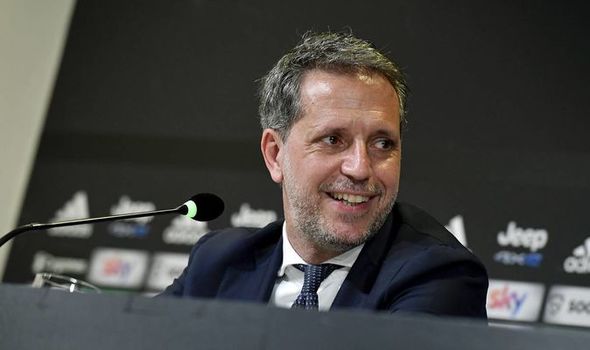 There were also issues over the club’s philosophy, with Conte keen on implementing his own style – bringing in elder statesmen.

It has worked wonders at Chelsea, Inter and Juventus – where he won the league title with them all – but Tottenham were keen on him to utilise the academy.

Regardless, Paratici is set to arrive as the club’s director of football and Fabrizio Romano reports that the Juventus chief will be involved in the decision to hire a new coach.

Levy will return to his policy of bringing in a young manager who is keen on developing the academy starlets at the club.

Brighton boss Graham Potter and Fulham’s Scott Parker have been linked but with the arrival of Paratici, speculation over Andrea Pirlo as the new boss could start.

It was the Juve man who advocated the arrival of the club legend as manager and while the former midfielder has since been sacked, many still at the club believe he can be a promising coach further down the line of his managerial career.

Paratici and Levy are said to have hit it off and despite the magnitude of Juventus, the 48-year-old is prepared to leave the club for north London. 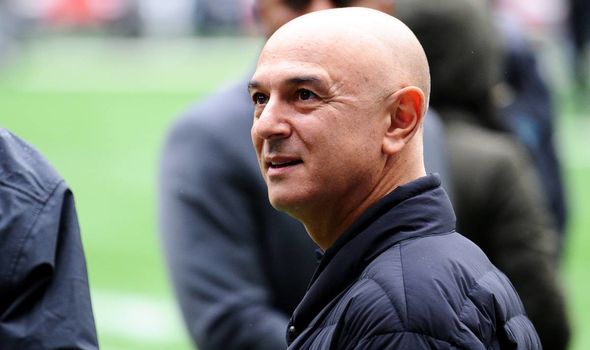 He has been with the Old Lady since 2010 and has overseen a number of transfers, including the freebies of Pirlo, Sami Khedira, Dani Alves, Aaron Ramsey and Adrien Rabiot.

With Tottenham looking to work on a shoestring budget this summer, Paratici’s expertise in this field is certainly a major plus for the club.

But the first course of business is to find a successor to Jose Mourinho – a search that is now in its second month.