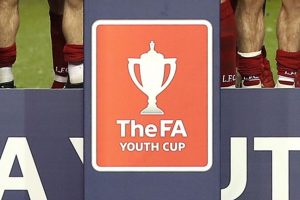 The FA Youth Cup has been suspended as a result of the increasing number of coronavirus cases in the UK.

The competition had progressed as far as the fourth round, with matches due to be completed by the end of January, but the FA confirmed in a statement on Tuesday that it would have to be put on hold for now.

“We can confirm our decision to temporarily suspend the 2020-21 FA Youth Cup and have discussed this with the Department for Digital, Culture, Media & Sport and the competing clubs,” the statement read.

“The health and wellbeing of players and staff are of paramount importance and we intend to resume the national competition once the UK Government’s current national COVID-19 lockdown concludes and it is deemed safer for clubs to travel.

“The FA Youth Participation & Development Committee, which is responsible for management of the competition, will continue to review the situation and we will provide further updates at the earliest opportunity.”

The decision was announced shortly after the third-round ties between Swindon and Bromley, and Tottenham and Newport were completed, with Bashford United due to play West Brom later on Tuesday.

Manchester City are the current holders after they beat Chelsea 3-2 in last season’s final.