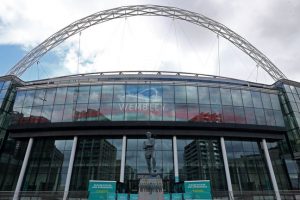 Aidy Ward, one of the most high-profile agents in English football, is under investigation after allegedly breaking Football Association rules by paying the parent of an England youth player £10,000 to join his agency.

Ward, who counts England internationals Oxlade Chamberlain and Ainsley Maitland-Niles as part of his Colossal Sports Management agency, is accused of making the payment before the player reached the permitted age.

The FA has confirmed it has begun an investigation, first revealed on Wednesday night in The Times.

The newspaper reports that the FA’s legal and governance division is looking into the allegations that £10,000 was paid by Ward’s agency to the parent of the youth player at a London club when he was underage.

FA rules governing the work of agents, states that they cannot approach players or their families about representation until the year in which they become 16.

If Ward is charged and found to have breached the FA’s rules, he could face a significant ban from all footballing activities.

Raheem Sterling recently left the Colossal stable, having been guided through his career by Ward since the age of 16.

As their investigation is ongoing, the FA is unable to provide further details at this stage.