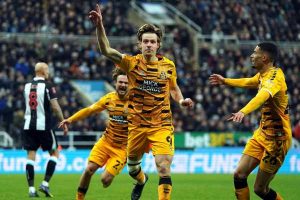 Sky Bet League One Cambridge pulled off a shock 1-0 win at Newcastle to book their place in the fourth round of the FA Cup.

Newcastle, battling for Premier League survival, thought they had taken the lead through Jacob Murphy, but the goal was disallowed for offside.

Cambridge broke the deadlock in the 56th minute when Joe Ironside turned in a crowded penalty area to knock the ball in – with the goal given following a lengthy VAR review.

Vanarama National League outfit Boreham Wood will also be in the fourth-round draw after a 2-0 home win over AFC Wimbledon.

Tyrone Marsh gave Boreham Wood an early lead with a fierce drive and substitute Adrian Clifton, who had only just come on, sealed a memorable win with four minutes left. 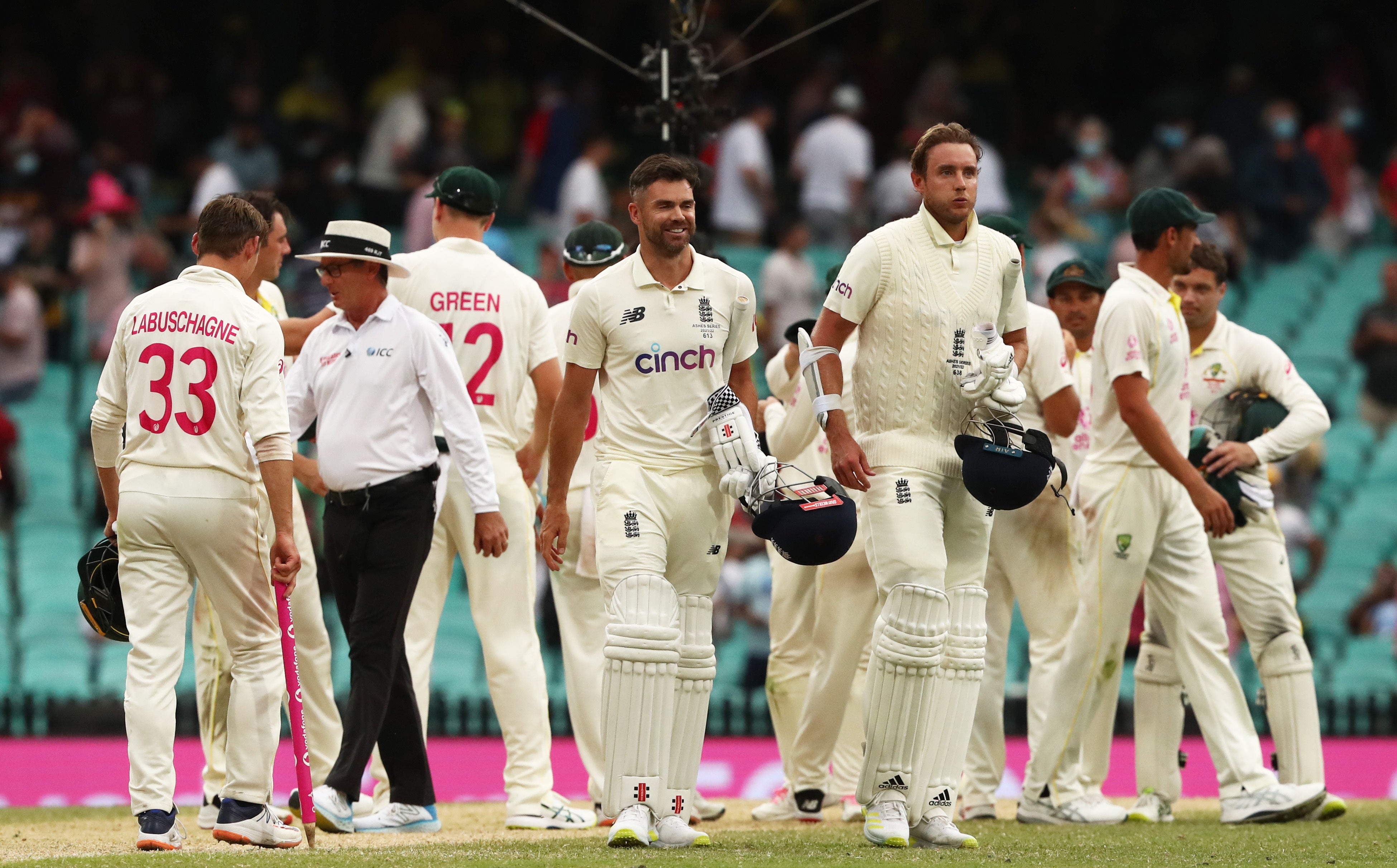 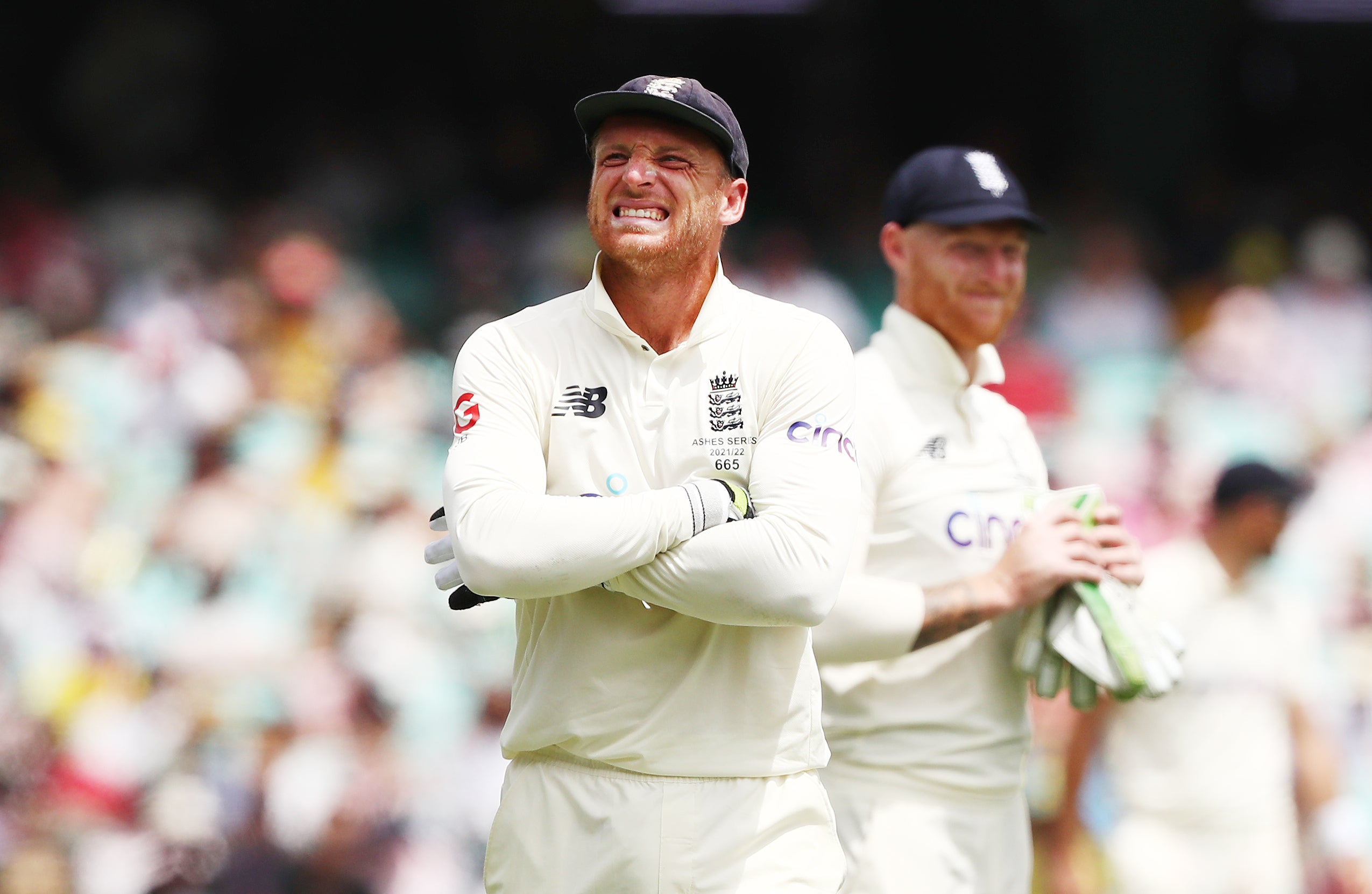 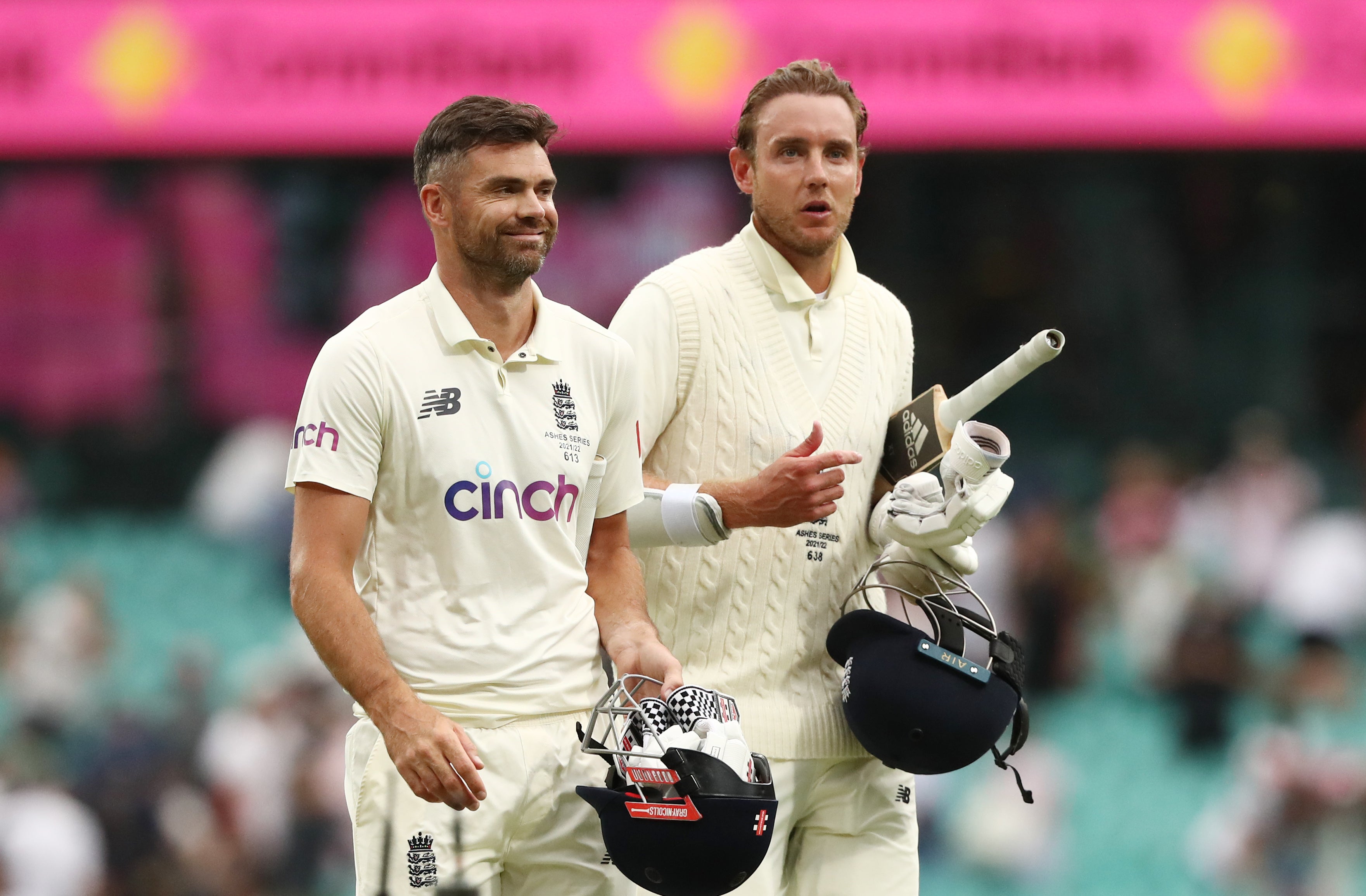 Josh Koroma (74) had cancelled out Jay Rodriguez’s first-half strike for the relegation-threatened Clarets.

Pearson then nodded in with just four minutes left so send the Terriers into the fourth round for the first time since 2018.

National League North Kidderminster came from behind to beat Championship side Reading 2-1 at Aggborough Stadium.

George Puscas had given the Royals the lead just before half-time, but captain Sam Austin (69) had the non-league side level before Amari Morgan-Smith (82) bundled in a late winner. 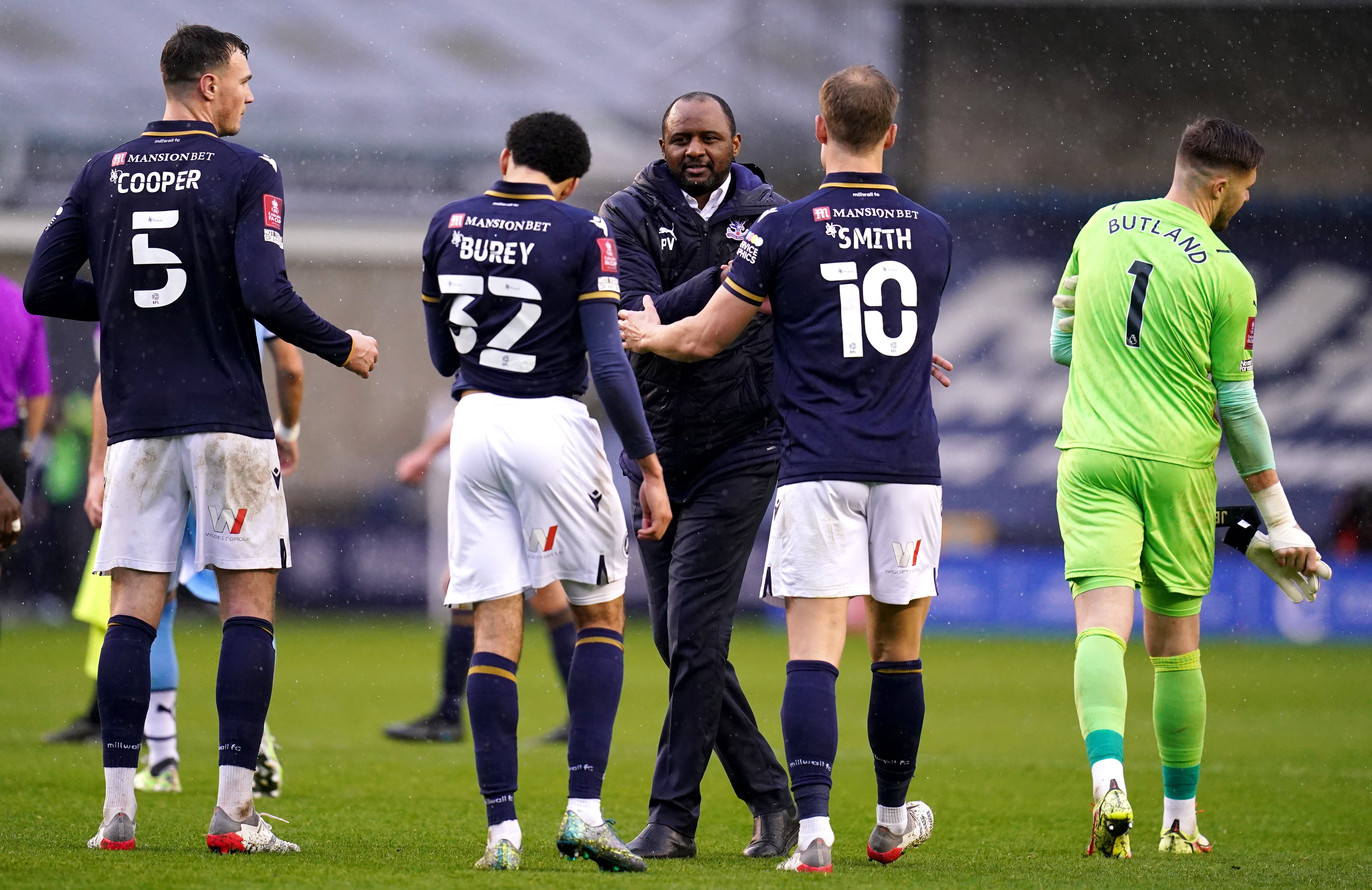 Crystal Palace recovered from a howler by goalkeeper Jack Butland to win 2-1 at Millwall.

Benik Afobe put the Lions ahead early on after former England international Butland was caught trying to play out of the six-yard box.

Michael Olise struck a fine individual goal to equalise within a minute of the restart and Jean-Philippe Mateta (58) headed home what proved to be the winner in a fiery clash at the Den.

Teenager Joe Grey came off the bench to score the winner as League Two Hartlepool fought back to beat Championship side Blackpool 2-1 at Victoria Park.

Keshi Anderson (eight) put the visitors ahead early on, but Hartlepool were level soon after the restart through a deflected effort from David Ferguson before Grey’s low finish on the hour mark secured a memorable win.

Youri Tielemans – whose goal beat Chelsea at Wembley in last year’s final – set the Foxes on their way with an early penalty, before James Maddison (25) doubled the lead.

Although Joao Pedro (26) swiftly pulled one back for the relegation-threatened Hornets, second-half goals from Harvey Barnes (56) and captain Marc Albrighton (85) sealed a comfortable win – following a brief delay after the stadium lights went out.

Substitute Bryan Mbeumo came off the bench to score a second-half hat-trick as Brentford ran out 4-1 winners at Port Vale.

Marcus Forss (26) put the Bees in front with Mbeumo (66) adding a second shortly after coming on.

Although Kian Harratt (70) pulled a goal back for Vale, Mbeumo made it 3-1 with 14 minutes left before slotting home a late penalty.

Saturday’s early kick off saw Championship side Middlesbrough edge past League Two Mansfield 3-2 with an own goal in stoppage time.

Uche Ikpeazu (four) and Caolan Boyd-Munce (14) had looked to put Boro in control, but the visitors were reduced to 10 men in the 33rd minute following a red card for defender Sol Bamba.

Oli Hawkins (67) and Rhys Oates (85) hauled the Stags level – only for Boro to snatch a dramatic late winner when John-Joe O’Toole turned the ball into his own net.

Wigan saw off Championship promotion-chasers Blackburn 3-2 with a stoppage-time winner from Thelo Aasgaard just after Daniel Ayala’s header looked to have sent the tie to extra-time. 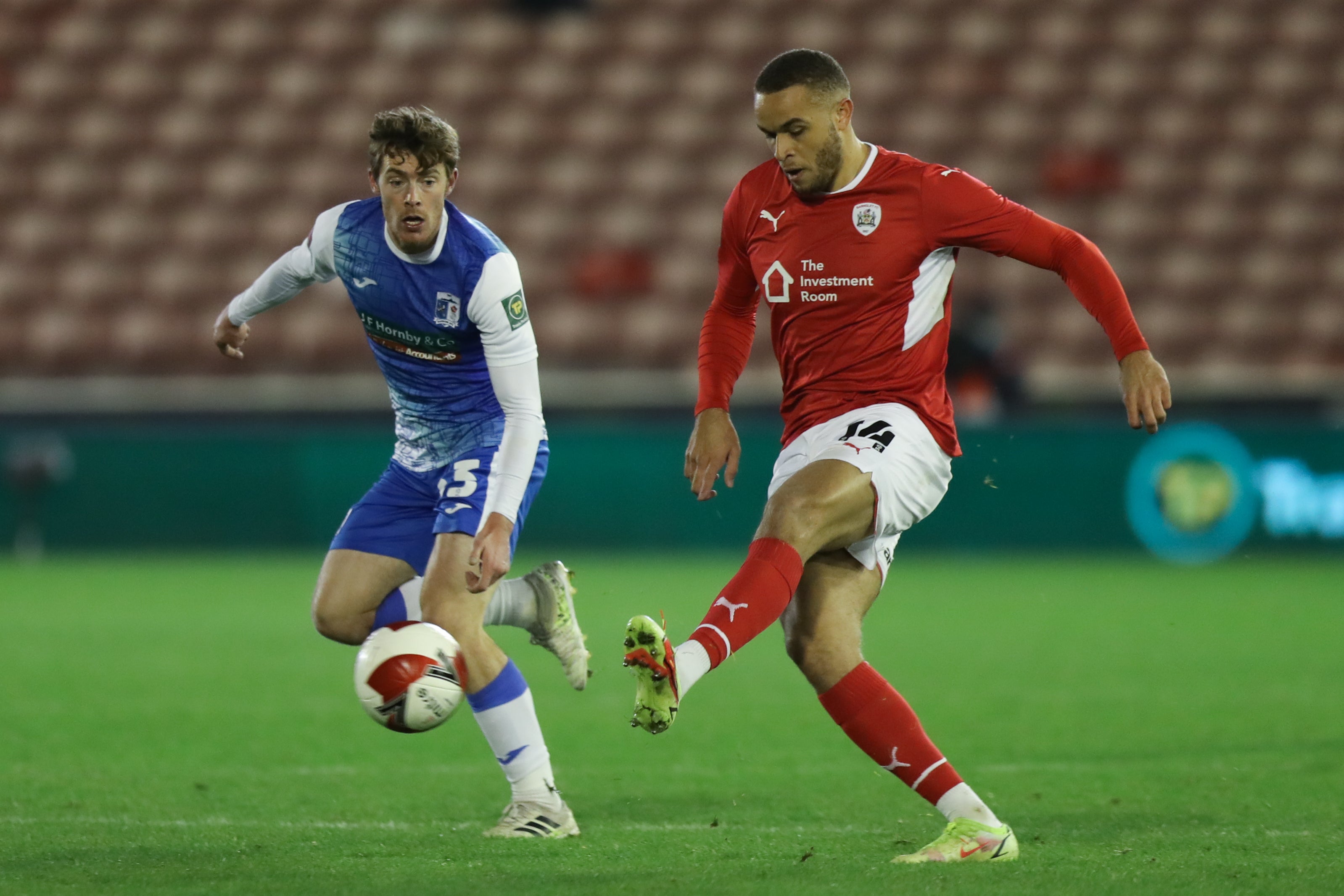 An all-action match, which saw Barrow forward Tom Beadling sent off just before half-time, looked to have been settled by Carlton Morris’ strike in the 88th minute – only for Josh Kay to equalise at 4-4.

Morris, though, eventually scored what proved to be the winner with 102 minutes on the clock.

Brighton came from behind to beat 10-man West Brom 2-1 after extra-time.

Callum Robinson (47) gave the Baggies the lead at the Hawthorns, before defender Cedric Kipre (69) was sent off for two quick cautions.

Jakub Moder equalised with nine minutes left and Neal Maupay (98) struck in the first period of extra-time to send the Seagulls through.

Championship side QPR avoided an upset as they saw off League One leaders Rotherham 8-7 on penalties, with keeper Jordan Archer saving two spot-kicks.

After a goalless 90 minutes, Michael Ihiekwe (98) put the Millers in front, but an equaliser from Lyndon Dykes (115) sent the tie to a shoot-out.

In the evening round of fixtures, Everton escaped an upset against Hull City after a fine strike from Andros Townsend secured a 3-2 victory after extra-time.

The Toffees had fallen behind in the very first minute and then, after fighting back through Demaria Gray and Andre Gomes, squandered their lead when Ryan Longman scored a magnificent curling strike.

Southampton also almost came unstuck after being dragged into extra-time by Swansea City. After Nathan Redmond’s early strike, Jan Valery received a second yellow card after just 30 minutes leaving the Saints on the back foot. 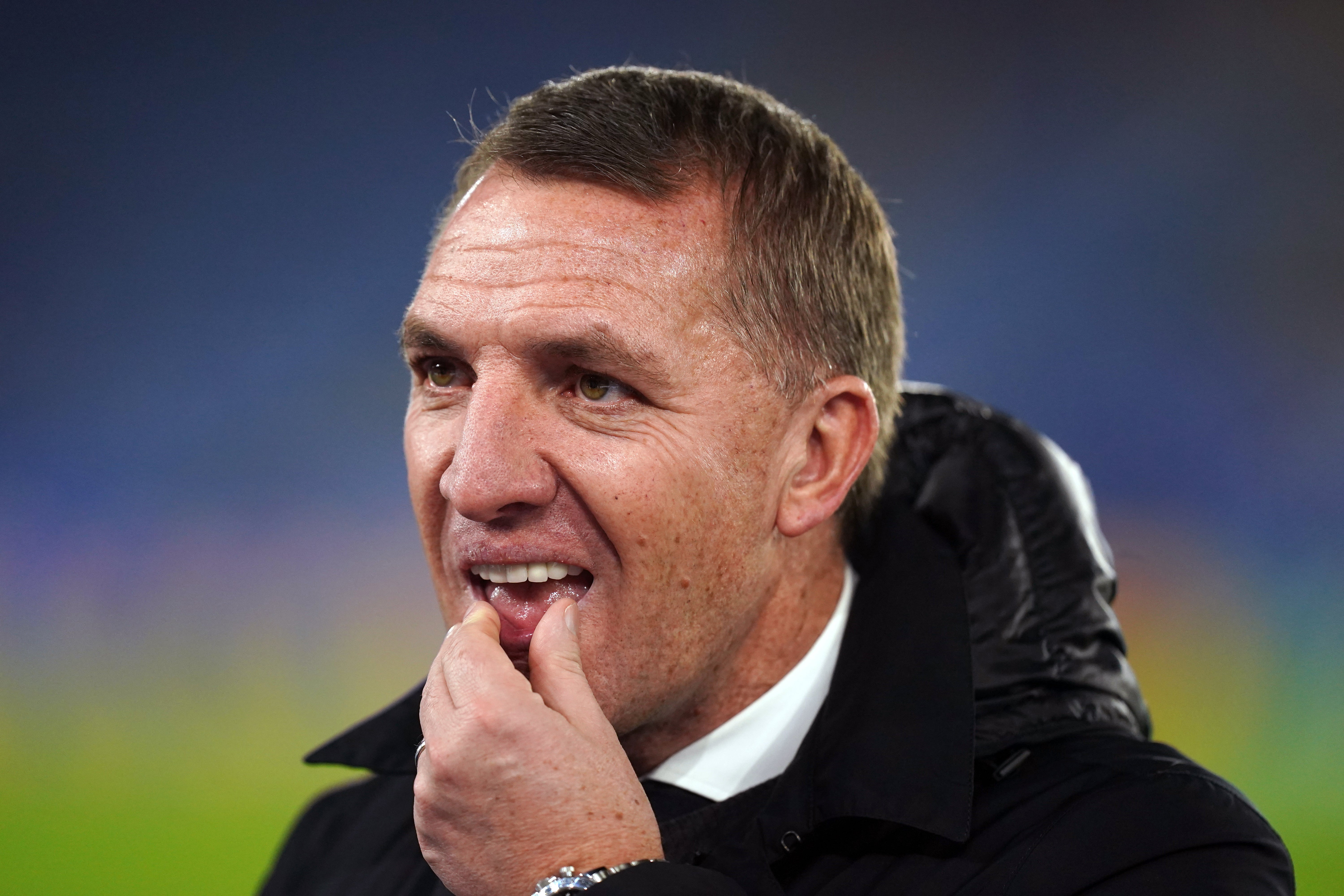 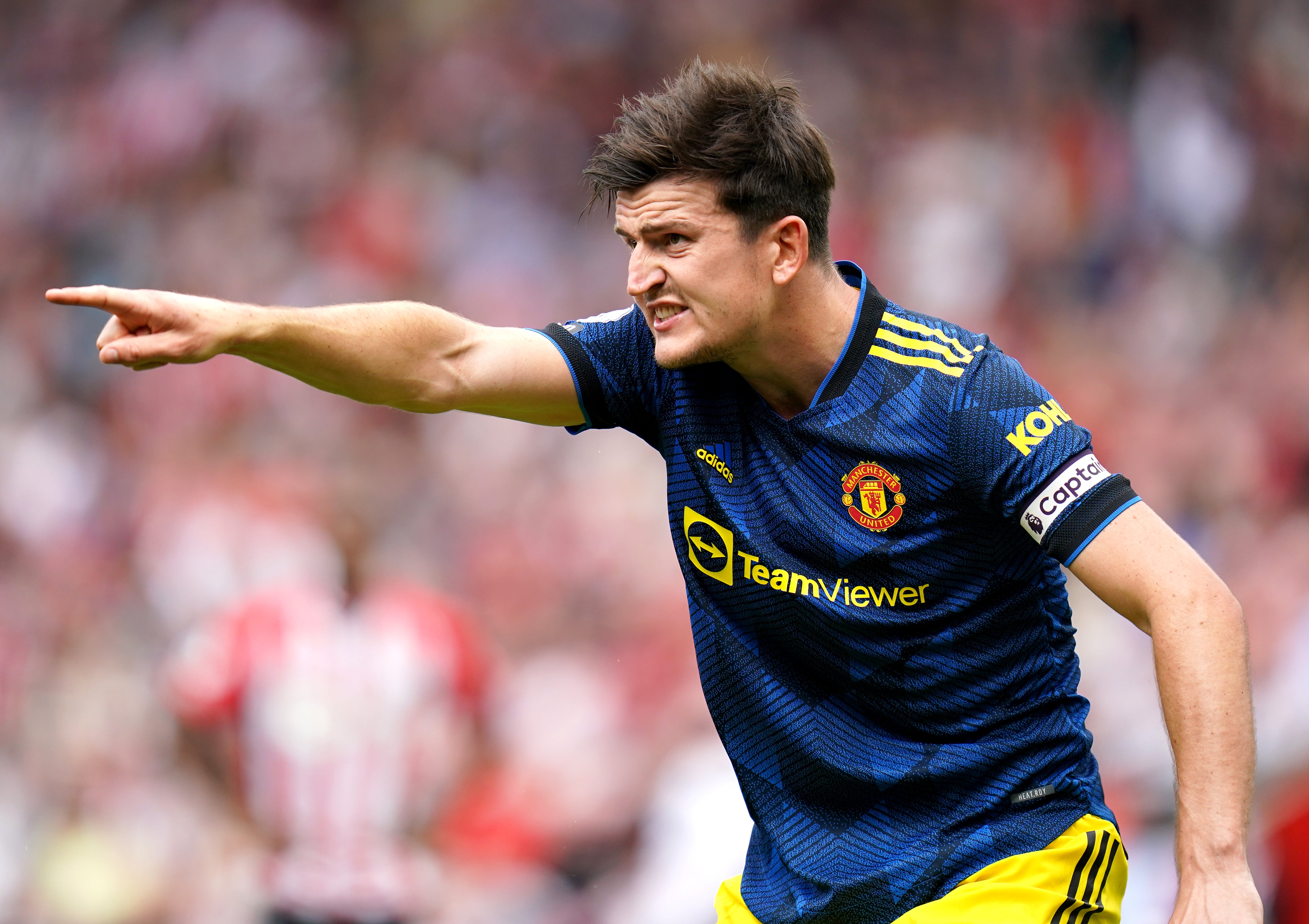 Swansea equalised after 70 minutes through Joel Piroe before a quick exchange of goals in the first half of extra-time left the match on tenterhooks until Mohamed Elyounoussi ensured the Saints of a place in the fourth round.

Plymouth secured a late upset against Birmingham City in extra-time too after a fantastic goal from Ryan James Law while there was no such difficulty for Bournemouth who brushed aside Yeovil 3-1 inside 90 minutes to cap off a dramatic day’s action. 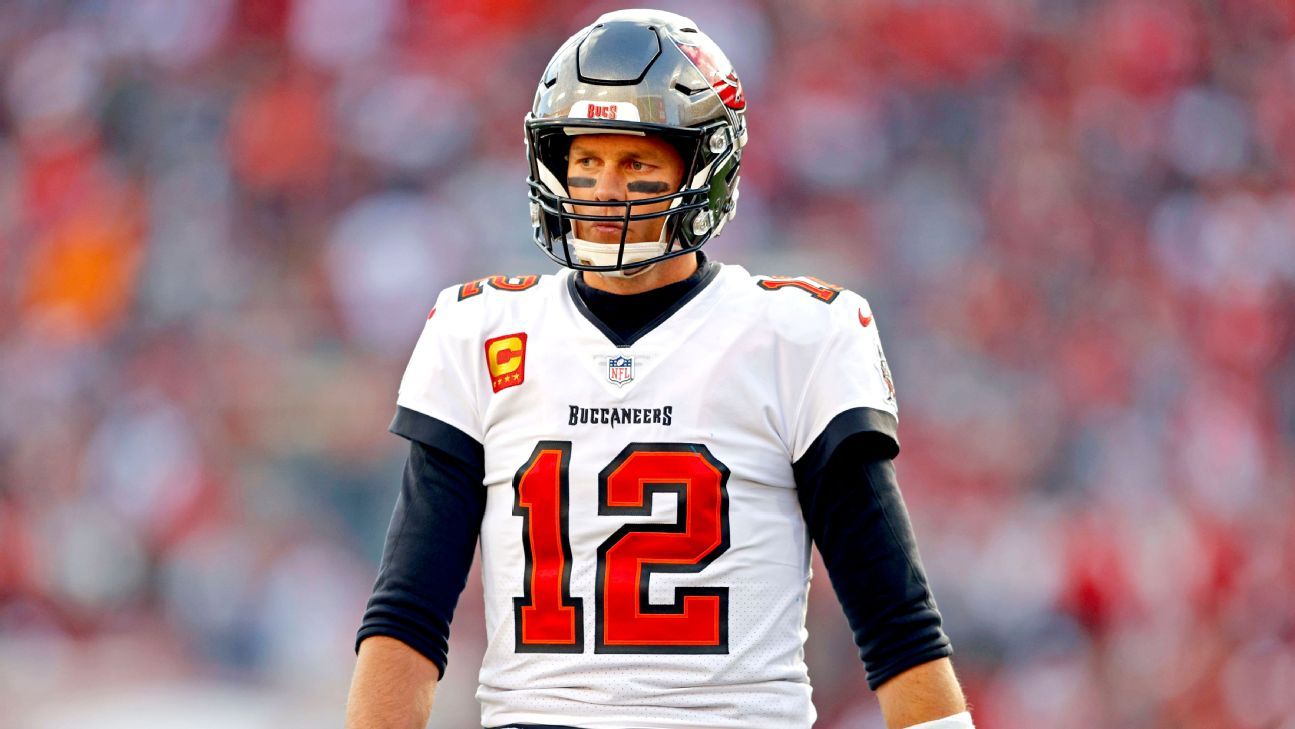 Brady mum on future: Will take it ‘day by day’ 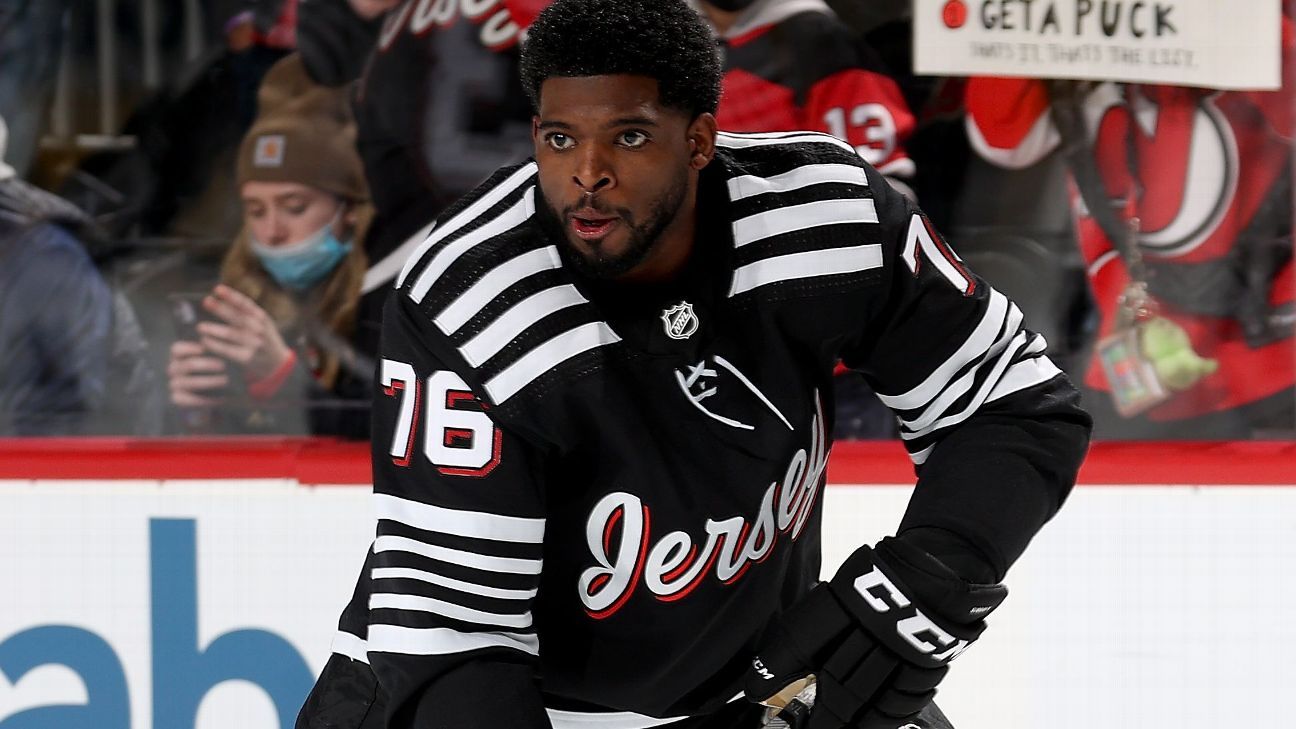 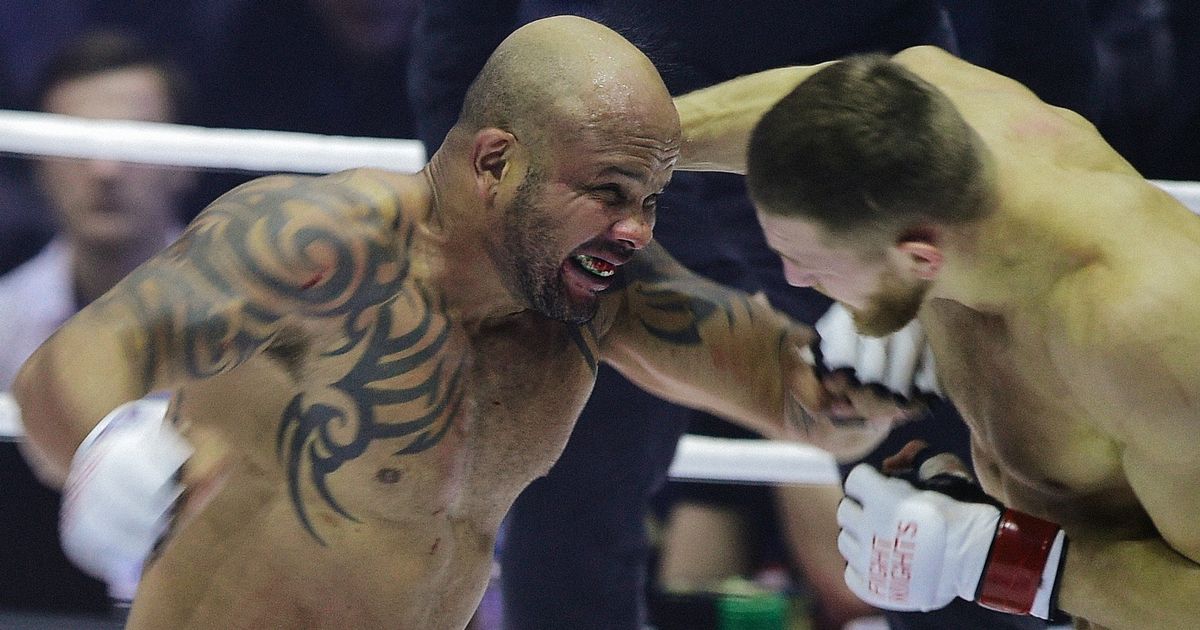 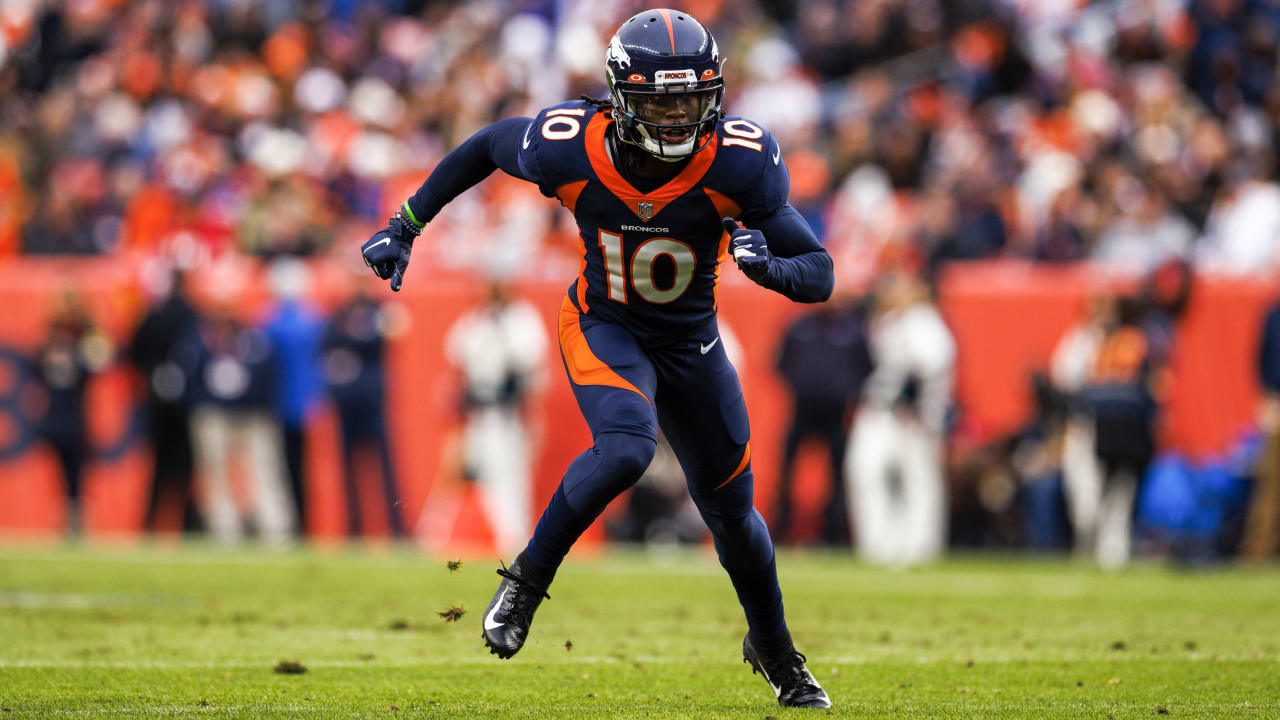