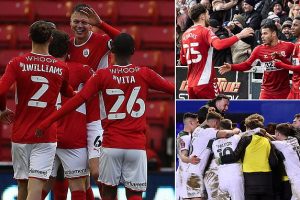 FA CUP ROUND-UP: Barnsley edge out Barrow in a nine-goal thriller, Mansfield concede deep into added time to suffer a 3-2 defeat at home to Middlesbrough, as Plymouth shock Birmingham in extra-time to progress to the fourth round

There were a number of shocks as the FA Cup third round continued on Saturday.

Barnsley edged out Barrow in a nine-goal thriller, Mansfield suffered deep into added time to lose 3-2 at home against in-form Middlesborough, and Plymouth produced a shock, defeating Birmingham late on.

Here, Sportsmail gives you the lowdown on the rest of the action from around the grounds in the oldest national football competition in the world. 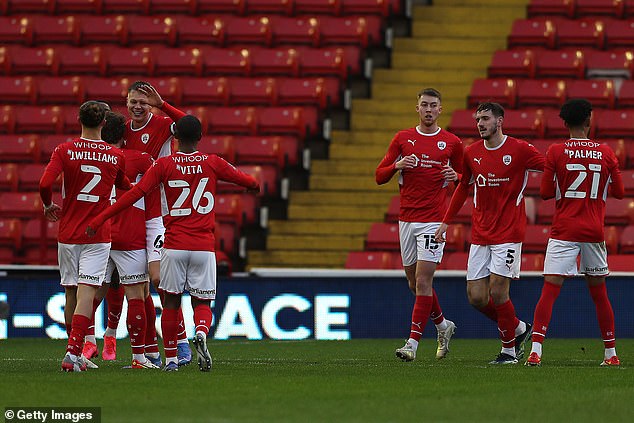 Championship strugglers Barnsley managed to overcome League two side Barrow in an FA Cup third round thriller at Oakwell.

Mads Andersen gave the Tykes the lead half way through the first half, before Barrow’s Tom Beadling was shown a red card on 38 minutes. Jordan Williams then made it 2-0 before the break.

Barrow’s Ollie Banks scored a free-kick to reduce the scoreline before Anthony Glennon levelled, but Devante Cole made it 3-2 to the home side, but James Jones equalised for the visitors.

Carlton Morris made it 4-3, but Barrow’s Josh Kay equalised on 90 minutes to send the clash to extra-time. Morris then netted the winner to send Poya Asbaghi’s Barnsley through to the fourth round. 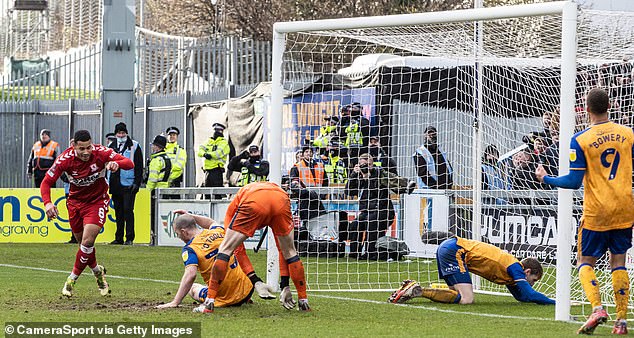 Mansfield conceded a 95minute own-goal as Middlesbrough progressed to the FA Cup fourth round on Saturday.

The away side raced into a 2-0 goal lead when Uche Ikpeazu and Caolan Boyd-Munce handed Boro a two-goal lead early on. Mansfield’s Oli Hawkins headed in, however, to reduce the deficit and Rhys Oates slotted home from a tight angle to equalise.

John-Joe O’Toole turned Isaiah Jones’ cross into the back of his own net, as Middlesborough ensured their name was in the hat for the fourth round draw. 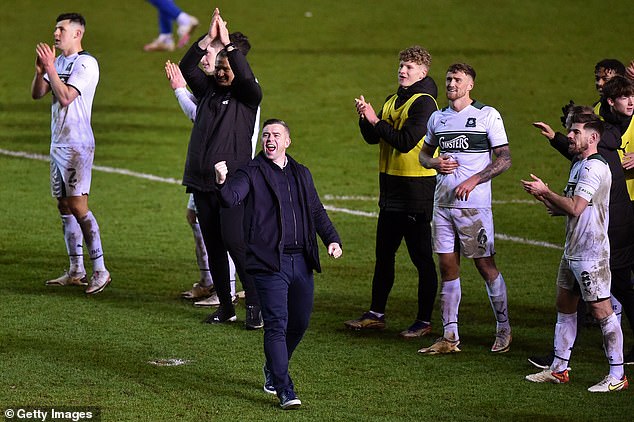 George Friend was sent off with a second booking 22 minutes from time for the hosts, as the score finished 0-0 at full time. Ryan Law’s well-taken goal on 104 minutes secured the Pilgrims’ pass into the fourth round. 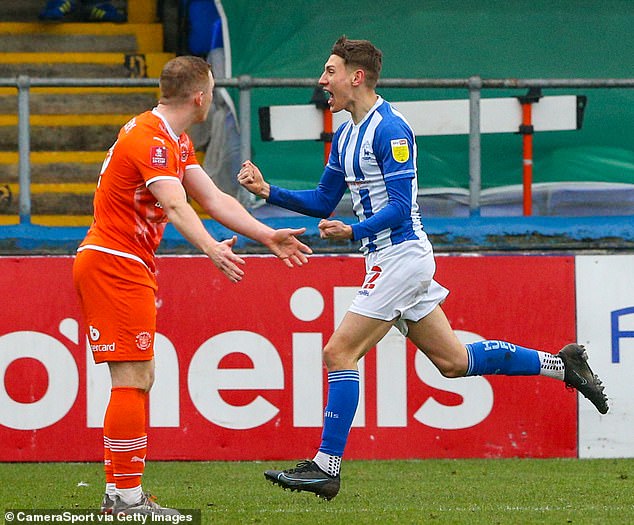 Teenager Joe Grey helped Hartlepool come from a goal down to beat Championship side Blackpool to progress to the FA Cup fourth round.

Keshi Anderson gave the visitors the lead, but David Ferguson equalised for the League Two outfit via a deflection, before Grey shot low into the corner on 61 minutes to win the match for the Pools. 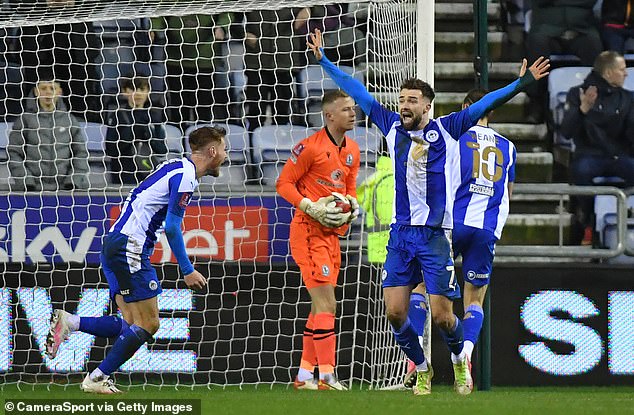 Reda Khadra gave the visitors the lead, but Max Power equalised on 61 minutes with a fine 30 yard striker. Pears carried Jack Whatmough tame header over his line, as the hosts made it 2-1, but Rovers defender Daniel Ayala levelled.

Thelo Aasgaard curled in from range over Pears on 94minutes to send Wigan through to the FA Cup fourth round. 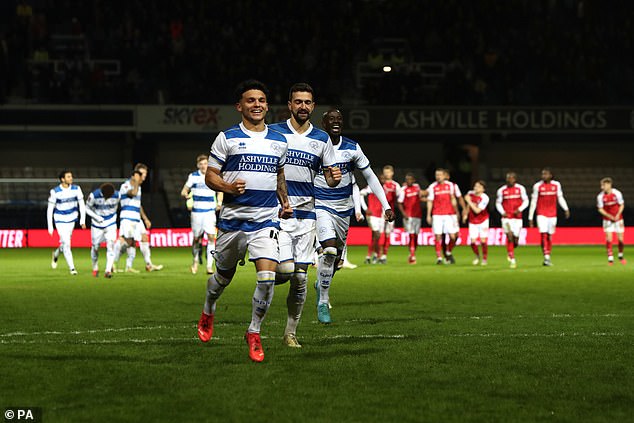 Stand-in QPR goalkeeper Jordan Archer saved two spot-kicks from both Wes Harding and Chiedozie Ogbene as the Hoops edged past League One side Rotherham United 8-7 on penalties.

Fulham leave it late to advance 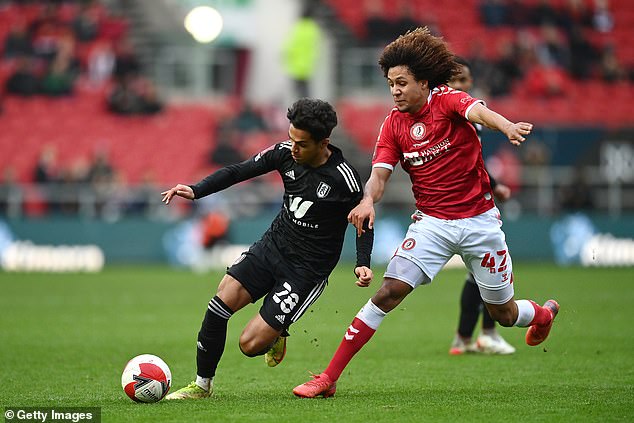 Former Liverpool attacker Harry Wilson netted the only goal as he helped Fulham to a 1-0 win to progress to the FA Cup fourth round.

Wilson’s dangerous cross evaded everybody in the box and nestled into the corner of the net on the stroke of half-time in extra time ensuring the Cottagers advanced. 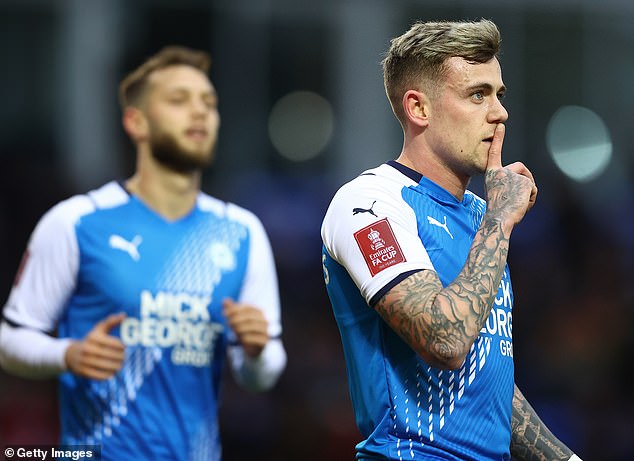 Sammie Szmodics opened the scoring for the hosts on 20 minutes, before Paul Coutt’s equalised from the penalty spot 10 minutes later for the League Two side.

On-loan Norwich man Mumba then came up with the goods on 63 minutes firing past Gas goalkeeper James Belshaw to send his side through to the fourth round. 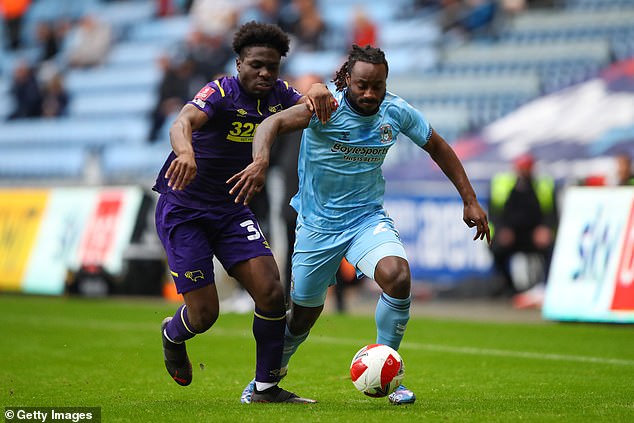 Coventry ensured their name was in the fourth round hat after they defeated Championship strugglers Derby County 1-0 on Saturday afternoon.