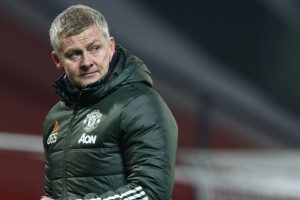 Manchester United boss Ole Gunnar Solskjaer is expected to ring the changes in their FA Cup third round clash with Watford on Saturday night.

The Red Devils will aim to bounce back from their 2-0 Carabao Cup defeat at home to Manchester City on Wednesday, which was their fourth straight loss at the semi-final stage of a cup competition.

However, a number of fringe players are likely to be given minutes against Watford at Old Trafford, with more crucial Premier League trips to Burnley and title rivals Liverpool in store next week.

Edinson Cavani is unavailable as he serves the last of his three-game suspension, while Facundo Pellistri has been ruled out after recently testing positive for Covid-19.

New recruit Amad Diallo, who has officially sealed his £37million move from Atalanta, is unlikely to be involved after only joining the club on Thursday.

Dean Henderson is expected to keep his place in goal, sitting behind a back four consisting of Brandon Williams, Eric Bailly, Axel Tuanzebe and Alex Telles.

In midfield, Nemanja Matic and Donny van de Beek should be given some much-needed action amid their lack of starting opportunities in the Premier League.

Daniel James is likely to get the nod on the right flank, with forgotten man Jesse Lingard potentially coming in on the left and Juan Mata positioned in his favoured No.10 slot.

And Solskjaer is bound to unleash Mason Greenwood, another United ace in need of a start, at the top of his attack.

Watford will be without Domingos Quina, Isaac Success and Stipe Perica when they visit Old Trafford, while Christian Kabasele is likely to miss out.