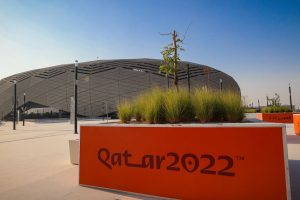 The 2022 World Cup is set to be a historic event for many reasons – mainly for the fact it hasn’t even begun yet.

Never before has the tournament not been held in the summer, so this year will mark the first time it has happened thanks to FIFA.

It has everything to do with the nation that is holding the competition, taking it away from its usual June and July spot.

Fans will have a lot to get used to as it will mean the first ever festive World Cup, something that may seem unusual to fans of the sport.

Why isn’t the World Cup happening this summer?

This year’s tournament is being held in Qatar, the first time ever that the competition has been held in the Middle East.

This is because FIFA made a pledge to have a major event be held in the region before 2030, leading to Qatar winning their bid.

However, their win came with a problem: incredibly high temperatures.

Th nation has been known to reach 41.5 degrees Celsius, with humidity making it soar to the high 40s and even low 50s.

This year is on track to be a scorcher and to avoid any players collapsing on the pitch, the tournament has shifted into the winter months when it will be slightly cooler.

There was opposition to the World Cup shifting dates for the first time, but ultimately FIFA determined that it was too high a risk to stick to the June and July dates.

The official kick-off is on November 21, with the tournament stretching throughout November and December.

It will take viewers way up until the week before Christmas, making an already busy season even more stacked.

The knockout stages will start on December 3, with the semi-finals happening on December 13-14.

The final will air on December 18, just days before the Christmas break.

Qatar will also be making their World Cup debut in a match against Ecuador.