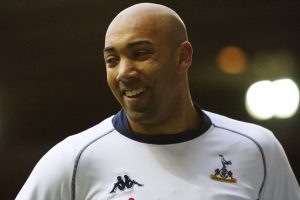 Former Tottenham star Stephane Dalmat once walked off during a Premier League game because he wanted to beat the post-match traffic.

Dalmat left Inter Milan to join Spurs on loan in the 2003/04 campaign, racking up 22 appearances and scoring three goals in his time with the north London club.

The French midfielder was known for being a bit of a maverick, which ultimately cost him a permanent move to Spurs in 2004.

And during one of his 22 appearances for the club, ex-Spurs striker Bobby Zamora has revealed that Dalmat unexpectedly walked off the pitch and left the stadium in order to beat the traffic after the match.

Zamora told Jimmy Bullard’s Off the Hook podcast: "We played a game at Spurs. In the first five minutes of the second half he just walked off the pitch.

“The ball wasn’t out of play or anything and he just starts walking off the pitch. I think I was on the bench and I thought he has pulled his hamstring or something.

Where do you think Tottenham will finish in the Premier League this season? Let us know in the comments section below.

“He walks down the tunnel. Doesn’t say anything to anybody. We played the game and then came in and he had shot.

“So we are like ‘Where is he, where is he? I don’t know. Not sure’. He was supposed to come in for the warm down – but he doesn’t come in for two days. “I find out in the end that he has got a plane to catch and he can’t get to the airport after the game because of the traffic and all that so he has gone off the pitch, walked down the tunnel, ‘off I go I’m going to get my plane’.

“He went back to home to France. He was just one of those players that just didn’t care."

Zamora added: “He was an absolute player. He was strong, quick, powerful, you could not get the ball off him. He had that sort of French arrogance.

“He played for some mad big clubs but just nobody could manage him. He was just an absolute loon.”