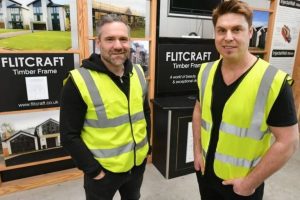 Former Blackburn Rovers midfielder David Dunn has opted to head down a different career path to most ex-footballers, working with for a timber business owned by one of his former teammates. The 43-year-old did try his hand at management but opted to turn his attention to leading a company rather than a football team.

Dunn made 251 Premier League appearances over the course of his career, scoring on 37 occasions and playing an important role in the survival pushes for both Blackburn and Birmingham City.

The former midfielder was a well-liked character in the dressing room and his experience made him an important figure behind closed doors, prompting clubs to take a chance on the once-capped England international and hand him a managerial role.

Dunn joined Oldham Athletic to see out his career but found himself as caretaker manager and then manager shortly after. Spells at Blackpool, Blackpool and Barrow followed, though the Blackburn hero has found more joy in the timber industry.

Dunn headed into business to work for former teammate Garry Flitcroft, who made over 400 appearances over the course of his career. The pair work out of a factory in Preston, with the company aptly named ‘Flitcraft’.

Dunn and Flitcroft spent four years together at Blackburn before their careers took different twists, though few could have predicted they will have ended up alongside one another so far down the line.

Flitcraft is a company that focuses on building eco-houses with timber housing, whilst delivering the service at a fraction of the price of more traditional construction methods. Speaking to The Sun about his business, Flitcroft, who started growing his house portfolio as soon as he became a professional footballer, said: “We’ve done them for a couple of the football lads, a few TV stars have been on the phone, it’s all going from strength to strength.

“The thing is, when you finish playing, you really miss that dressing-room craic. But I’ve got my own team here, a lot of the lads are people I’ve known since I was 18. I love working on the site with them and having Dunny on board is fantastic. It’s like bringing that dressing-room feeling into work every day — and it couldn’t be going any better.” It remains to be seen whether Dunn continues to put all of his efforts into Flitcraft or he decides that he has unfinished business in the management sphere.