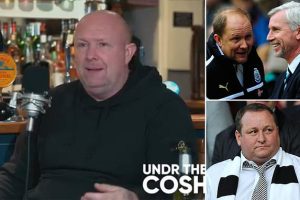 ‘It was like the music had stopped and everyone had become sober’: Ex-Newcastle coach Andy Woodman reveals incredible moment Mike Ashley offered him his infamous eight-year contract in a BAR… and how turning it down got manager Alan Pardew the same deal

In 2012 Pardew and his team were given the unprecedented deals, much to the total shock of the football world. It was the first time anything of the sort had been seen in the English game.

Wealthy owner Mike Ashley was still riding a high after the club had managed a fifth-placed finish under Pardew and harbored grand aspirations to turn Newcastle into a global superpower.

Yet the origins of the now infamous contract episode have a very British theme, and revolve around a chance meeting during a night on the tiles with the alcohol flowing. 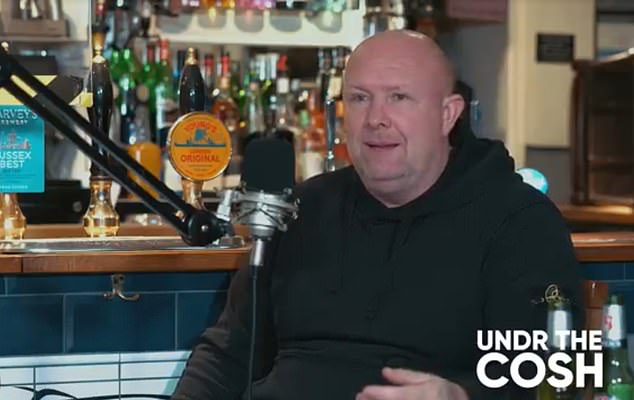 Former Newcastle goalkeeping coach Andy Woodman has revealed the sensational series of events which led to himself, Alan Pardew and the coaching staff getting eight-year contracts

Revealing the tale via the Undr the Cosh podcast, former coach Woodman recounted the brutally honest tale of how the Premier League’s largest ever contract offer came to fruition, and the twists and turns along the way.

Setting the scene by describing how himself and his wife had met up with an old friend, a former footballer, and his partner, they headed for a meal on the outskirts of Newcastle, which quickly descended into several drinks and care-free dancing.

Woodman explained: ‘We started having a fair few drinks, it’s a Friday night before a game I mean come on, I shouldn’t be doing this let’s be honest, but I’ve caught up with my friend and we’re having a good night.

‘Then I hear Mike Ashley is in the building, and I think “oh no f****** hell, that’s all I need. And then I see Mike and [managing director] Derek Llambias and their crew of friends making a beeline towards us.

Woodman admits at this point he thought the Newcastle owner was going to read him the riot act, yet Ashley – it soon emerged – was feeling in a very party mood himself. 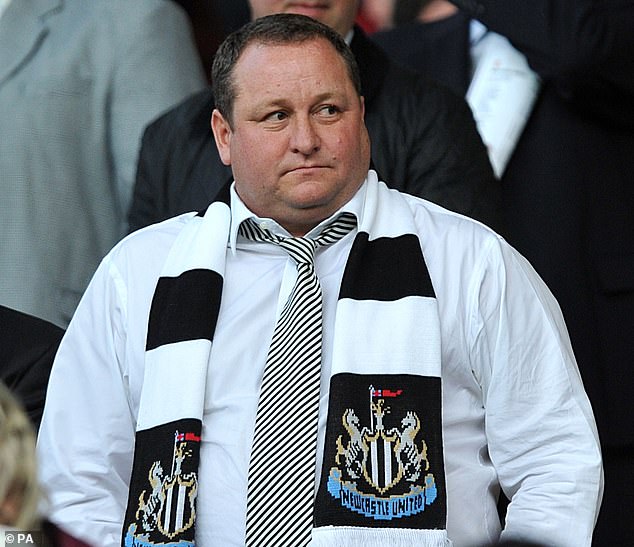 Wealthy owner Mike Ashley saw Woodman on a night out before a match, and scenes quickly escalated as the party of people shared shots and beers and discussed Newcastle’s future

After making his hasty excuses to Ashley, Woodman continued:  ‘He said “nah, nah you stay here, let’s get some shots.” My missus is looking at me as if to say we’re in a bit of s*** here.

‘So we’re chatting away and it’s all nice and then he says “you’ve done a f****** great job, I love you, I’m gonna give you an eight year contract tomorrow.”

‘It was as if the music had immediately stopped and everyone had become sober.

‘I’d got from being really drunk and my wife dancing over there to her coming straight over and being like: “did he say eight years!?”

‘So I sort of went, “nah honestly Mike I love it here, you don’t have to do that” but in my head I’m thinking “where’s the pen!?”

Woodman admits the remainder of the night, escalating into the small hours, quickly became a blur, before he found himself walking down the touchline at St James’ Park the following day prior to the match feeling very worse for wear.

Woodman, hoping the previous night’s antics would go under the radar and thinking Ashley’s promises were simply said through the filter of several pints, quickly realised the events were still unfolding. 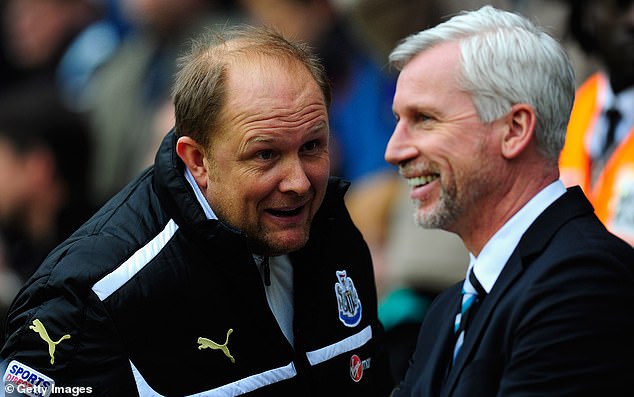 Manager Pardew greeted Woodman in his office, only to reveal he knew all about the night in the bar, while confirming that Woodman alone had been offered the staggering eight-year deal.

The match played out, with Woodman admitting his mind was that preoccupied that he could not remember whether his team won, drew or lost.

Given the media storm that would naturally follow if a goalkeeping coach was to sign a deal which vastly exceeded that of the manager himself, Woodman told Pardew he would offer his utmost thanks to Ashley after the game, but explain that he could not possibly sign such terms.

Heading up to the executive boxes some time after the final whistle, Woodman was expecting the whole ordeal to now come to a friendly end. Instead, another bombshell was soon to drop.

Woodman explained, after warmly greeting Ashley: ‘I said “I appreciate it Mike but it’s going to cause you a bigger problem with the manager, assistant manager and all the other staff.” 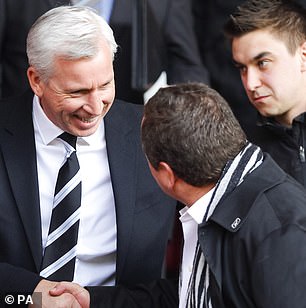 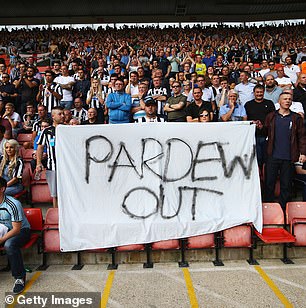 By initially turning down the deal, Woodman sorted it so that Pardew also got a huge contract offer, though not long after things quick soured on Tyneside and results fell off 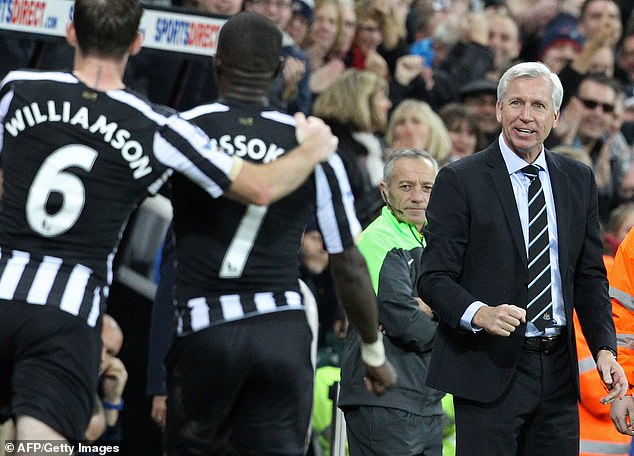 ‘He just goes… “well I’ll give you all eight-year contracts.”

And so, Ashley remained a man of his word and the most bizarre set of contracts in English football were issued.

Woodman outlines how impressed he was that Ashley also put money aside for each of Pardew and his staff members to hire top sports lawyers to carefully peer through the fine-print.

Woodman says he fully expected his unprecedented contract to include a break cause after a year in case of things not going well, as is standard procedure in many long-term employment deals.

To the astonishment of the lawyer, no such clause existed. Struggling to hide his laughter, Woodman revealed how the lawyer in question part-joked with him at the time and said ‘get a f****** pen and get that signed, and get yourself sacked from that job as quick as you can, there’s full pay-up in there!’.

Such was the length of the deals, Pardew, Woodman and Co. would have seen their deals officially reach their end last year, in April of 2020.

After putting ink to paper in 2012 however, fortunes quickly started to turn for Newcastle, and a once content and optimistic fanbase quickly turned on the ownership and also the manager. 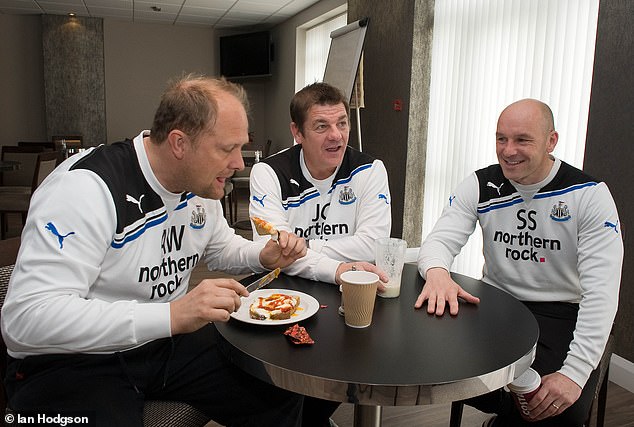 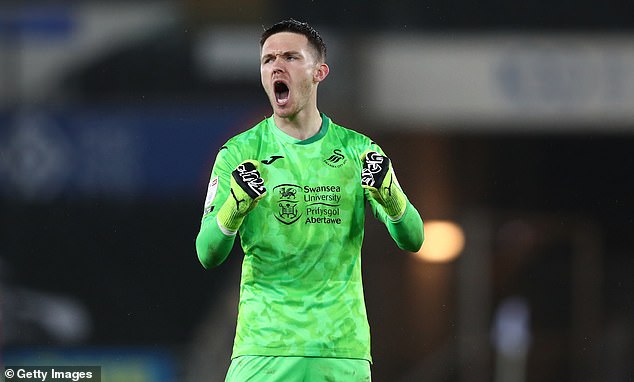 Woodman’s son Freddie remains on the books at Newcastle, on loan at Swansea this season

Pardew left in December 2014 for Crystal Palace following a poor spell. Ashley, as obligated by the contracts, had to pay up each of the respective salaries as the staff members left at different intervals thereafter.

Steve McClaren, Rafael Benitez and Steve Bruce have all managed the club since.

Woodman, 49, spent four-and-a-half years on the club’s backroom staff between 2010 and 2015 along with Pardew and then John Carver.

He remains involved in football and is currently continuing his goalkeeper coaching duties in the top flight, with Mikel Arteta’s Arsenal.

His son Freddie has also followed in his footsteps to become a keeper, and is still on the books of Newcastle United but features on loan this season in the Championship with Swansea City.

Watch the full episode of the Undr the Cosh podcast on their Youtube channel here. 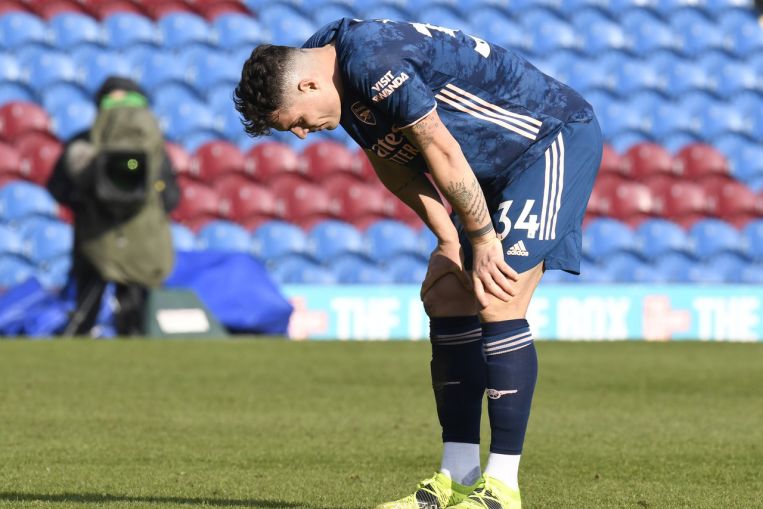 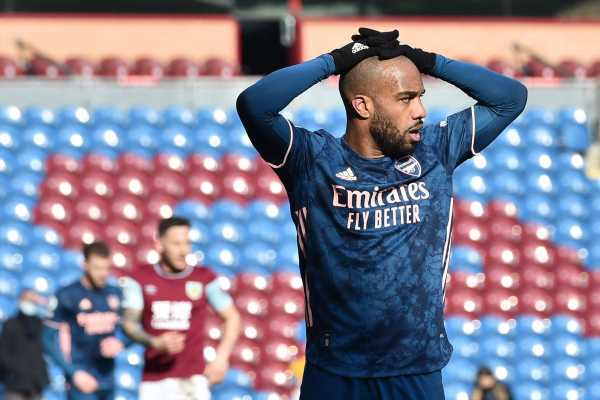 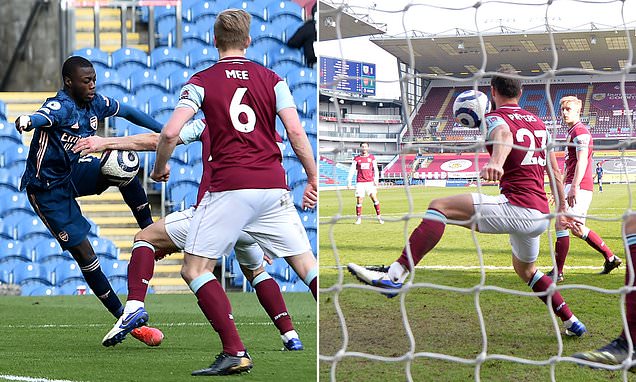 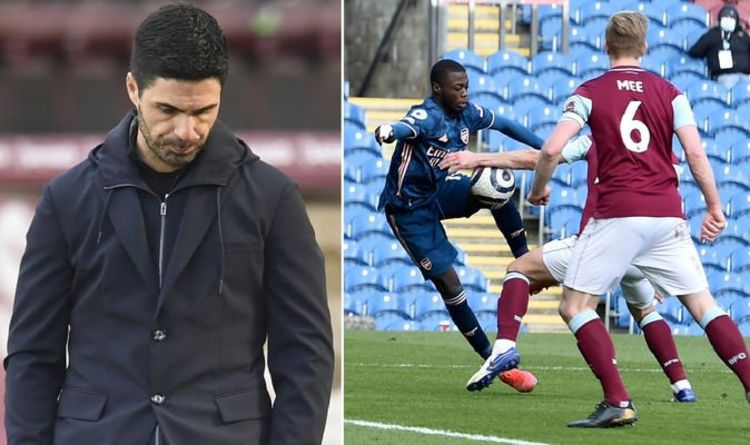