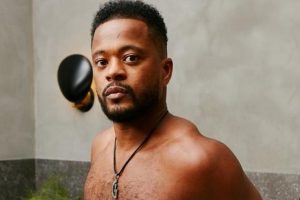 Age is just a number to Cristiano Ronaldo; you could easily forgive him, at the age of 36, for moving to the MLS – or China – like his so many of his contemporaries.

However, he is still smashing in goals week-in-week-out for Juventus in Serie A and competing at the highest level in Europe.

The key factor to this achievement is his diet, and how he takes care of himself; as recently as 2018, Ronaldo claimed to have a biological age of only 23!

However, this hasn't stopped former Manchester United teammate – and long-time friend – Patrice Evra from taking some cheap shots on Instagram.

Evra uploaded the topless photo of him on his Instagram page, and captioned the post: "No alcohol no smoke healthy food then you can pose like @cristiano before a nice hot bath don’t be jealous bro I just wanna share"

Evra – who is three years Ronaldo's senior – retired from professional football in 2018, having made sporadic appearances for West Ham.

The post was spoofing one Ronaldo had made a couple of days earlier advertising his underwear line, which he captioned: "Start the day empowering yourself in the most comfortable way possible. #cr7underwear"

The pair played together at United between 2006 and 2009 – winning the Premier League title every year.

Evra, who is quick to a joke, once tweeted: "He is a machine!! Just don’t go to his house for lunch it’s like another training session!"

He later confirmed this on ITV, where he was a pundit during the 2018 World Cup, when he said his advice for anyone going for lunch at Ronaldo's house was to just say no.