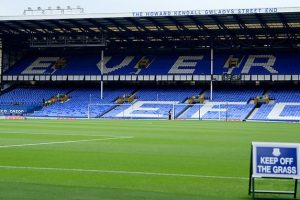 Everton vs Burnley LIVE: Rafael Benitez’s men look to move into the top four with a win at Goodison Park as the Clarets search for their first league win of the campaign

Rafael Benitez was not a popular appointment at Everton, but his return to Merseyside has gone well so far as the Toffees eye a place in the top four.

After an opening-weekend 3-1 victory over Southampton, a 2-2 draw at Leeds was followed by an impressive 2-0 win at Brighton.

Burnley, meanwhile, have made a slower start, with Sean Dyche’s men losing to the Seagulls and Liverpool before claiming their first point of the campaign against Marcelo Bielsa’s side.