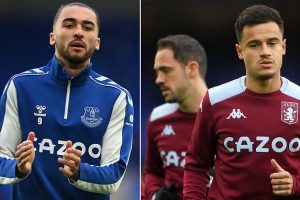 Everton vs Aston Villa LIVE: Duncan Ferguson makes FIVE changes to the side that lost to Norwich as they look to stop the rot… with Toffees fans set to give Steven Gerrard a hot reception

Everton host Aston Villa in the Saturday lunchtime kick-off in the Premier League.

Duncan Ferguson takes caretaker charge of the Toffees following the sacking of Rafael Benitez last weekend and they urgently need all three points to pull clear of the relegation battle.

Aston Villa manager and Liverpool legend Steven Gerrard said he is preparing for ‘lots of abuse’ during his visit to Goodison Park.

A plane has just flown over Goodison, flying a banner reading: ‘Banner flying overhead at Goodison ahead of kick-off: “22 years of failure, Bill. Time to go”

Here’s your ten minute warning before the action kicks off at Goodison!

It may be the Blue side of Liverpool in action this afternoon but we know the Red side will be paying very close attention.

When asked what the message for his team was, the Toffees caretaker boss said: ‘Go for it, really be aggressive, really show the Everton way.

‘We want the team on the front foot, we want them to press hard. That’s the type of message really, similar to what happened two years ago.’

But Ferguson is glad he’s on the sidelines with former Liverpool star Gerrard and not the one getting aggressive against him on the pitch.

‘Top player he was, wasn’t he? He was unbelievable.

‘But look, it’s Everton against Aston Villa and it’ll be a really great game. But it’ll be good to see Steven, top player.’

The players have taken to the pitch to warm up on a chilly Merseyside afternoon.

A nice little reminder of the gorgeous British weather for Coutinho after his sunny spell in Spain. 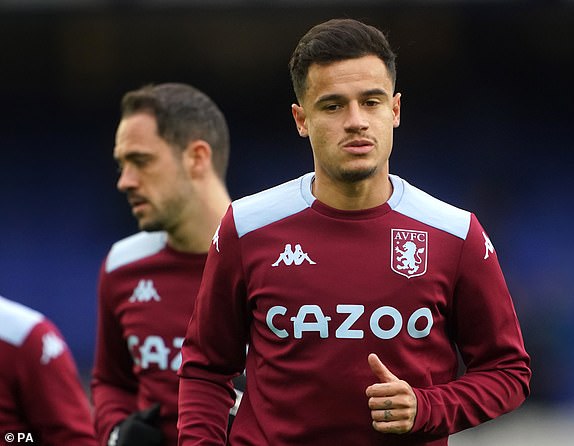 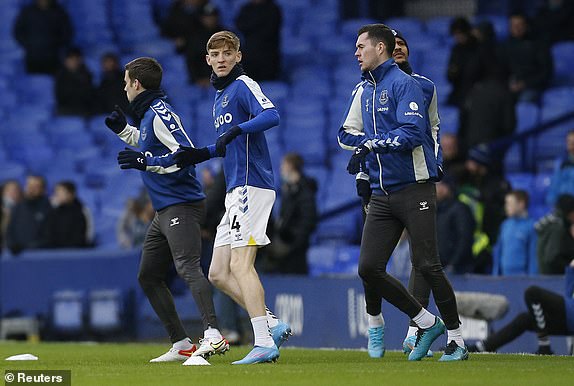 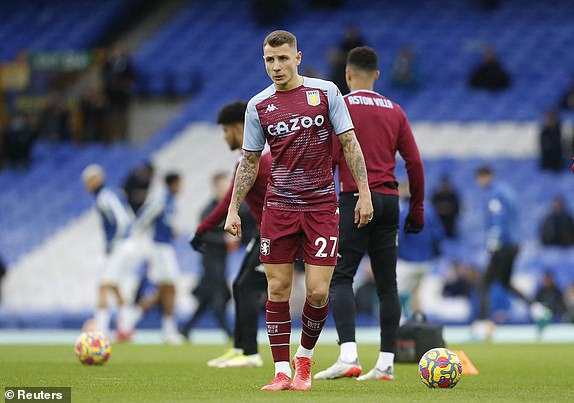 Liverpool legend Steven Gerrard insisted he could never follow Rafael Benitez by crossing the divide between the bitter Mersey rivals.

The Villa boss admited he was shocked his former Liverpool manager Benitez took over at Everton last summer, insisting it ‘doesn’t make sense’ to take charge of a bitter enemy.

More below from Tom Collomosse.

Ferguson has made five changes to the Toffees side that was beaten at Norwich last weekend.

Jonjoe Kenny, Mason Holgate, Richarlison, Yerry Mina and Andros Townsend all return to the side, while Allan, Michael Keane and Seamus Coleman are among the substitutes.

But there is no place in the squad for new signings Vitaly Mykolenko and Nathan Patterson.

Meanwhile, Philippe Coutinho is set to make his full starting debut after scoring off the bench against Manchester United, as Gerrard makes two changes.

John McGinn returns from suspension as Danny Ings and Morgan Sanson drop to the bench.

And full-back Lucas Digne starts against his former side.

Hello all and welcome to Sportsmail’s coverage of Everton v Aston Villa.

The Toffees host Aston Villa in this week’s 12:30pm Premier League kick off and it is set to be a thrilling one as Liverpool legend Steven Gerrard returns to Goodison Park.

Everton will be desperately searching for all three points under caretaker manager Duncan Ferguson as they need all three points to pull clear of a relegation battle in the wake of Rafa Benitez’s departure.

We’ll have the team news shortly!