Everton are most interested in signing Philippe Coutinho ahead of the summer transfer window. Coutinho is reportedly linked with a Premier League comeback as Tottenham and Liverpool are said to be keeping tabs on him despite a poor couple of seasons at Barcelona and Bayern Munich.

The attacking midfielder joined Barca from the Reds on a record £142million deal in 2018 but struggled last season and was thus sent on loan to Bayern a year later.

But things didn’t improve for the Brazil international and thus the the German champions are not keen on offering him a permanent deal at the Allianz Arena.

Therefore, the 28-year-old will most likely be looking for a new team in the summer with Premier League clubs showing interest. 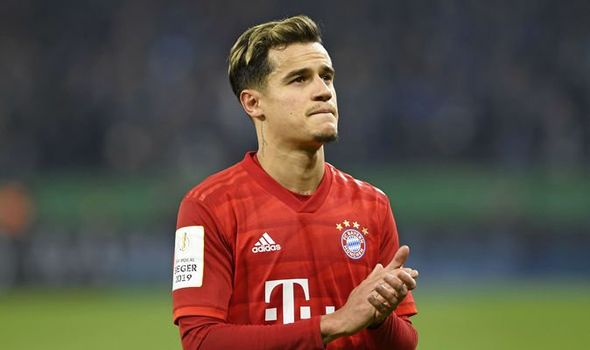 According to Bleacher Report, Tottenham and Liverpool are said to be among potential suitors but both clubs’ interest appears to have cooled down.

Everton, however, remain keen on Coutinho and the Brazilian may have to seriously consider a move to the Reds’ Merseyside rivals if he wishes to return to the Premier League. 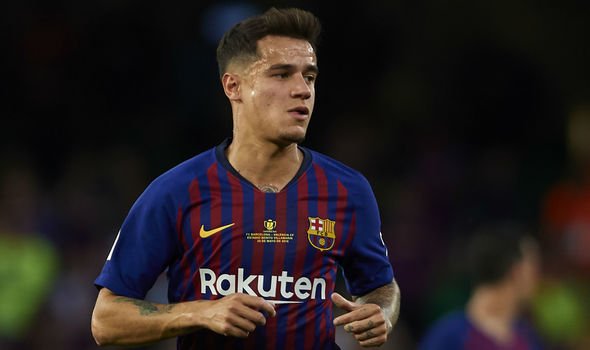 Carlo Ancelotti has turned the Toffeees’ fortunes around ever since taking over from Marco Silva in December as he steered them away from relegation danger and is even targeting Europa League qualification.

Ancelotti has recently expressed his desire to form a strong unit that could even target the Premier League title and Coutinho would be the kind of signing that would help Everton take then next big step.

The Italian manager recently said: “I hope soon Everton has to be competitive and fight for the first position of the Premier League with Liverpool, with Chelsea, with Tottenham, with Manchester United, with all the big teams.

“I don’t know how long it takes but I hope that soon we are able to compete.

“We have a young squad with young players with a lot of skills, a lot of ability. I think just the fact that we can improve this skill and this ability can give us more opportunity to stay at the top.”

Coutinho has amassed nine goals and eight assists in 33 appearances across all competitions this season for Bayern.

The Brazilian has also been linked with a move to Newcastle ahead of the club’s imminent £300m takeover.