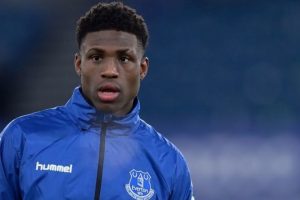 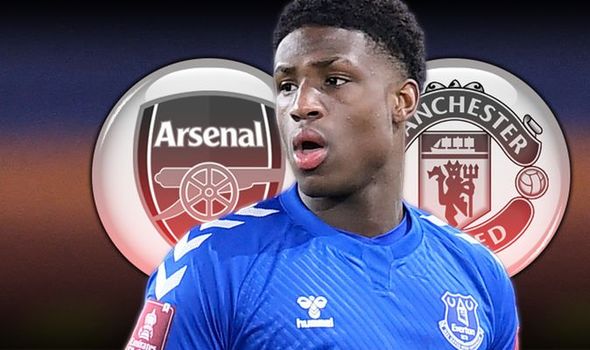 Everton are facing the prospect of losing one of their brightest academy stars in the form of Thierry Small this summer, as the teenager weighs up his options due to a lack of first-team opportunities at Goodison Park. Small became the youngest-ever player to feature for the Toffees in January when he made his debut off the bench in the 3-0 FA Cup win over Sheffield Wednesday at the age of 16 years and 157 days.

The marauding wing-back, who has made a huge impression behind the scenes at Finch Farm, has drawn comparisons to Bayern Munich star Alphonso Davies due to his motoring runs up the touchline and willingness to attack.

Small is considered the best left-back in the country for his age and amongst the best in Europe but Everton are yet to secure an agreement over his first professional deal.

A three-year contract has been on the table for well over a year, however, Express Sport understands the player is reluctant to commit his long-term future to Everton given the lack of opportunities since his debut, which includes simply training with the first-team.

The admirable consistency and quality of Lucas Digne has understandably made opportunities hard to come by while 20-year-old Frenchman Niels Nkounkou is also ahead in the pecking order, despite playing just 69 minutes of Premier League this season. 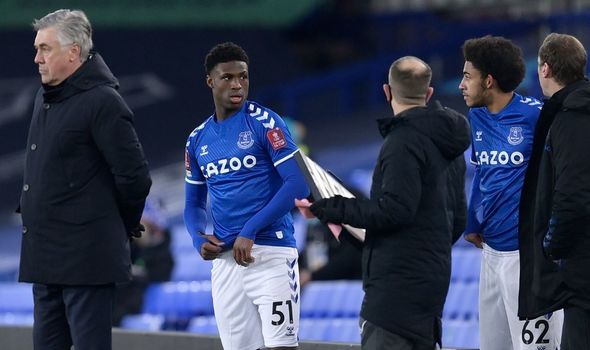 Carlo Ancelotti has even opted to change shape and bring in Alex Iwobi and Ben Godfrey as cover, ahead of handing Nkounkou and Small minutes.

Small is now understood to be prioritising his breakthrough in the men’s game and is even willing to snub interest from the likes of Manchester United and Arsenal.

Bayern Munich, who have taken a liking to young English talent in recent times including Jamal Musiala – now representing Germany – Callum Hudson-Odoi and Omar Richards respectively, have also shown an interest in the Everton academy gem.

However, Bayern’s attempts to lure Small to Germany have been since been scuppered by new Brexit regulations that now prohibit the transfers of 16-18-year-olds into Europe.

At this stage of his career, a marquee or glamour move to one of the Big Six is unlikely to tempt Small, who simply wants to play regularly to continue his development.

Meanwhile, Brighton, Leeds and Brentford are all prepared to offer him a direct pathway straight into the first-team set-up.

Small will enter the final year of his scholarship next season, meaning Everton would still be entitled to demand a fee for one of Europe’s hottest young commodities, in the region of £1million.

Talks between Everton and the player’s representatives remain ongoing but the lack of progress is likely to raise concerns amongst supporters, who are aware of Small’s frightening potential and are desperate for him to make the grade under Ancelotti. 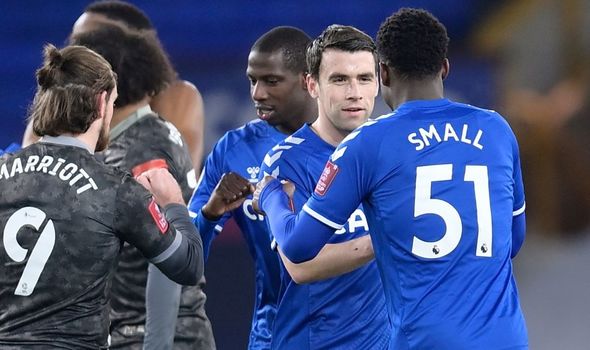 Since his first-team bow, Small has failed to make the first-team matchday squad while fellow debutant Tyler Onyango has been named on the bench as many as 10 times by Ancelotti.

The omissions have left Small concerned about his realistic prospects of breaking through at the club given the abundance of options at left-back.

Earlier this week, he returned to Merseyside from international duty with England Under-17s having played a friendly against Watford U-23s on Tuesday.

Everton remain desperate to keep hold of the player at all costs, as they seek to strike a contractual agreement with their young prospect.