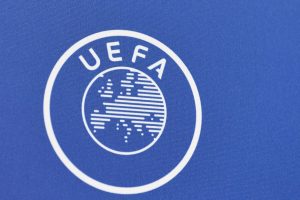 A new European competition will be introduced next season, affecting sides in the Premier League and across Europe.

The UEFA Conference League will run alongside the Champions League and Europa League, but there remains confusion over the tournament.

Below, we have explained the key details of the competition as its arrival edges closer.

UEFA had reportedly considered the creation of a third-tier European competition since 2015, with the belief that it would present the opportunity for lower-ranked UEFA member sides to progress further than they ordinarily would in the UEFA Europa League or Champions League.

The Europa Conference League will have 32 teams entering its group stage, with the Europa League being reduced from 48 to 32 teams itself.

184 teams will be involved over the course of the season, including at least one from each of the 55 associations.

England will have one representative in the tournament – the Carabao Cup winner of the previous season.

Manchester City would therefore ordinarily qualify but have already secured Champions League football for next year. As a result, the spot will be handed to the next highest-placed team who have not qualified for a European tournament.

Provided Chelsea and Leicester remain in the top five – or Thomas Tuchel's side go on to lift the Champions League – the Premier League's seventh-placed team will qualify for the Europa Conference League next season.

Winners of the Conference League will be entered into the Europa League for the following season.

Similarly to the Europa League, matches will take place on Thursday evenings.