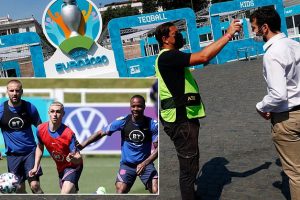 Euro 2020 build-up LIVE: The European Championships start TODAY as Turkey and Italy go head-to-head in Rome… while England receive a major boost with the return of Harry Maguire – follow all the latest news and pictures here

The big day has arrived! Euro 2020 finally gets underway today, with Turkey vs Italy kicking off the long-awaited tournament.

And it won’t be long until England are in action, as they get underway in a mouth-watering encounter against World Cup semi-final opponents Croatia on Sunday.

Beforehand, Wales will be the first Brits in action as they take on Switzerland on Saturday, while Scotland play the Czech Republic on Monday.

Gareth Southgate received a major boost on Thursday, with No 1 centre-back Harry Maguire returning to full  raining, but the news isn’t just with England – it’s coming in thick and fast with all 24 teams gearing up towards their opening fixtures.

Follow Sportsmail’s SPENCER MORGAN for live updates as we take you through the latest news in the build-up to the European Championship.

With the tournament now just hours from getting underway, Sportsmail takes you through the opening ceremony details, the groups in full and the latest odds.

Jose Mourinho has gone against his pragmatic instincts and urged Gareth Southgate to scrap a back-five and unleash his attacking stars against Croatia in England’s opening Euro 2020 game. 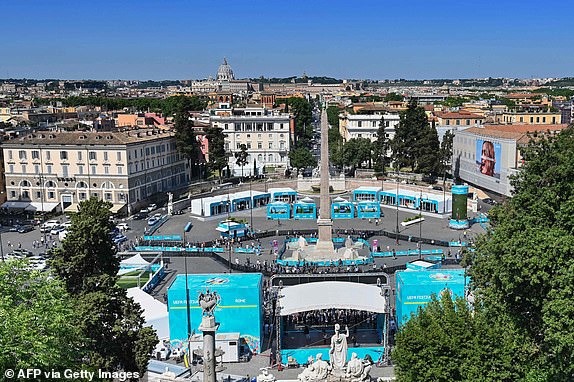 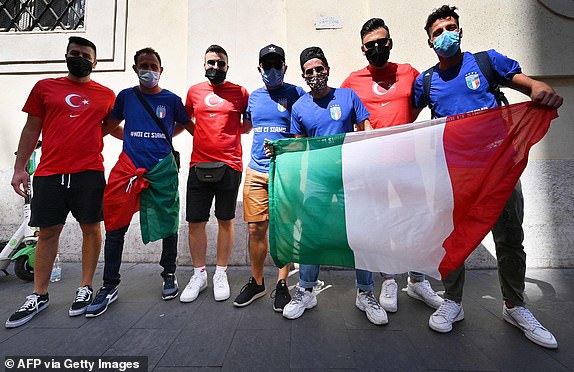 In the build-up to the tournament, the Sportsmail columnists met to discuss England’s prospects, the Home Nations challenge and potential superstars.

READ THE FULL DEBATE BELOW

Gareth Southgate is almost certain to ignore Harry Maguire for Sunday’s Euro 2020 clash against Croatia despite the defender’s return to full training.

Kylian Mbappe was reportedly left feeling unconvinced by Olivier Giroud’s apology after the Chelsea striker criticised his performance in France’s 3-0 win over Bulgaria.

Portugal will be out to defend the crown they won in Paris five years ago, while France and England will be among the leading European countries hoping to taste success this summer too.

But who will get to claim success at the tournament? And how well can Gareth Southgate’s men do? Sportsmail‘s pundits and columnists give their opinions…

The Euros is FINALLY  here.

Tonight, Turkey and Italy get the tournament underway.

The excitement levels have reached their peak and I for one cannot wait for the Euros to get going.

Make sure you stick with me as I’ll be bringing you all the latest Euro 2020 news, developments and pictures throughout the day.