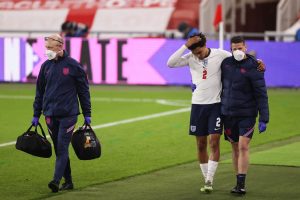 England got their Euro 2020 preparations underway last night with a 1-0 win over Austria in Middlesbrough, but Trent Alexander-Arnold’s injury has dampened the mood with less than two weeks before the Three Lions’ opening match against Croatia at Wembley.

There was joy for Bukayo Saka as the 19-year-old scored his first international goal to seal the warm-up win, as well as impressive performances from Jude Bellingham and Jack Grealish, but manager Gareth Southgate now has a nervous wait as England assess Alexander-Arnold’s thigh strain. It’s one of several injury concerns for Southgate ahead of the tournament, with Harry Maguire and Jordan Henderson also facing a battle in their bids to return to full fitness.

Southgate also condemned those at the Riverside Stadium who booed England taking the knee before kick-off, as sections of supporters continued to voice their opposition to the pre-match showing of solidarity towards anti-racism.

Elsewhere, a much-changed Scotland secured a 2-2 draw with the Netherlands to get their preparations underway, despite the ongoing uncertainty around the squad’s Covid-19 scare, while 10-man Wales were beaten 3-0 by tournament favourites France. England aren’t the only country to have fitness concerns, either, with Kevin De Bruyne set to miss Belgium’s opening game of the tournament.

We’ll bring you all the latest team news, reaction from last night’s friendlies and build-up to Euro 2020 throughout the day:

A depleted Scotland secured a 2-2 draw against the Netherlands last night in a positive opening warm-up game for Steve Clarke’s side ahead of Euro 2020.

And there was more good news as Clarke confirmed six of the players who missed the match will return to training this week ahead of Sunday’s fixture against Luxembourg.

“We’ll take it a day at a time,” Clarke said. “The only one that won’t train is John Fleck. We’ll give him a couple days. He hasn’t returned any negative tests as of yet.”

Scott McTominay should also return for Clarke’s side following his involvement in the Europa League final last week.

England are far from the only country with key injury concerns ahead of the tournament.

Belgium are facing the prospect of opening their campaign without Kevin De Bruyne or Eden Hazard, with the former a major doubt for their fixture against Russia on 12 June.

“De Bruyne is unlikely to be fit for that first match so whoever replaces him will have to show he’s ready,” Belgium manager Roberto Martinez has said.

“He could be available for the Euros but we don’t know when at the moment. It’s too early to give you an answer now, we must first get the green light from the medical side.”

Alexander-Arnold’s injury was a reminder of how turbulent the build-up to international tournaments can be, writes The Independent’s Miguel Delaney.

“Southgate might well consider changing the make-up of his squad in terms of position, but that is also why the Alexander-Arnold injury articulated another issue.

“There are a number of key players going in to the tournament well off full fitness. Jordan Henderson was supposed to be involved against Austria, but felt some discomfort in the morning. Southgate felt he just couldn’t risk him, which shows how fraught his situation is.

“Both he and Harry Maguire are struggling to be fit for the Croatia game, which begs the question of whether the England manager surrendered an old principle of refusing to pick injured players.” 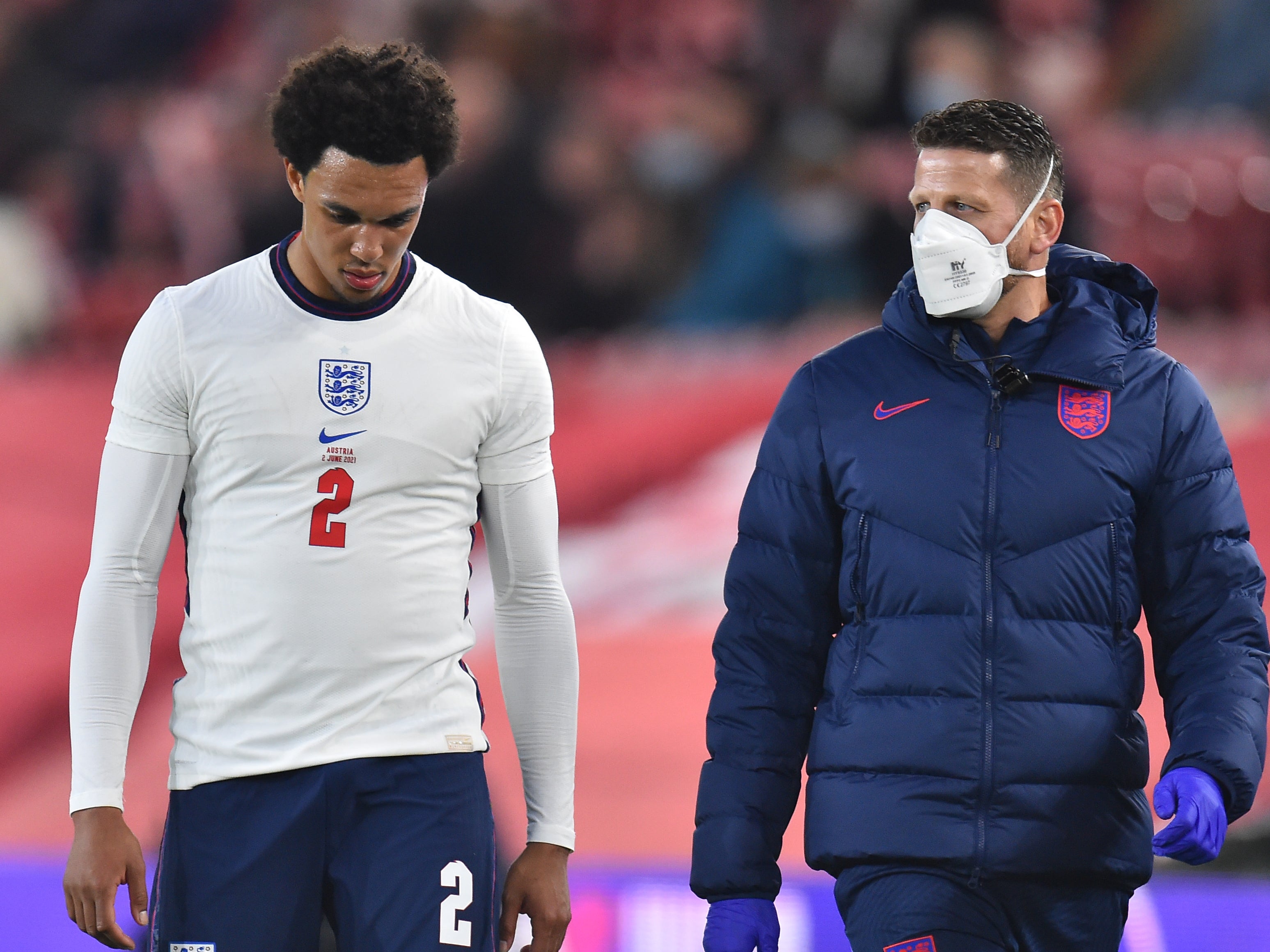 Gareth Southgate’s squad is already full of compromises as key players nurse niggles, and the manager may now face a fresh decision over how to replace Alexander-Arnold after his injury against Austria

Here’s what we know so far on the Liverpool full-back’s injury.

“It looks like his thigh but we don’t know the extent at the moment,” Southgate said. “Clearly it’s not a good sign that he had to walk off, and he looked in some discomfort with it. But we’ll know more in the next 24-48 hours.”

Alexander-Arnold could be seen mouthing “it’s gone” as he made his way off the pitch at the Riverside Stadium, and the 22-year-old required assistance as he hobbled round the perimeter. 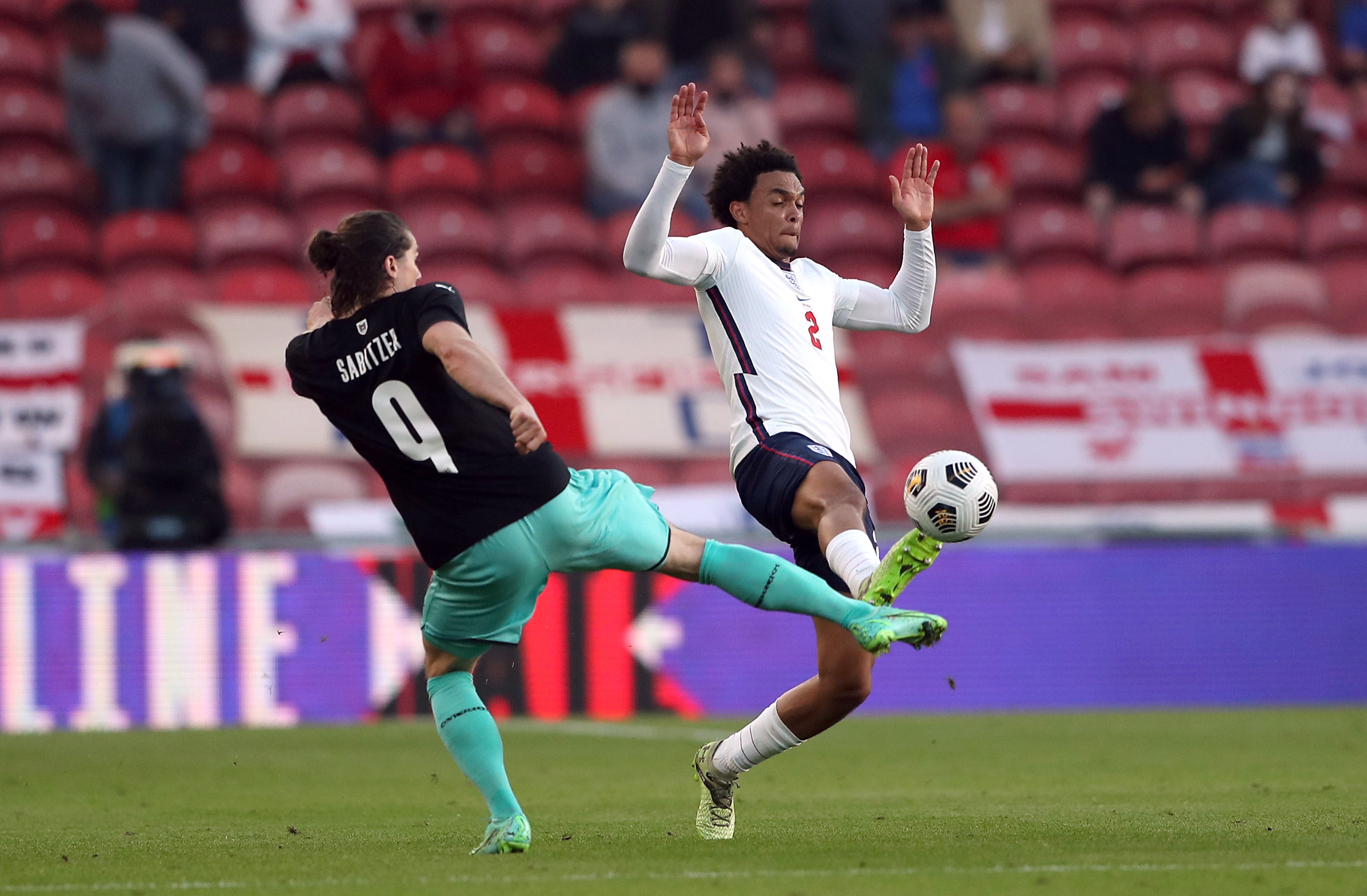 Hello and welcome to The Independent’s daily Euro 2020 live blog. We’ll be bringing you all the reaction from last night’s friendly matches, with England, Scotland and Wales all in action, as well as the rest of the build-up ahead of the tournament.

We’re now just eight days away from the opening fixture between Italy and Turkey, with England’s first match against Croatia taking place on 13 June.

With that in mind, attention today will be on the injury concerns in England’s camp, with Gareth Southgate and Trent Alexander-Arnold expected to discover more about his thigh strain in the next 24-28 hours. Jordan Henderson and Harry Maguire both have work to do ahead of the tournament as well.