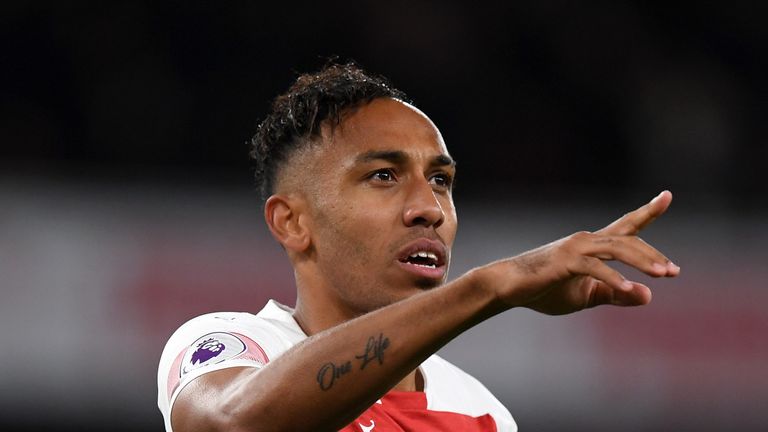 Strikers take centre stage this week as we compare the fortunes of the frontmen featuring in the Sky Live clashes.

It is another big weekend as we reach matchday 10 in the Premier League with three live games on Sky Sports.

After their opening day win at Fulham, it has been a season of struggle so far for the Eagles.

Palace have taken only four points from their last eight games and the goal drought is back, scoring only three goals since the opening day of the season – fewer than any other club in the division. 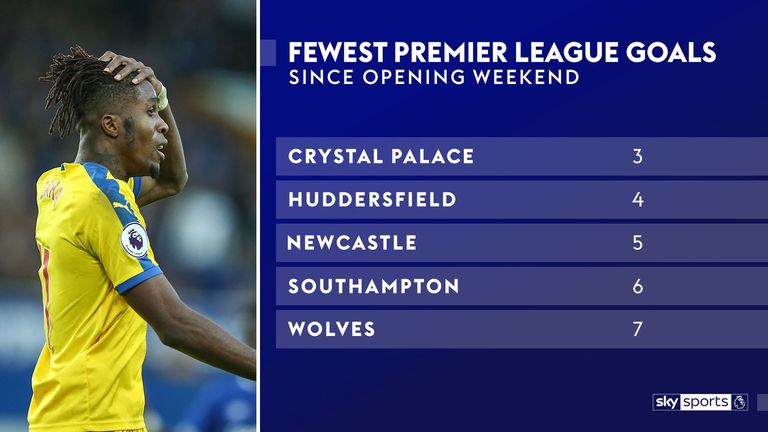 As well as looking for more ways to score, they will also have to stop one of the most in-form players this year.

Pierre-Emerick Aubameyang has hit the ground running since joining Arsenal from Dortmund in the January transfer window, scoring or assisting every 80 mins.

He scored twice in five minutes after coming on as a substitute on Monday against Leicester and his tally of 16 Premier League goals since his debut is bettered only by Mohamed Salah.

Incredible, Aubameyang has been involved in 21 goals in 22 league appearances. Once again, Salah is the only player with more since the Gabon international made his debut against Everton in February. 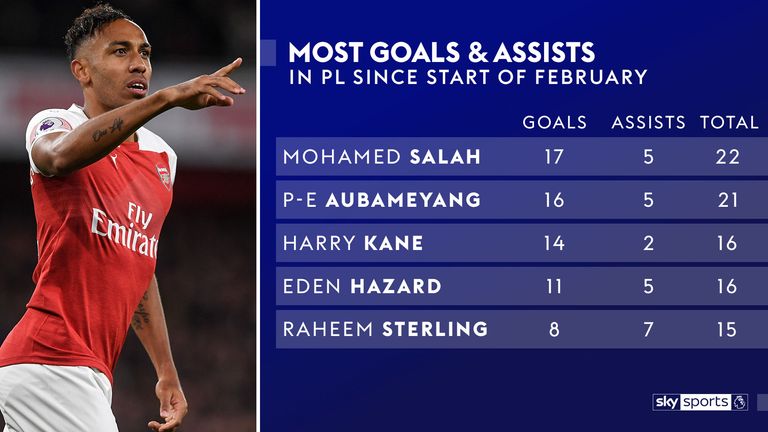 Lukaku scored 10 times in the league at Old Trafford last season, but he is without a goal in his last six home appearances in the top flight, with his last strike coming against Swansea all the way back in March.

All four of Lukaku’s Premier League goals this term have been scored on the road. In fact, he’s the joint-top scorer away from home – level with Tottenham’s Harry Kane.

The Belgian has also had more attempts and touches in the opposition area in away games than he has at Old Trafford, but he found the net against his former club last season – so will he end his barren run on Sunday? 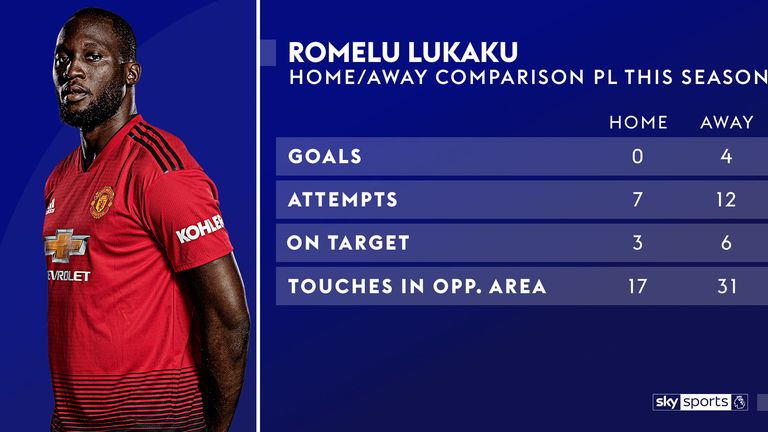 Everton arrive at Old Trafford in season-topping form. Marco Silva’s men have won their last three Premier League games and are looking to achieve four successive wins for the first time since September 2016.

The Toffees won only six points from their opening six games before taking maximum points in their last three outings.

In addition to improving their points tally, Everton have increased attempts on goal, passes and possession – in addition to conceding fewer shots.

They may need to maintain, if not improve those numbers, to claim a third Premier League win at Old Trafford. 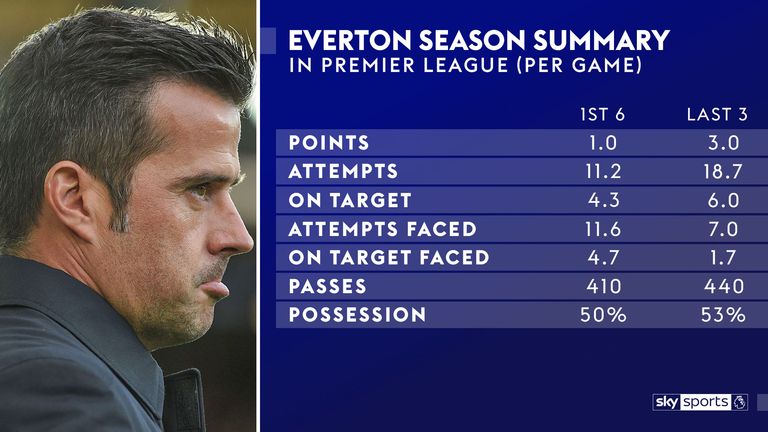 Monday Night Football brings us a blockbuster showdown between Tottenham and Manchester City at Wembley Stadium.

Pep Guardiola will be looking for a repeat of the result back in April, when City won 3-1 – leaving him on the brink of clinching his first Premier League title. This Monday, the two No 10s could prove decisive.

Kane has found the net only once from open play in seven league games against Manchester City – and he is without a goal in his last three appearances against Guardiola’s men.

As for Sergio Aguero, well he is close to yet to another record – needing just one more goal to become only the second non-English player to score 150 Premier League goals. 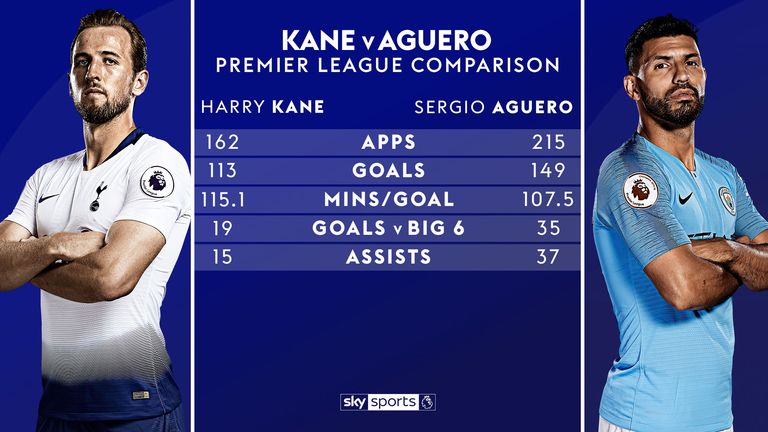 The Argentine raises his game in the big games, too – he has scored 35 goals against ‘big six’ teams, with 10 of those coming against Spurs.

So your Premier League weekend starts on Super Sunday with a London derby between Crystal Palace and Arsenal, from 12.30pm on Sky Sports Premier League.

Then, at 3.30pm, we turn to Old Trafford as Manchester United take on Everton, also on Sky Sports Premier League. 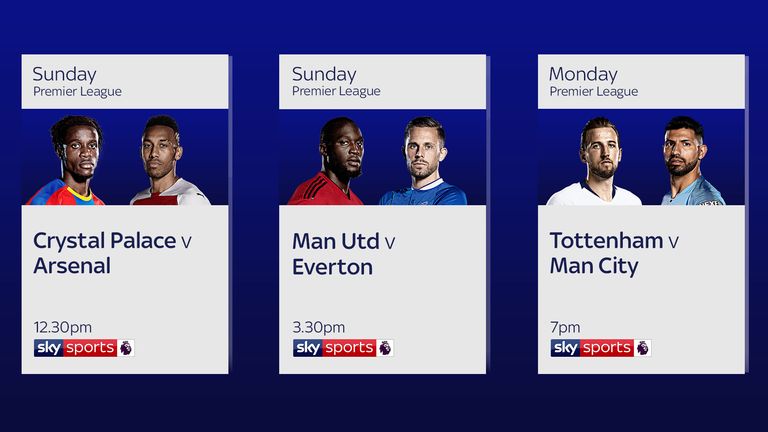