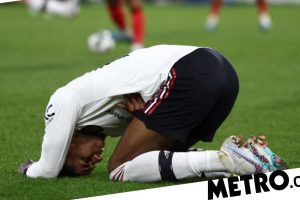 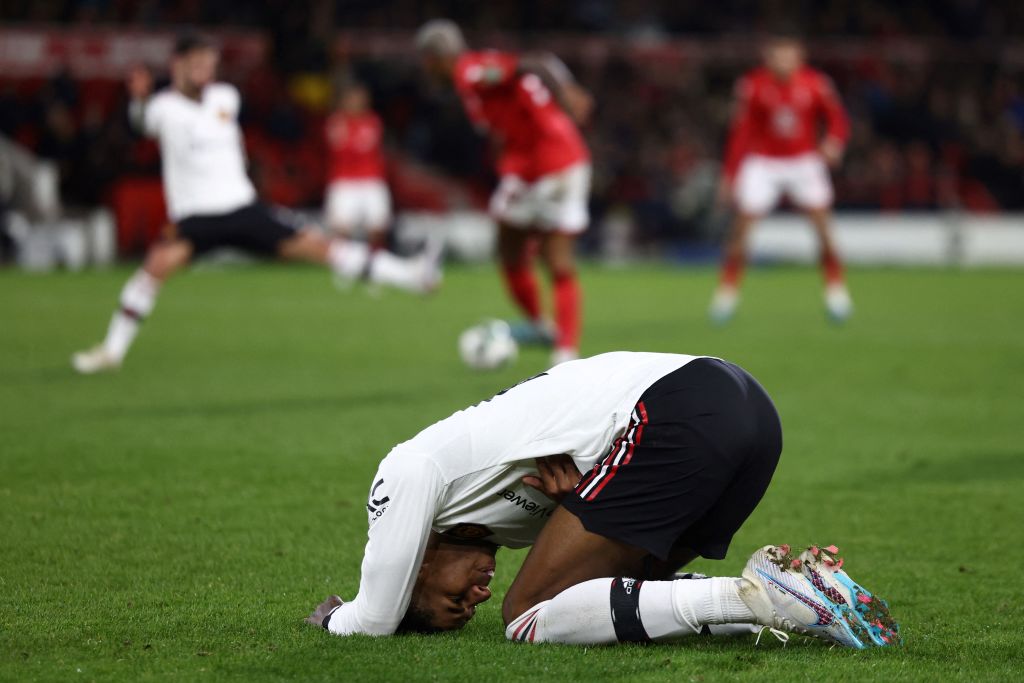 Erik ten Hag provided a fitness update on Marcus Rashford after Manchester United’s Carabao Cup win over Nottingham Forest on Wednesday with the forward subbed off after he took what looked like an elbow to the chest.

Rashford scored after just six minutes in the semi-final first-leg clash – his 10th goal in 10 games – the most of any player for clubs in Europe’s big-five leagues following the World Cup in Qatar.

The 25-year-old England international was replaced after 57 minutes, with Dutch boss Ten Hag opting to give him some rest and bring on Alejandro Garnacho.

Ten Hag was quizzed about the elbow incident in his post-match interview with Sky Sports, insisting that Rashford was okay.

‘We had already planned the substitute,’ he said. ‘Marcus Rashford did his job and scored another goal so we were in a good position.

‘Alejandro Garnacho is really hungry to play games and to get minutes and also to come into the team.’

Reflecting more generally on United’s win over Forest, Ten Hag added: ‘I’m happy with the performance and I think over 90 minutes we controlled it.

5 – Marcus Rashford is the first @ManUtd player to score 5+ goals in a single League Cup campaign since Carlos Tevez in 2008-09 (6). Energy. #NFOMUN pic.twitter.com/GecIs6kuqW

‘There was one moment that could have changed the game and that is where we need to improve but overall we controlled it.

‘They changed the system and we didn’t anticipate that. It can’t happen.

‘That is still a moment where we have to learn and improve as a team if you want to be top. Those moments can’t happen.

‘We dictated it totally then in one moment it can change. We need to avoid that.

‘I think in the second half we were much more composed and we tracked them. It was much better.’