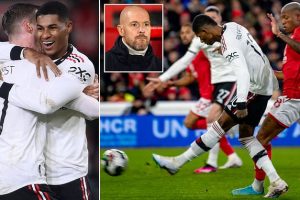 ‘He’s UNSTOPPABLE’: Erik ten Hag heaps praise on Marcus Rashford after his brilliant opener against Nottingham Forest made it 10 goals in 10 games and moved Dutchman a step closer to his first Manchester United trophy

United are all but through to the final of the Carabao Cup as Rashford and Wout Weghorst scored in the first half, before Bruno Fernandes struck the third late on to make next week’s return leg a virtual formality.

Rashford burst Nottingham Forest’s bubble in the sixth minute, charging from inside his own half, beating Remo Freuler and Joe Worrall and shooting past Wayne Hennessey – marking his 10th goal in his last 10 matches. 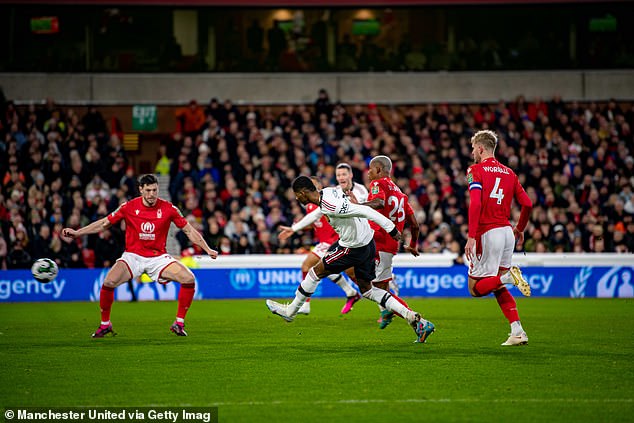 ‘A lot of players are playing really well but I am happy with Marcus,’ said Ten Hag. ‘In terms of his performance and development, from the start of the season he is growing.

‘We have to keep this process going and in the first place he is responsible for that. With this mood and this spirit, I think he is unstoppable. It is up to the team to get him in the right positions.

‘In possession we have a plan, but then we have some players like Marcus who can do some crazy stuff that nobody expects.

‘From a result perspective we bounced back from losing at Arsenal and the performance over 90 minutes was OK. The second goal before half-time was important as it calmed the team down and the second half was much better.’ 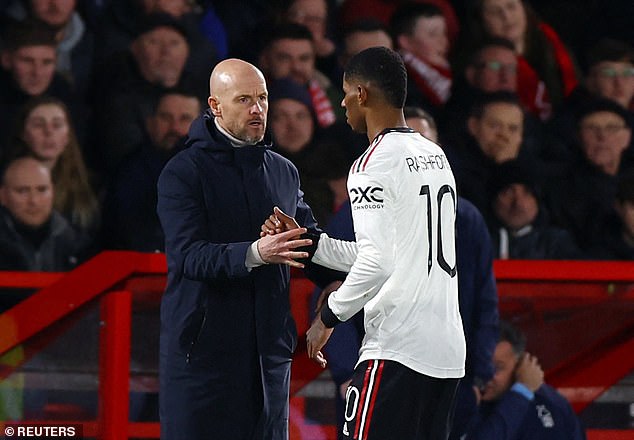 Despite the convincing win, however, Ten Hag was keen to highlight his side’s lucky escape in the opening period.

United were leading 1-0 when they gave the ball away high up the pitch, allowing Forest to break quickly. Sam Surridge found the net only for the goal to be ruled out following a VAR check, for an extremely tight offside.

‘One moment could have changed the game,’ said Ten Hag. ‘In the first 20 minutes we played really well, scored a great goal and created some good chances. 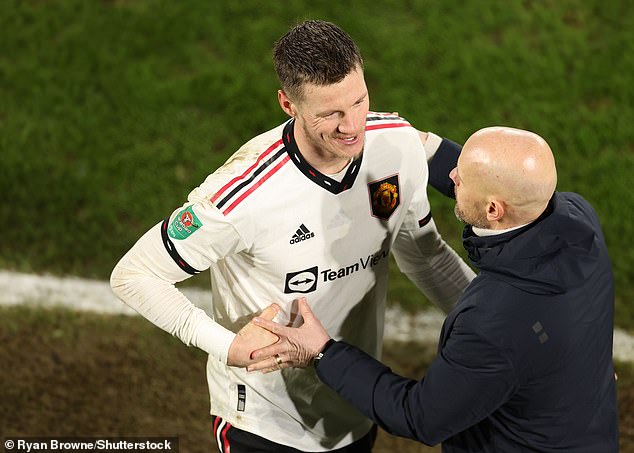 Wout Weghorst, Ten Hag’s new signing, also scored for the Red Devils on the cusp of half time

‘But then we allowed them almost to come back in the game and that can’t happen. I would say it was a learning moment. We dictated it totally then in one moment it can change. We need to avoid that.’

Forest boss Steve Cooper was left furious at his team’s defending as he acknowledged they have little chance of overturning the result in next week’s second leg at Old Trafford.

His evening was also soured by an injury to Morgan Gibbs-White, who sustained a knock to the ankle which will be assessed in the coming days. 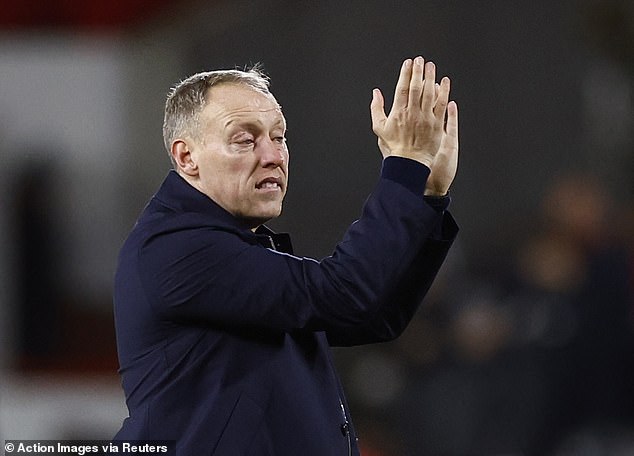 Cooper said: ‘Rashford is one of the form players in the country so to allow him to do what he did was disappointing.

‘We had a marginal offside in the first half that meant our goal was disallowed but maybe we shouldn’t have been offside in that situation. We had the time and space to get it right.

‘It was our own doing. United were good tonight but we had to do better with the goals.’