Manchester United boss Erik ten Hag praised the “unstoppable” Marcus Rashford after his brilliant goal against Nottingham Forest helped his side put one foot in the Carabao Cup final.

Rashford scored for the 10th time in 10 games since the World Cup to put United on course for a comprehensive 3-0 first-leg semi-final win at the City Ground.

The 25-year-old is arguably the in-form player in the country at the moment and produced a moment of individual brilliance as he ran 50 yards and then converted at the near post.

Wout Weghorst’s first goal for the club and Bruno Fernandes’ late strike means that only a miraculous turnaround in next week’s second leg at Old Trafford will stop United from reaching the February final.

If Rashford continues this form, having scored in every round of the League Cup so far, he could well fire United to silverware which would end a five-year trophy drought. 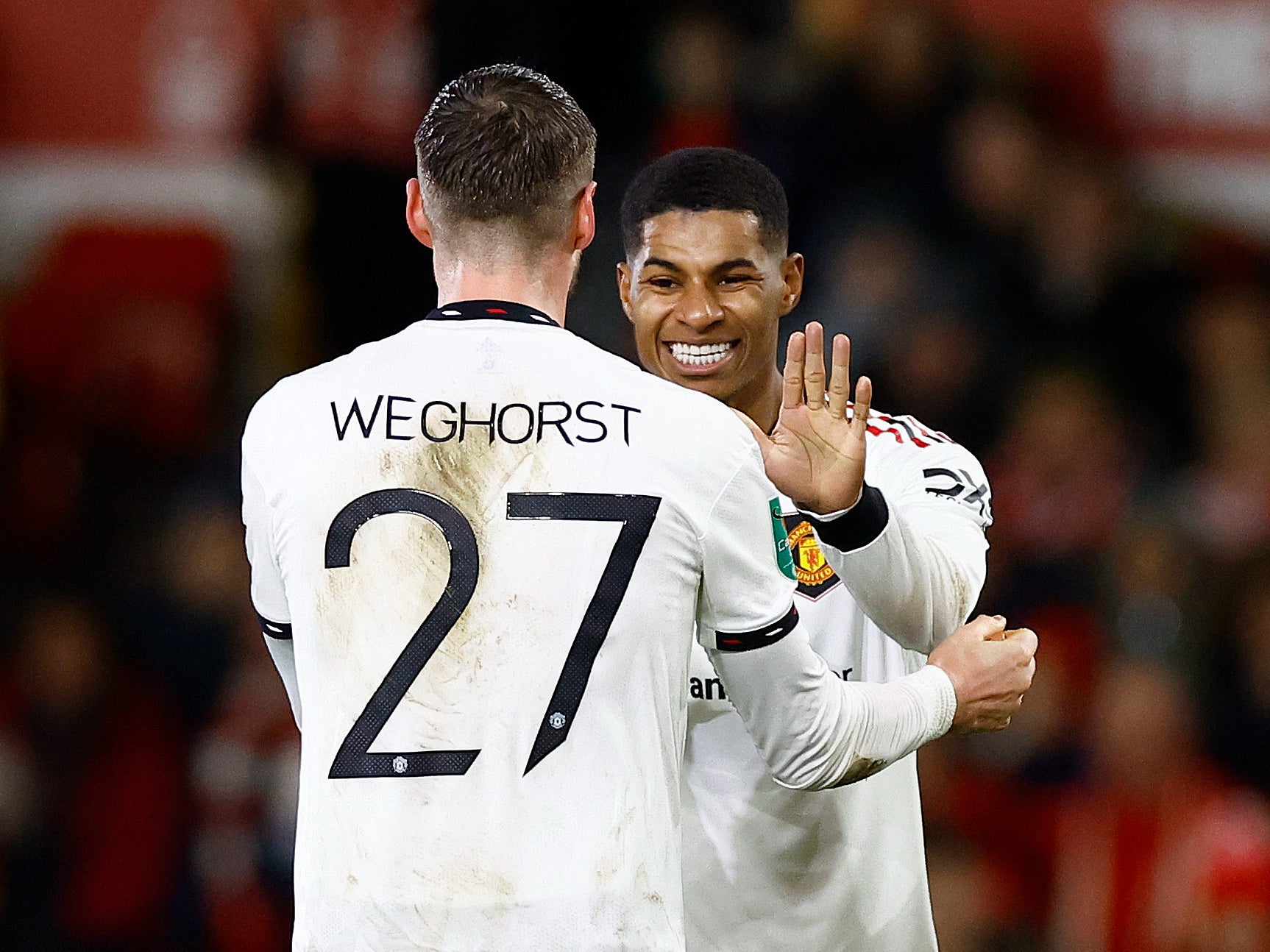 Ten Hag said: “There are more players who are playing really well but I am happy with Marcus’ performance and his development.

“From the start of the season he is growing and he keeps doing that and what we have to aim for with him, and he is responsible for that, is to keep this process going.

“If he is in this mood, this spirit, he is unstoppable and it’s about the team to get him in the right positions.

“Also, possession, we have a plan but finally is also the intuition, the creativity of an individual like Rashy is to create chances.”

The Dutchman was also pleased to see January recruit Weghorst break his duck after his loan move from Burnley.

“For strikers, it’s always important (to score),” he said. “I think he did a great job at Crystal Palace and Arsenal with pressing, with targets and movements.

“The goal from Bruno at Crystal Palace, he was part of it because he makes the right movement to the front post.

“The goal of Rashford at Arsenal, he was part of it by dragging the centre half away but strikers are there to score goals and when they don’t score they’re not happy.

“So it’s important for him, for his confidence as well that he scored that goal. And this is one of the ways to score goals – by being in the box, being present.” 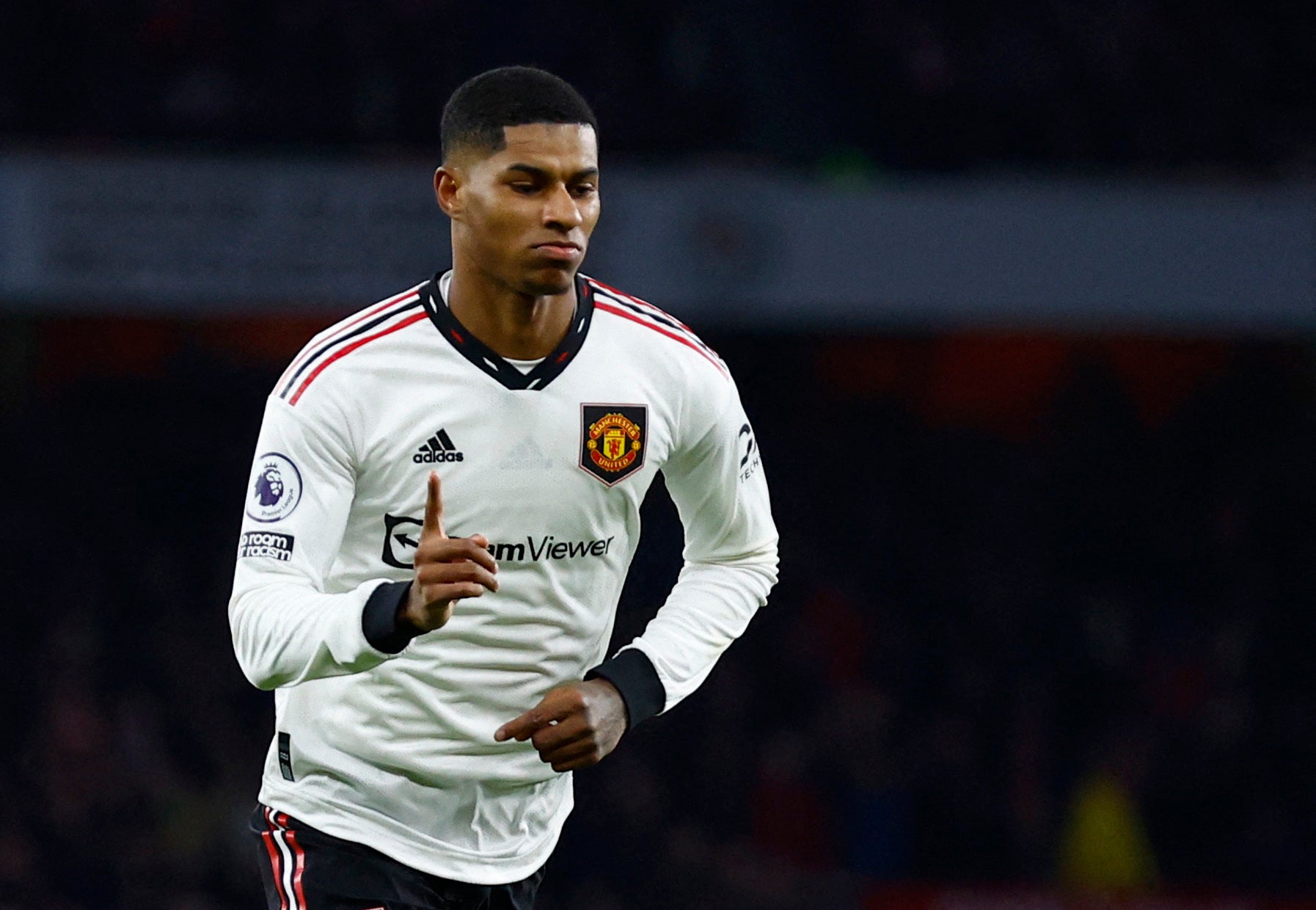 Forest, whose history in the League Cup is almost as rich as United’s with four titles in 12 years under Brian Clough, will see this as a missed opportunity to go to Old Trafford next week with something to hold on to.

They had a strong period in the first half where Sam Surridge had a goal disallowed and Morgan Gibbs-White and Brennan Johnson had decent opportunities.

But Cooper knows it is almost mission impossible next week.

“It’s a really disappointing scoreline. With the two-legged affair the last thing you want to do is go to Old Trafford for the second leg with the result we got tonight,” he said.

“That is the most disappointing thing. The manner of the goals, from the timing of them to how they have come about.

“Rashford is one of the most in-form players in the country so to allow him to do what he did was disappointing.

“I think it is going to be incredibly tough next week. We have to be very professional and set some objectives to give ourselves an opportunity and also to make sure we go into the game and come out of it in a better place than we went into it.”