Eric Dier seeing similarities between Conte and Pochettino at Tottenham 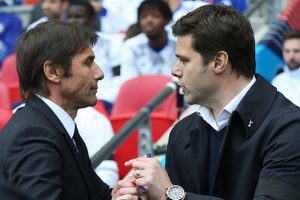 Eric Dier reckons it is back to the future under new Tottenham boss Antonio Conte – with an Italian twist.

Conte has just completed two weeks on the training ground, putting those Spurs players not on international duty through rigorous double sessions.

That group included out of favour England defender Dier – and, having survived to tell the tale, he has nothing but praise for the grueling-yet-enlightening workouts.

Indeed, he insists the punishing schedule under Conte bears many of the hallmarks of former N17 coach Mauricio Pochettino.

And ahead of today’s home clash with struggling Leeds, Dier declared that is positive news for all concerned.

“It’s not the first time that myself or anyone else has trained in this way. Anyone here during the Pochettino days knows what a tough session feels like.

“And there have certainly been some over the last few weeks. Some really tough sessions – running sessions, and working without the ball.

“But at the same time it’s enjoyable. It creates a stronger bond between the players to get through those tough sessions together.”

If Conte is renowned for his 24/7 workaholic ethic, the ex-Chelsea, Juventus and Inter Milan boss is also deemed a master tactician. Especially at the back.

In his first season at Stamford Bridge in 2016-17, he famously switched to a five-man defence after losing bady at Arsenal – and sparked a remarkable title-winning upturn in results.

It might be too much to expect Conte to do the same this season with Spurs after he replaced sacked Nuno Espírito Santo only last month.

The gap to the top for the North Londoners stood at ten points coming into the weekend.

However, Dier is simply fascinated as to how the formation operates when the former Italy manager is at the controls.

“It’s been interesting to see first-hand the way he implements the system and how he wants it to work and be played,“ he said.

“Obviously I’ve played against it in the past when he was at Chelsea and remember, very well, trying to contain his system.

“Now being the protagonists of it is really interesting – and playing it in a way I’ve never played it before is enjoyable to learn. The manager’s attention to detail is incredible, amazing.

“There’s a still a long, long way before we can improve the system as the he wants it. But he’s had incredible success with it wherever he’s been. He has the history to back it up. “

If Tottenham produce a higher, more aggressive press with Conte in the dug out, it should mean a belter of a contest this afternoon against Marcelo Bielsa’s equally live-wire Leeds.

Dier admitted: “Leeds are interesting. It’s controlled chaos from them. They know what they’re doing but try to cause the other team to feel it’s completely chaotic.

“We played them twice last season, and their identity is unique and very difficult to play against. They’re well organised and drilled – physically they’re extremely impressive.”