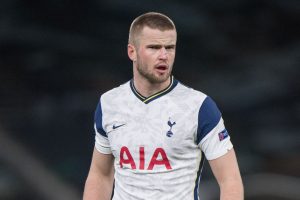 Eric Dier has claimed he gets “unfair” treatment and was made a scapegoat for Tottenham ’s failings.

England international Dier endured a difficult season under Jose Mourinho as he started the campaign at centre half but then found himself left out in the cold after shouldering the blame for defensive mistakes.

Dier, 27, says he has back to better form now and has started the last three games after being restored to the starting line-up under caretaker boss Ryan Mason.

But while Dier said he was not pointing the finger directly at Mourinho, he clearly feels that he has shouldered much of the blame generally this season.

Dier said: “ I've got mixed emotions towards it really. At times, I feel like it's a bit unfair and a bit… I'm trying to think of the right words… but sometimes I've made a mistake or something has led to a goal and one mistake is talked about like it's four or five. I've felt that at times.

“As defenders, you're always going to make mistakes at times and the most important thing is how you react to them. I think fans have seen what I can do in glimpses, especially at the beginning of the season.

“I think I had a very good first six months and it dropped a little bit for a few games. But I feel like I've been back to a good place for a couple of months now.

“I'm really happy to have played the last three. I've felt good in those games. I want to be playing, I want to be performing to a level I know I can. I believe I can still perform to a much higher level. I'm happy to be playing, obviously, and I've just got to keep working hard and improving.

“it’s just the narrative I see that is painted of me, at times. It doesn't really bother me too much. I just think it's a bit unfair at times. It's football. I just need to worry about myself and keep trying to do better.