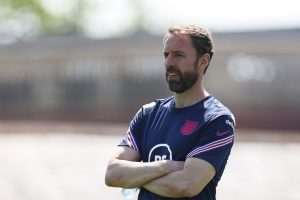 James Ward-Prowse, Ben Godfrey, Ollie Watkins, Jesse Lingard, Ben White and Aaron Ramsdale will all be licking their wounds after missing out on England’s squad for Euro 2020 – but it might not be the end of their involvement.

As it stands, the slain six will play no part at his summer's tournament after being cut from the roster by Gareth Southgate.

The Three Lions boss is allowed to name a maximum of 26 players, but there are certain caveats that allow him to change who’s included.

Southgate has the ability to make unlimited replacements before the first match of the tournament under special circumstances.

Those circumstances include any serious injury or illness to a player named in the 26-man squad – including Covid-19 scares.

The criteria is not unique to Euro 2020, with Michael Dawson replacing Rio Ferdinand at the 2010 World Cup after the Manchester United defender injured his knee during England’s first training session in South Africa.

“They say a week is a long time in football and that has certainly been true for me!” Dawson said at the time.

“I was obviously gutted when I got the call last Tuesday to say I would not be part of Mr Capello’s 23 – but here I am in South Africa.

“It is like fate has been on my side because I could quite easily have been on a beach somewhere.”

Fate has already befallen one England hopeful this week after Mason Greenwood was ruled out of the tournament for treatment on an “underlying injury.”

Ramsdale, who was named in the provisional 26-man squad before being cut on Tuesday, can also hold out hope of a late call-up from Southgate.

Goalkeepers can be replaced during the tournament in the event of ‘physical incapacity’ even if the national side still has two fit goalkeepers available.

However, a player that has been replaced will be out of the squad for good and cannot be recalled even if they return to fitness midway through the competition.