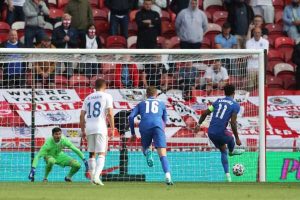 As far as pre-tournament warm-ups go, two wins from two and only one major injury to report qualifies as a success, but Gareth Southgate will hope for a much greater fluency from his players this time next week, and greater unity in the stands as well. With that opening game of Euro 2020 against Croatia at Wembley on the horizon, England managed a narrow win over an ordinary Romania outfit at the Riverside Stadium, courtesy of Marcus Rashford’s second-half penalty.

This was as low-key as the win over Austria by the same scoreline at the same stadium, but marred by the same embarrassing jeers from England supporters for the pre-match taking of the knee. The fall-out from this game will be dominated by the crowd’s mixed – at best – reaction, and it appears as though it is a theme that will run throughout the summer, despite Southgate’s passionate and eloquent defence of the decision to continue with the anti-racism gesture.

The applause of some fans at the Riverside was long, loud and pronounced but then so was the booing of others. It was altogether a more vociferous reaction than against Austria on Wednesday, fuelled by days of debate, and as though many of the 7,000 in attendance had picked a side and were determined to be heard. The result was a splintered, broken reaction reflective of a splintered, broken country, and it is not an ideal backdrop heading into a major tournament.

After all, England have plenty to deal with on the pitch too. The somewhat disjointed nature of this performance can be put down to the number of players unavailable to Southgate and some, like Jack Grealish, Jadon Sancho and James Ward-Prowse, took their chance to impress and play their way into their manager’s thoughts. But others, particularly those in defence, struggled to contain opponents who have failed to qualify for the tournament and are ranked 43rd in the world.

Southgate described England’s preparations as the most complicated of any country to qualify for this summer’s tournament and the starting line-up for this final warm-up showed why. Not one of the eleven could be described as a guaranteed starter against Croatia in a week’s time, while there were still no Chelsea or Manchester City players in the matchday squad given that they had only spent two days at camp.

With that lack of options came opportunities, though. Rashford captained his country for the first time, third-choice goalkeeper Sam Johnstone made his international debut in goal while three of the standby players hoping to take Trent Alexander-Arnold’s place in the squad also started. Ben White lined up in the centre of defence and Ben Godfrey became Southgate’s latest candidate to start at right back but it was Ward-Prowse who made the most compelling case for inclusion. 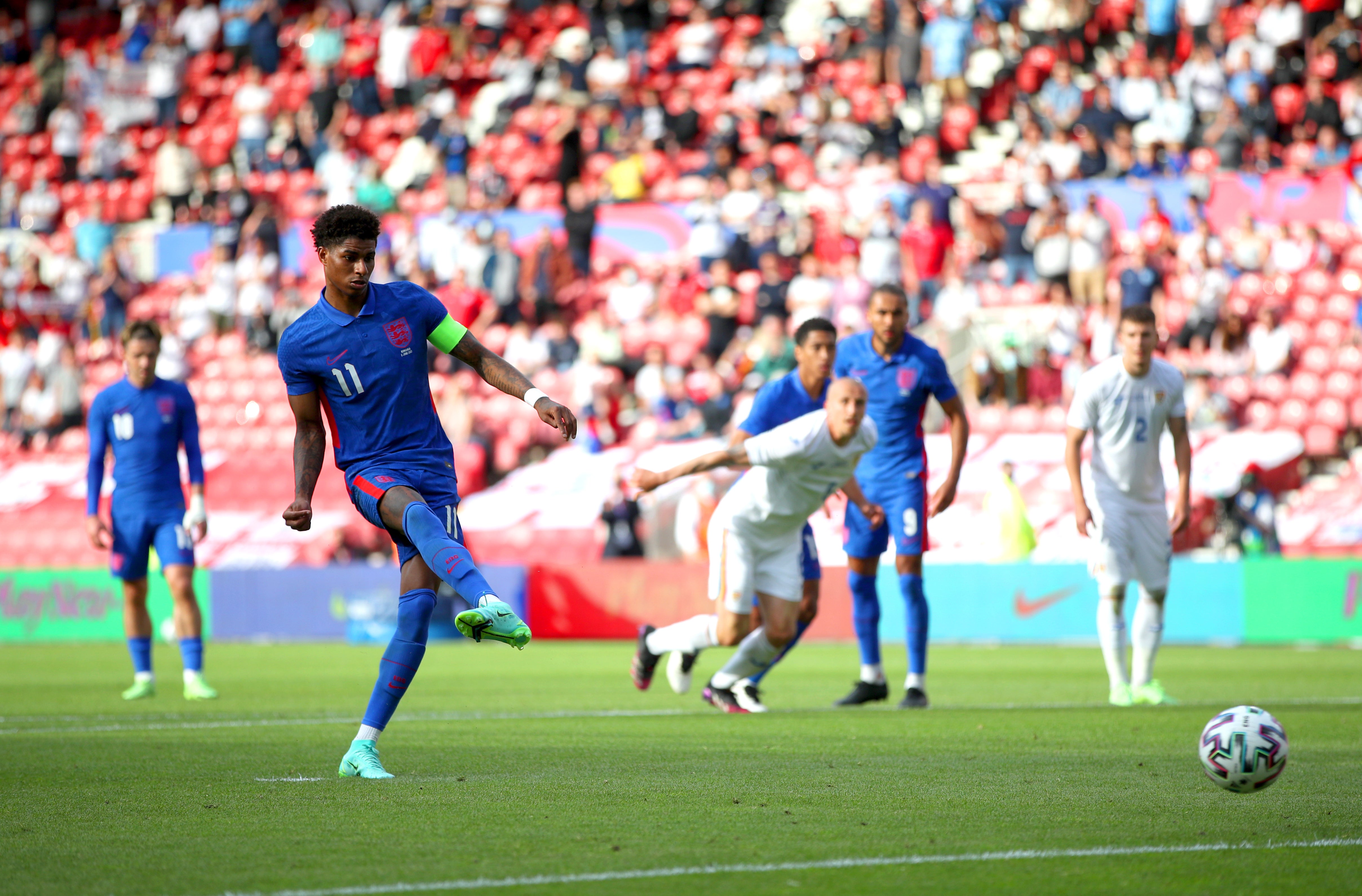 As this makeshift England struggled to take hold of this contest in its opening stages, with Tyrone Mings’ lapse of concentration almost allowing Denis Alibec to convert an early corner, Ward-Prowse’s energy and hard running in midfield covered the gaps. The Southampton midfielder’s unique set-piece delivery would also be an asset, as he demonstrated with the exquisite delivery of one free-kick that Dominic Calvert-Lewin sent crashing against the crossbar.

England hit the woodwork again shortly after, through another player whose talents have perhaps not been fully appreciated during the build-up to this tournament. Sancho’s reputation in his home country has suffered slightly from an injury-interrupted season away from the Premier League’s spotlight but a majestic spot of interplay with Grealish opened up space inside Romania’s box for a shot which dipped towards the top right-hand corner but clipped the crossbar.

Sancho was England’s liveliest player during the opening 45 minutes, and Southgate had certainly seen his side come the closest to scoring, but that did not tell the whole story. England were also being cut open with an alarming regularity and being pulled out of position too easily. Johnstone was forced to repel several speculative Romanian attempts during the first half and had to stretch to deny Sorescu Deian Cristian with his legs at its close.

There were more promising moments for Romania when both sides reemerged, with Alexandru Cicaldu capitalising on some loose shape out of the possession to speed through and shoot wide, and it was indicative of England’s struggles to break their opponents down that they required a penalty to take the lead. It was soft, too. There was definitely some contact between Grealish and substitute Tibieru Capusa but it was minimal. Rashford stepped up and confidently rolled the ball past goalkeeper Florin Nita.

Romania still posed a threat, however. Johnstone was called upon again a few minutes later, reacting quickly after Mings made amends for his several earlier lapses by blocking a shot from Cicaldau. The rebound fell kindly for Andrei Ivan and though his powerful strike bypassed Mings it was turned away by Johnstone. The West Bromwich Albion goalkeeper impressed and now has more international minutes than Dean Henderson, Southgate’s supposed second-choice.

Calvert-Lewin’s physicality began to have a greater bearing on proceedings, leading to England’s second penalty after a high challenge by former Tottenham defender Vlad Chirches. With Rashford having departed, the returning Jordan Henderson stepped up in the hope of scoring his first international return on this first appearance of any sort since February. He failed, sending a tame effort low to Nita’s right that was easily pushed away and gathered on the rebound.

It was the penalty of a player who has not played for nearly four months and is only just fit again after a serious groin injury. Calvert-Lewin, perhaps, should have taken it instead. Still, a two-goal margin would have perhaps been generous and too much can be made of what happens in these warm-ups. Southgate will simply be happy to have negotiated them at little cost in terms of form, morale and injury, though preparations could have gone better both on the pitch and in the stands.