Danny Loader has been linked with Manchester United this week. Apparently they’re one of a number of high profile clubs keeping tabs on the exciting 19-year-old forward.

He is a player Jaap Stam, his erstwhile Reading manager and someone who knows exactly what it takes to be a United player, described as ‘a killer in the box.’

And here we saw a little glimpse of Loader’s lethal instinct in front of goal as he scored one and created another in what was ultimately a comfortable England victory. 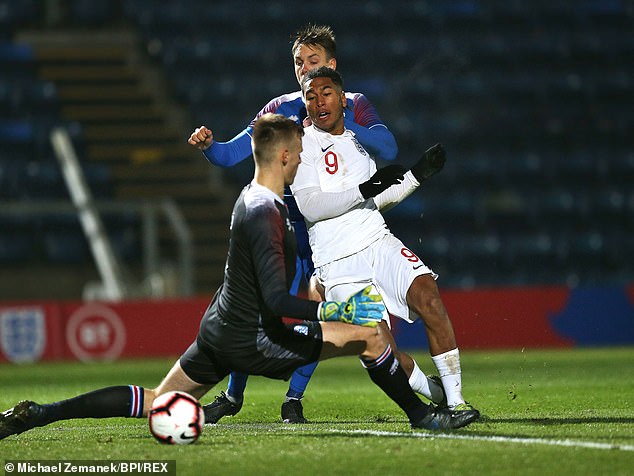 Ole Gunnar Solskjaer would approve, you’d imagine, of the way Loader worked space inside a crowded box to break Iceland’s resistance early in the second half.

Likewise the fancy footwork to tee up Manchester City starlet Ian Poveda-Ocampo for the first of his two goals to set the seal on England’s night.

Loader has been pushing for a Reading first-team place but has started just one Championship and one EFL Cup game so far in what has been a turbulent season.

A step up to Old Trafford would be remarkable for someone so unproven, but perhaps they see his potential. In fairness, with match-winning displays like this, anyone can spot it. 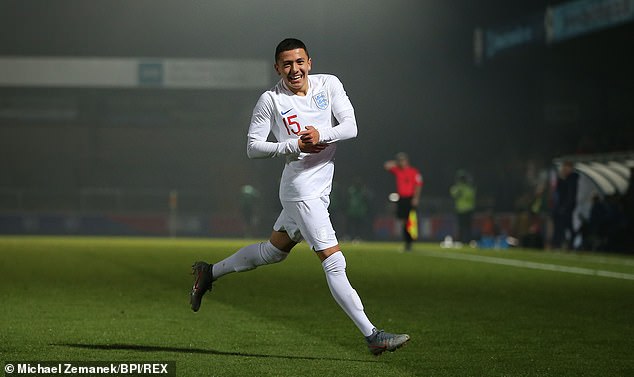 Given his young career started in Wycombe’s academy, it was a fitting place to showcase his talents.

England entered this one with confidence high after an eye-catching 4-0 win in Portugal on Thursday though coach Keith Downing shuffled his pack here, with only Joel Latibeaudiere and Angel Gomes keeping their starting places.

Indeed, it’s been a decent 2019 for the under-20 side, who currently sit third in the Europe-wide Elite League, though this was simply a friendly with no points at stake.

On an evening so chilly you could see each players’ breath at Adams Park, there was precious little entertainment early on as England probed away.

Iceland almost gifted them an opener, with an under-pressure clearance ricocheting off a defender and forcing keeper Elias Rafn Olafsson into an agile save. 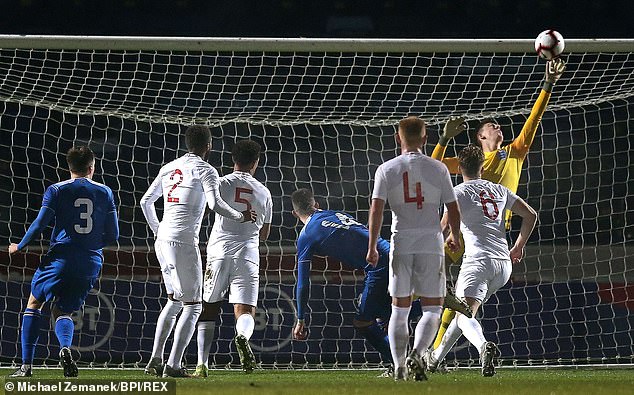 There was particular joy down the right side for the Young Lions, with right-back Jayden Bogle of Derby County supporting Luke Bolton, the Manchester City youngster making a return to Adams Park after his loan spell at Wycombe earlier this year, to good effect.

Substitutes not used: All used

It was from this side that Middlesbrough’s Marcus Tavernier delivered a teasing free-kick that flew across the six-yard box untouched and dropped just wide of the post.

And Bolton produced more good work down the right flank to tee up Tavernier for a shot from range that had to be charged down.

Other England players struggled to make a first-half impact. Manchester United starlet Angel Gomes, who has started two of their Europa League group games this season, saw little of the ball.

And as the half drew on, Iceland started to pick holes themselves. Valdimar Thor Ingimundarson was slipped in behind England lines and attempted to round keeper Billy Crellin.

He appeared to have succeeded but Crellin, spending the season on loan at National League struggler Chorley from Fleetwood Town, recovered well to smother.

Gomes finally sprung into life in the final third just after the break, driving infield after grabbing the ball on the left and curling a shot high and wide.

It was a positive sign of intent for England and their next venture forward yielded the opening goal. Loader must take all the credit, bursting into the Iceland box on the right side, twisting his way into a shooting position and finishing coolly under Olafsson. 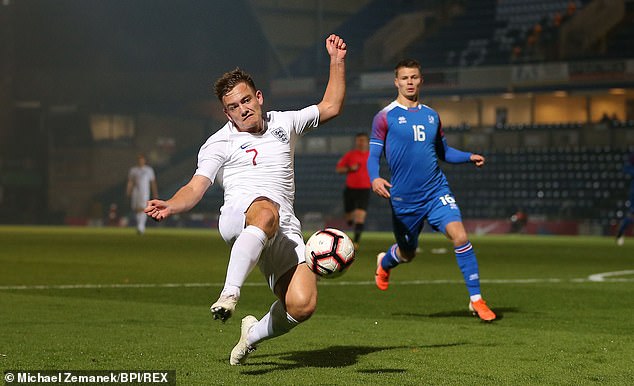 A cheeky dummy by Gomes allowed Jack Clarke clear down the left and his low cross was met by Bolton, whose shot came back off the base of the post.

Clarke was soon scampering away again, far more involved than before the interval, and another low cross had to be turned away by Olafsson.

The pressure continued to mount and another classy bit of footwork by Loader inside the Iceland box sparked the second goal with 20 minutes to play.

His sweet feet fooled a defender and created space for a low cross into Poveda-Ocampo, on the field for about 10 minutes. He took a controlling touch and slotted home from close range.

And having got a taste for scoring, the Man City forward netted again two minutes later. It was a fine individual effort, driving in from the right side along the edge of the box before a sweet left-footed strike into the far bottom corner.