England set to rotate for Nations League clash against Switzerland

‘We’ll probably have to make some changes’: Gareth Southgate set to rotate for England’s Nations League clash against Switzerland with John Stones’ role under scrutiny

Southgate has been encouraged by the response of his players after they suffered another semi-final defeat, beaten 3-1 by Holland after extra-time on Thursday night in Guimaraes.

Manchester City centre-back Stones was culpable for two of the Dutch goals, outmuscled by Matthijs De Ligt at a corner and then later robbed by Memphis Depay as he dithered on the ball, while also playing Ross Barkley into trouble ahead of the third. 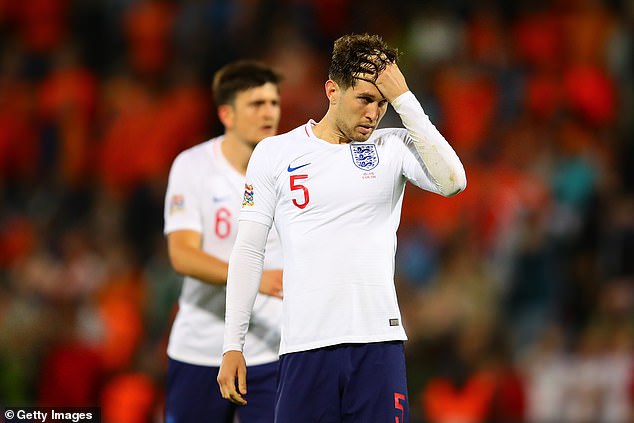 Southgate, though, remained tight-lipped over just how much he would shift things around against the Swiss.

‘We’ll probably have to make some changes,’ he said at a press conference on Saturday afternoon.

‘We’ve got doubts over (Ben) Chilwell, (Marcus) Rashford, (Jordan) Henderson. There are a few more to check. I don’t want to make wholesale changes,’ the England manager said.

‘We lost an important game on Thursday. We’ve got thousands of fans here and we have to make sure our performance is one that gives them something back.

‘Every time we take the field, we are learning. No England international is a practice match.’ 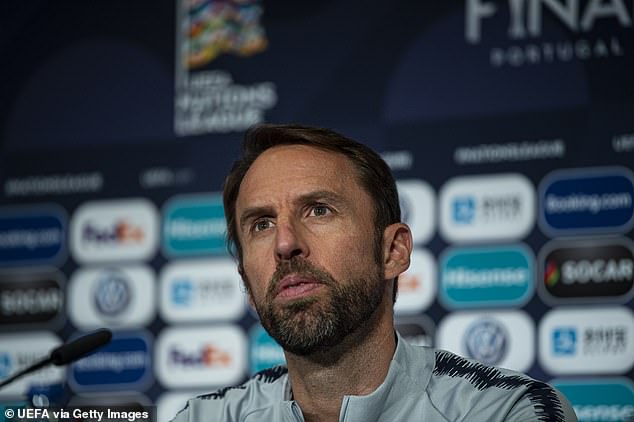 Despite the disappointment of Thursday night, Southgate maintains the group continue to grow on from their World Cup exploits in Russia last summer and on the road towards Euro 2020.

‘We are at the stage now where as a team we are close to getting into finals and the opportunities to win trophies, but we haven’t got there yet so everybody is disappointed with that throughout the camp,’ Southgate said at a press conference.

‘What is encouraging is that it is very clear that the players are highly motivated as we go forward that they know that we have to be spot-on with the way we prepare, so I’ve seen positive signs within that response and absolutely we should be disappointed with the outcome.

‘The match (against Switzerland) will be different to the semi-final. We want to finish the season on a good note.’

Jesse Lingard was denied a goal by video technology which would have put England 2-1 ahead with seven minutes remaining against Holland, but Southgate applauded its use despite the setback. 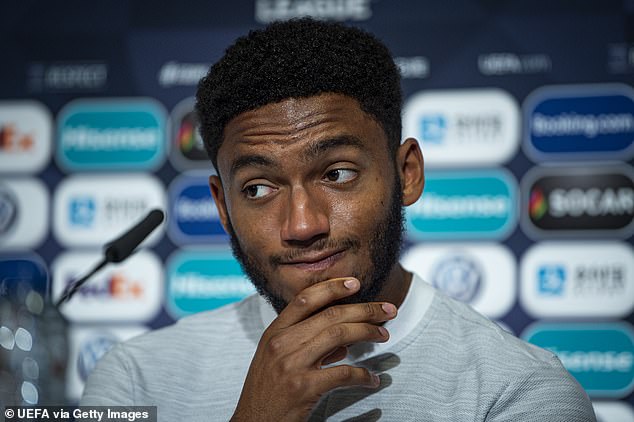 ‘I think with VAR, the big calls in the Champions League and in the game the other night were correct. So we have no complaints about the way it was used,’ he said.

‘It went against us this time. None of their players thought it was offside, but of course it was and unfortunately we didn’t get the call on that occasion.’

Liverpool defender Joe Gomez is hoping to get some game time, having been an unused substitute on Thursday night following his return to the England camp after Champions League success in Madrid.

‘I’m still early in my England career and I’m definitely a long way from losing my desire to play for my country.

‘It’s an important game that’s going to be difficult. They’ve got top-quality players. It’s still a game to challenge for. We’re in a position where there’s four teams in the finals for a reason.’