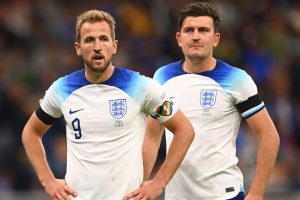 England have been relegated to League B in the Nations League following a 1-0 defeat to Italy at the San Siro in Milan on Friday night. The Three Lions are five games without a win and needed to beat Italy and also Germany on Monday to stay up but Giacomo Raspadori’s second-half goal was enough for the European champions, who will be absent from the upcoming Qatar World Cup, to condemn the Three Lions to the drop.

One early nervy moment where he fumbled ball round the post. Otherwise sound and commanding.

Always looks composed but there is usually one slip-up in him. Needed to be nearer Raspadori for the goal.

Reclaimed his shirt with the confidence Antonio Conte has given him. Tidy influence at back.

Looked ungainly at times, but had little help from Saka and Sterling down left flank and survived. 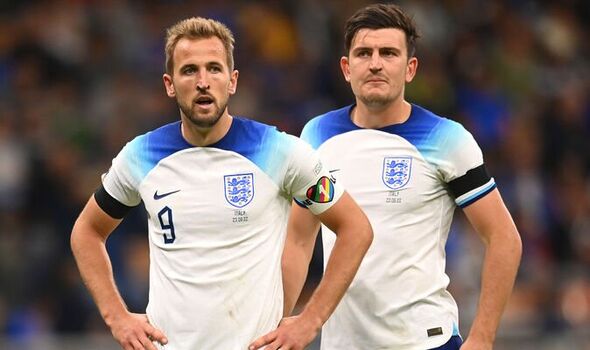 England needed to use his pace as an outlet more if they want to hurt well-organised teams.

He worked hard to stay in the midfield battle but could not turn defence into attack as quick as Jorginho.

Flashes of skill with Phil Foden are promising for the future but he needs him to make things happen now. Headed late chance over.

Looked lost as a left wing-back, treading on Sterling’s toes too much. Play him forward or not at all.

A couple of times he threatened to burst into life but needs to get himself on the ball more somehow. 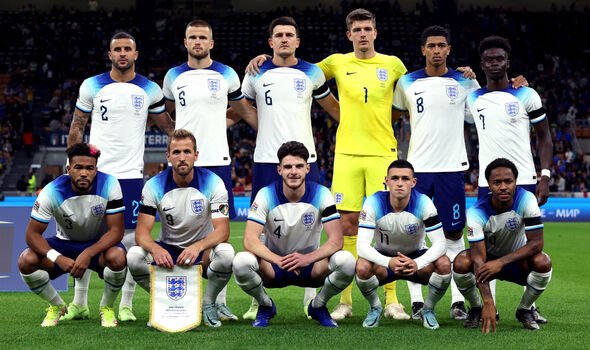 One long-range shot showed when he’s on the ball, anything’s possible. Link-up play not as sharp as usual.

England’s best player because his reading of the game often put him where he could hurt Italy – or thwart them.